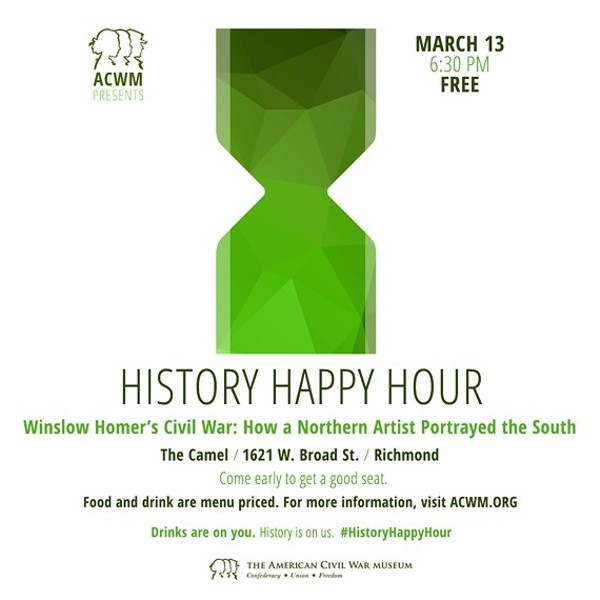 American artist Winslow Homer created paintings and illustrations that are widely considered among the most powerful and iconic pictures of the Civil War. Though he depicted primarily Union subjects, his representations of Confederates reveal much about Homer’s complex, sometimes conflicted vision of the war and its effects on American society. Led by Karen Sherry, American Civil War Museum.

Price: Free. Drinks are on you, history is on us.