Philly’s Purling Hiss leads the charge to save guitar rock. 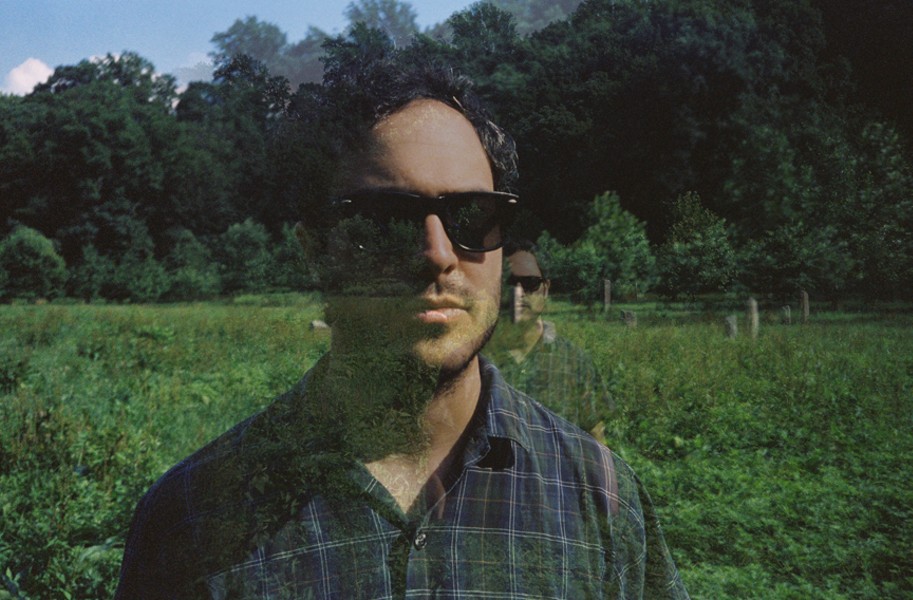 "Right after this interview, I'm hopping on the L train and going to a massage therapist," he says. "Five years ago, it's so stupid, I was drunk and jumped up on a wall in a parking lot and fell, separated my shoulder — the one I use to put the guitar strap over. Now I've got to stretch it, get some oxygen in it before this five-week tour."

If you've ever heard Purling Hiss, you know the trio relies heavily on the stratospheric guitar soloing of Polizze alongside his sleepy lead vocals, big '70s hooks and melodic songwriting. Just check out the memorable riff beneath one of his most popular songs, "Run from the City," and you'll hear the tune that first got the band wider recognition.

Nowadays his music most often is compared to Dinosaur Jr., Neil Young and Nirvana, featuring a distinctly '90s alt-rock vibe with chunks of late-'60s, early-'70s psych rock and punk. But it all started in Polizze's bedroom, with him performing everything and recording it on four-track.

"The band formed so quickly because in 2010, two months before Kurt Vile's tour, he asked me to get something together as an opener," Polizze says. "So we practiced a bunch and ended up starting the tour in Charlottesville. So that was the first place Hiss ever played."

"People have their own endeavors and it's all good," Polizze says. "Now Ben [Leaphart] from my other band, Birds of Maya, is playing drums. … and Dan [Provenzano], who plays bass in Spacin', is filling in for this tour. We're getting it down."

The bigger effect on the live sound when it's performed at Strange Matter on Nov. 2 — featuring one of the best rock bills of the year with In the Red's Meatbodies also on tap — will be the lack of overdubs and extra players. The War on Drugs' Adam Granduciel, for example, contributes ghostly stand-up piano on recent Hiss records.

Polizze says he doesn't have the budget to tour with a larger group, but he didn't want any limitations on the new album. And "Weirdon" is better for it, veering from the jokey, British accent and Bob Stinson-guitar of "Sundance Saloon Boogie" to minor pop rock masterpieces such as "Another Silvermoon" and the catchy pop-punk burner "Airwaves," to the eight-minute album closer, the dirgelike "Six Ways to Sunday" that sounds like a lost Kurt Cobain classic as performed by Crazy Horse.

"There are a couple themes running throughout — a drunk person rambling about apocalyptic stuff, you know, it's just like Philly," Polizze says. "We wanted to tour as a four-piece but I don't think it's going to happen now. So it gives us a chance to embellish a little and jam the songs out a bit."

Each Purling Hiss record sounds different, which makes the band more interesting to follow. The early ones are far more lo-fi and scuzzy, at times almost indecipherable. The recent ones are more ornate and increasingly pop-influenced, allowing Polizze's skill with melody to come to the fore.

"I definitely learned about myself a little bit looking back," he says. "Part of me doesn't want to make the same thing twice. I think I adapt to whatever's around me creatively at the time. When I started it was all four-track stuff. Last couple albums were more fuzzed-out power trio, which is easier to do live."

The long solos may have subsided, but Polizze has a new Birds of Maya record in the can, so he clearly isn't going to stop kicking out the jams anytime soon.

"We're sort of in the middle of it now, but that'll come out sooner than later," he says. "Like, within a year. Maybe." S

Purling Hiss performs with Meatbodies, Together Pangea, A.J. Davilla and Terror Amor, and Mozes and the Firstborn on Sunday, Nov. 2, at Strange Matter. Doors open at 7 p.m. 18 and older. $12.