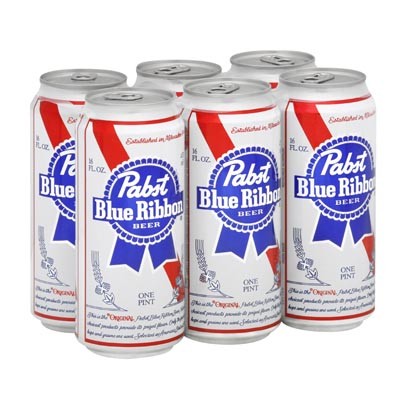 Thirsty hipsters have accomplished something we all can be at least ironically proud of: They've helped make Richmond a nationwide leader in consumption of Pabst Blue Ribbon beer.

Especially popular with tattooed creative types and college students, Pabst long has been considered a Richmond favorite. Now the company confirms that the Richmond market ranks third in the nation for PBR consumption per capita.

Richmond falls behind two other hipster enclaves: Portland, Ore., which is No. 1, and Asheville, N.C., says Amanda Marable, the marketing manager for Loveland Distributing Co., which markets the beer locally.

That lineup of cities comes as no surprise to Kelly O'Keefe, an advertising professor at the Virginia Commonwealth University Brandcenter. "I think that Richmond, like Portland and Asheville, has a really young, creative, forward-thinking population — a really great heartbeat of young professionals who are involved in the creative economy … and, for reasons that I cannot answer, Pabst has really become beer that has become part of that culture."

In shorthand, hipsters — "though they don't tend to self-identify as such," O'Keefe says. "It's a big class of folks, especially in Richmond, and yes, the hipster community has definitely picked up PBR."

While similar beers such as Schlitz and Schaefer's faded through the years, Pabst grew in popularity after it was discovered by younger drinkers who were charmed by its retro appeal and more-or-less inoffensive taste. "It was not one of these things that the brand tried to do," O'Keefe says. "It was picked up almost ironically by young hipsters and it has sort of remained a flagship brand for that class."

That's not to mention its price. At Sticky Rice in the Fan, drinkers with Sticky Rice tattoos get $1 PBR cans for life. Other customers can snap it up for $1 during happy hour from 5-6 p.m., and anytime before 9 p.m. if it's 100 degrees or hotter, or raining or snowing during the day.

Baja Bean in Richmond sells an average of 400 pints of Pabst a week. Jeff Allums, the managing partner of the restaurant, says cost is the No. 1 factor in high sales figures for the beer. During happy hour, a glass is $1.50 a pint. Still, he says, "it's not a bad tasting product."