The Hippodrome renovation is a remarkable Second Street success story. 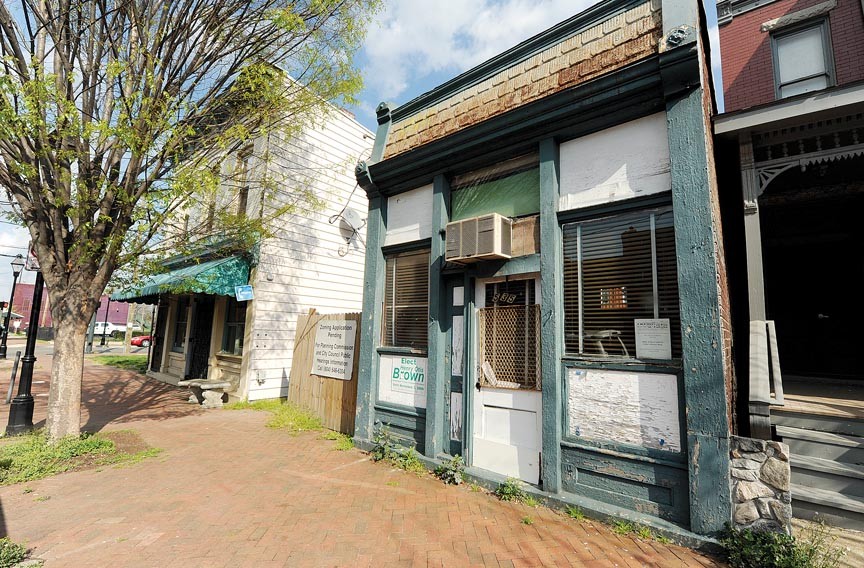 When a handful of Richmonders gather it isn't long before they're kvetching about local places and traditions that have disappeared: Friday night lights at City Stadium, Tantilla Garden dances, the Clover Room restaurant and Thalhimers department store.

Old-timers in the African-American community inevitably wax on about the glory days when North Second Street was a thriving commercial corridor and things jumped all night. True, the annual 2nd Street Festival rekindles memories, but Second Street — like much of Jackson Ward — is a fraction of what it was. Devastating carnage befell the neighborhood with construction of both Interstate 95, half a century ago, and more recently the sprawling Greater Richmond Convention Center.

But the big hit occurred with racial integration during the 1960s and '70s when Jackson Ward residents moved out. Too few remained to tend to the deteriorating infrastructure, much less the history of the place. Such landmarks as the original Consolidated Bank and Trust building and structures that housed John Mitchell's law practice, or that of Oliver Hill and Spottswood Robinson, were demolished.

Hostelries where brilliant entertainers and storied civil rights leaders spent the night also vanished. Most recently and inexplicably, the Eggleston Hotel, which stood at Second and Leigh streets, collapsed under cover of night after years of deterioration. Now the owners of the vacant lot where the hotel once stood intend to build a generic apartment building there. And shockingly, the city's given them the green light to demolish two adjacent century-old and architecturally sweet structures to enlarge their construction footprint.

So much for protecting this fragile but still-ballyhooed historic district — nobody cares anymore.

Well, this isn't altogether true. At 528 N. Second St., directly across from where the Eggleston Hotel was allowed to rot, the long-empty Hippodrome Theater has been gloriously and intelligently restored. This looming presence — both on the block and in the memories of old-timers — may be a modest art deco statement architecturally, but the theater turned versatile entertainment complex is the flagship of a larger multiuse project here. This includes three other buildings, one of which is the adjacent W.L. Taylor house, built in 1907.

The eclectic, brick, three-story mansion houses the well-reviewed Mansion Five 26 restaurant with its speakeasy club as well as 28 apartments on the upper floors and in adjacent new construction. While the exterior walls of Mansion Five 26 are painted a startling cream color and the roof a pastel shade of blue, once the shock settles, these colors enliven the once-staid old house.

The project was spearheaded by Ronald Stallings, a Richmond developer with not just vision, but also can-do moxie. He's served as midwife of numerous other restoration and development projects in Jackson Ward.

The Hippodrome has a long and fractured history which makes exploring its architectural provenance somewhat tricky. If historians differ on when it was built (some say 1904, others 1914), they'd agree there are no visible remains of that early structure. What we have today is a post-1945 fire reconstruction that reflects the last gasps of the art deco movement here. Like the Maggie Walker High School some blocks away (1937), this building is classicism at its most stripped-down. The symmetrical facade is composed of two outer bays, faced in pink concrete panels, that flank two stylized, silolike, engaged columns and a recessed center bay. The latter is broken up by five vertical glass block windows. Aluminum trim, terrazzo flooring and a new marquee animate the brooding front.

Inside, the auditorium had deteriorated into a barnlike space with no remaining detailing. In its lively re-creation, aside from the old projection both space, the interior has not been "taken back" to any original look — there wasn't evidence. Instead, it channels the spirit of the 1930s, '40s and '50s when such talents as Ethel Waters, Ella Fitzgerald and Ray Charles performed here. Colorful and, yes, jazzy carpets cover the floors. Oversized and classically inspired motifs adorn the walls. Because the stage has no proscenium, the performance space can be used in multiple configurations. A huge crystal or crystallike chandelier is a crowning and unifying touch.

Overall, the Hippodrome interior exudes a sense of casual luxury and, along with the exterior rehabilitation, goes a long way to bringing back the magic of the old days — but with contemporary flair.

Now if only we could save the much more modest but threatened buildings across the street. S