R&B singer Jarrard Anthony hopes to make a name for the Hippodrome's smaller cousin, the Speakeasy. 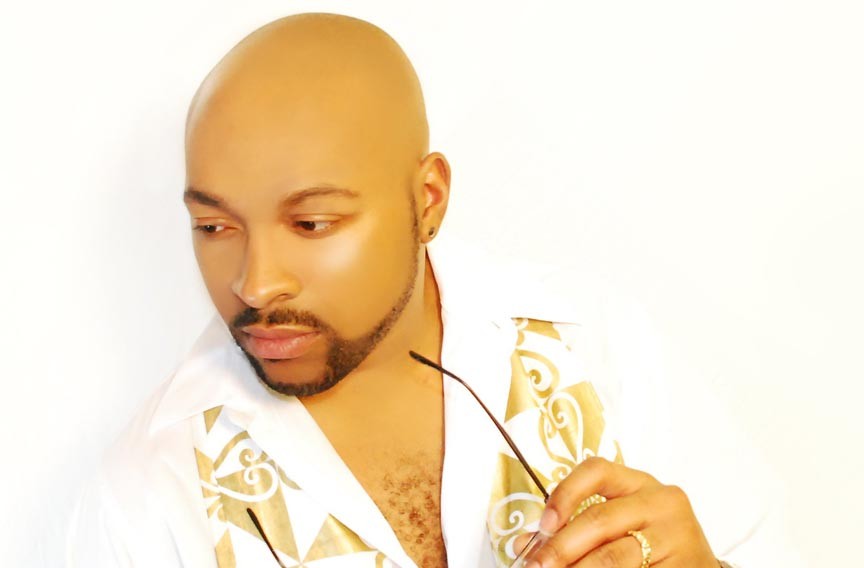 A tour of the restaurant adjoining the Hippodrome Theater, Mansion five26, impresses with its gorgeously articulated, '20s-era charm — artworks featuring famous jazz musicians hang on the walls within the room's warm, muted colors. At its bones is the Taylor mansion, once the private residence of early 20th century black banker, the Rev. William Lee Taylor.

Serving as impromptu tour guide, Hippodrome owner and developer Ron Stallings knows all about the history, some of which he shares while walking briskly, trademark scarf in tow, through the expanse of the former mansion. He's joined by fellow Richmond native and nationally recognized R&B singer Jarrard Anthony and his business partner, William Robinson.

It was Anthony who started a monthly acoustic-soul series, the Saturday Soul Social, which has gained local buzz since its launch in 2010. Formerly housed in the Hat Factory and Addis Ethiopian restaurant, the previously free event has brought to town notable urban-indie acts such as Alison Carney, Jon Bibbs and Green Tea.

Perhaps the series is just what's needed to jump-start the intimate, live music lounge attached to Mansion five26, called the Speakeasy. The Social begins a yearlong stint at the venue this month.

The Speakeasy is the smaller of the two performance venues that make up the overall Hippodrome multi-use facility, the other being the much larger and less frequently used theater. The Speakeasy, with its Prohibition-era aesthetic, complete with an alley entrance, is exactly the caliber of venue for which Anthony was aiming when he started the monthly social three years ago. As a national touring artist, playing gigs in such places as New York and Atlanta left him disappointed at Richmond's lack of intimate, historic rooms for such music events.

"If I go to Chicago, I know I can go to the Green Mill and see some jazz musicians that I know, as well as some that are right on the verge, with incredible talent, in this historic venue," Anthony says. He hopes to follow the model now that the series is finding a home in a space customized for music performance. The Speakeasy has a ritzy sound system as well as fancy lighting and a charming stage.

"So the Speakeasy is now where the programming is on a daily basis," Stallings says. The Hippodrome owner has faced questions about the few concert bookings at the venue, which reopened with much fanfare in October 2011. Tax subsidies helped fund the multimillion-dollar restoration of this early-20th-century-era gem, which was Jackson Ward's premiere theater during the early days of segregation. Previous promises of big name acts and Blue Note promotion never materialized, nor have local arts groups been able to afford to book the room regularly — and there have been questions in the past as to whether taxpayers who funded the project have reason to use it.

Stallings acknowledges that being a concert promoter isn't what he does, and that role isn't being filled by anyone else. He cites the high financial risk involved in booking major artists at the theater. "The business model that is just an entertainment venue is not sustainable," he says. In order to survive and grow as a for-profit entity, he says, the larger space is used regularly for private bookings, including weddings and corporate events. That leaves the Speakeasy available for an artist such as Anthony to use for smaller, low-risk shows.

The first artist performing at the new incarnation of the social, which will play the first Saturday of every month, is Washington native Kenny Wesley. He's a jazz-influenced R&B singer who has recent song placements in national television shows such as "So You Think You Can Dance." Besides the ongoing soul music series, Anthony is launching the Virginia Black Music Foundation, a nonprofit he hopes will work with the Hippodrome to produce events that educate Virginians and others about the state's historical heritage of black-rooted music and related art.

"It's all about educating people about the legacy of this place and restoring its relevance to music culture nationwide," Anthony says. "People always look to other areas — New York, Atlanta, California ... Detroit, these other markets — but black music in America essentially came from Virginia." S