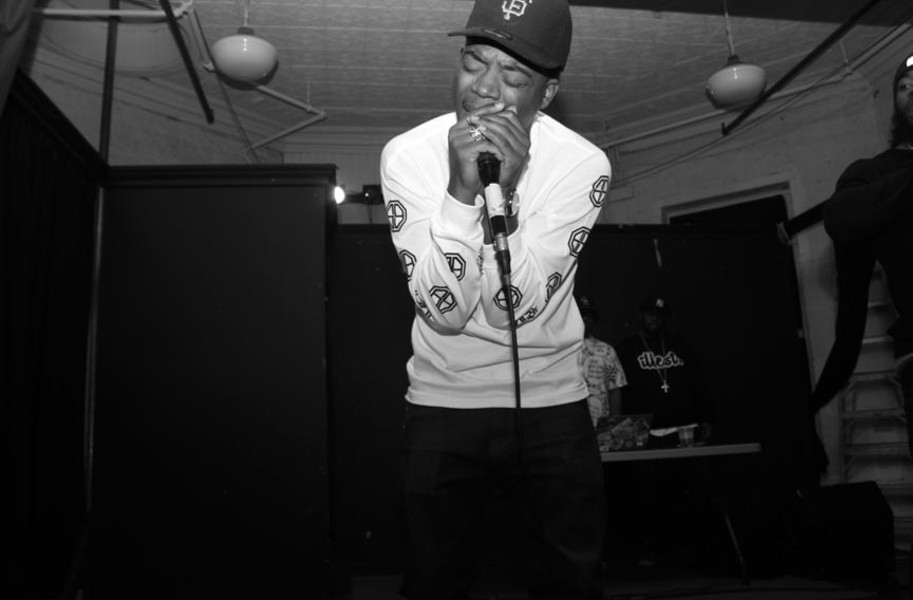 Life Company member Segga Spiccoli released an EP whose song tracks each spell the letters of “Euphoria” — as he raps, “dope for your ears, not your nose.”

In July, the 23-year-old released his third and most complete project to date, the “Euphoria EP” — basically a hip-hop version of chill music.

Spiccoli uses a supreme sense of lyricism paired with slower, more soulful production. Throughout the eight-track, 27-minute EP, the rapper plays the role of mentor and educator, putting listeners onto game that far exceeds his age.

One of his lyrics goes: “I’m rapping but I’m feeling like Tony Montana, Frank Lucas, Rich Porter but I’m slingin’ my grammar / slick with the words / a purse is worth a bird / observe how I can make your face numb with the verbs.”

The entire project could be the soundtrack for a family cookout at Byrd Park, a Sunday afternoon car wash on North Side or hanging with friends at Texas Beach.

“‘Euphoria’ was made to inspire,” Spiccoli says. “I hope it gets you through your days and motivates you to keep moving forward and getting to the money.”

Spiccoli endured challenges in his 18-month journey that led to the project. He lost close friends and family members and battled with the pressures of a dark reality he prefers not to go into. But even with the turmoil, he maintained a positive outlook.

His music provides insight into a side of Richmond that you don’t read about in the newspaper and details visuals you see only in cinematic films depicting notorious hustlers. Vice City is Broad Street and all the knowledge that Spiccoli rhymes about is authentic:

“Don’t trip momma, I know I’m in them streets every day / I know brothers in my city don’t mess around and play / I pay attention more than I pay my student loans / I spend more time on Broad than I do at home.”

The rapper credits the East End of Richmond for teaching him the life lessons that have helped him survive. His personal demeanor fits the smooth nature of his music. Being around him, he seems laid-back, measured and deliberate. He carries an old soul that reminds me of a late-’50s jazz musician.

“When it comes to Segga Spiccoli, the vibe stands out,” fellow Richmonder Michael Millions says. “I admire the production he selects to express his vision. He’s just being himself and by being true to himself he creates honest and good music.”

Spiccoli is a member of the Life Company, a collective that puts an emphasis on producing not only music but also, art, cinematography, photography, design and branding. He’s planning to follow the “Euphoria EP” with another release this year.

“You’ll just have to stay tuned,” he says. “It’s in the works for later this year and I’m excited about the new music I’m creating.”