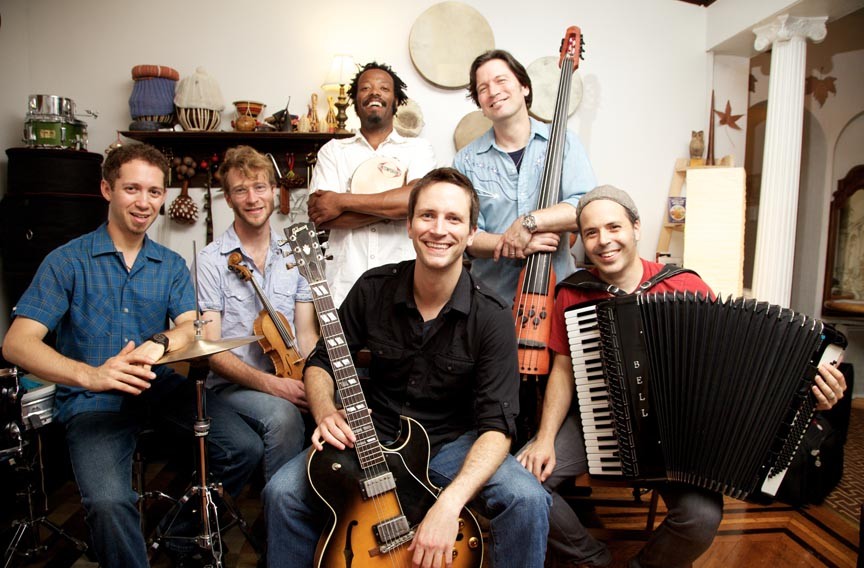 Great performances in almost empty venues are a Richmond tradition. A handful of people showed up for jazz guitarist Pat Metheny's first solo gig in Richmond in 1978. A few months later he was selling out theaters. Over the years, bands such as Hüsker Dü, the Either/Orchestra, the Low Anthem and countless more have delivered big sets to tiny crowds. It doesn't always make sense. Matuto's concert in May 2011 at Balliceaux was one of the best of that year. The forro-fusion band was blazingly tight, the music was joyous and the dozen or so people in the audience had a great time.

In 2005, the ebullient Cyro Baptista's Beat the Donkey percussion ensemble filled the Modlin Center at the University of Richmond for $32 a seat. The next year the same big band drew a far smaller audience to the intimate Cary Street Café for a $10 cover charge.

"That may have been my mistake," admits Matuto founder and former Beat the Donkey guitarist Clay Ross. "I was so green, and was trying to help when I booked that gig. The Modlin Center got pretty upset — they have that massive theater and they wanted exclusivity." The hard feelings passed, and Baptista has been back several times since.

Matuto is the result of Ross' years with Baptista, a wildly creative Brazilian percussionist whose arsenal of instruments includes plastic pipes and brushes made from handfuls of reeds. This unbound approach inspired Ross to take the hard-won discipline learned through a formal jazz education to explore the vast possibilities of the sonic landscape. Baptista also introduced him to forro (pronounced foe-ho), the music of Brazil's hardscrabble northeast provinces. Matuto is slang that roughly translates to hillbilly.

"It's Brazilian bluegrass," Ross says. "Like carnival in Appalachia. The songs have everything from heart-on-your-sleeve cathartic lyrics about life to virtuosic improvisation and musicianship."

The approach will be familiar to anyone who caught the Forro All-Stars at last month's Richmond Folk Festival. The All-Stars' accordionist Rob Curto is Ross' partner in Matuto. They date the band's founding to a 2009 street festival in Recife, Brazil. Professionally filmed footage of that bracing performance is available on YouTube.

"That was the moment we said we should make this a band a priority," Ross says. The festival crowd was huge and enthusiastic, as were the audiences at Matuto's recent breakout performances at the long-running World of Music, Arts and Dance, founded by Peter Gabriel. The band's appearance there landed it a new record contract and three tours. The State Department is also sending members on tour in Africa as musical ambassadors. Those are pretty impressive credentials for a band you can see in an intimate local venue.

Matuto's return to Balliceaux on Saturday, Nov. 17, completes one of the more conflicted and collision-filled weeks in Richmond music. On Tuesday, Nov. 13, Dr. John and the Blind Boys of Alabama played CenterStage while simultaneously, at Capital Ale House, the Richmond Jazz Society celebrated the debut of new local jazz label 32 Bar Records. On Wednesday, trombonist Jeb Bishop and saxophonist Jorrit Dijkstra play the eclectic, art-filled For Instance Gallery. Thursday presents an even tougher decision: A very appealing JAMinc session featuring Flecktones harmonica virtuoso Howard Levy takes place in the pristine jewel box In Your Ear Studios, with a fine pre-performance pot-luck. He's up against both a rare Richmond appearance by Brooklyn keyboard player Marco Benevento at Capital Ale House and the midnational-tour return of hometown hero Matthew E. White at the Camel on Friday.

There is relatively less competition on Saturday night, and if there is any justice Balliceaux will be packed. "It is a big party for your heart and mind," Ross promises. Fantastic as Matuto was in a nearly empty room, it would be amazing in front of the crowd it deserves. S