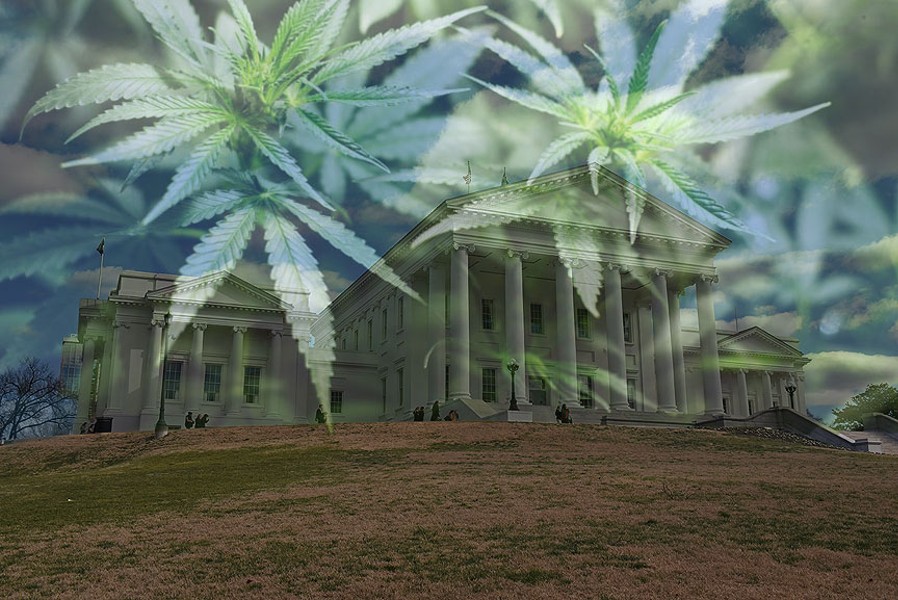 Governor Terry McAuliffe got his vibe harshed after being photographed with Willie Nelson’s weed last year. So some of this year’s gubernatorial candidates aren’t taking any chances.

Attitudes toward the plant are shifting: A Virginia Commonwealth University poll last year suggested that 62 percent of Virginians strongly or somewhat agreed that recreational pot use should be legalized. And this year the governor’s race is more pro-weed than ever.

Here’s the most clarity Style could get on the various candidates’ positions -- a stoner’s guide to primary voting on June 13.

Ed Gillespie (R) is not in favor of decriminalization or legalization, but he does support “exploring reforms to make sure that penalties align appropriately to the offense committed,” says David Abrams of the campaign. “Ed is evaluating whether legalizing medicinal marijuana is right for Virginia and talking to people about it before deciding his policy.”

Frank Wagner (R) didn't return a request for clarity on his stance.

Ralph Northam (D), in a February article, writes that he wants to decriminalize marijuana, partly because of sentencing laws that disproportionately affect black people. And, “as a doctor, I’m becoming increasingly convinced by the data showing potential health benefits of marijuana, such as pain relief, drug-resistant epilepsy, and treatment for PTSD.”

Tom Perriello (D) also wants decriminalize “small amounts.” His team did not get back to Style about how much, but his spokesperson Ian Sams said Perriello “believes in medical marijuana, especially at a time when Big Pharma has helped promulgate the opioid crisis by over-prescribing addictive painkillers.”