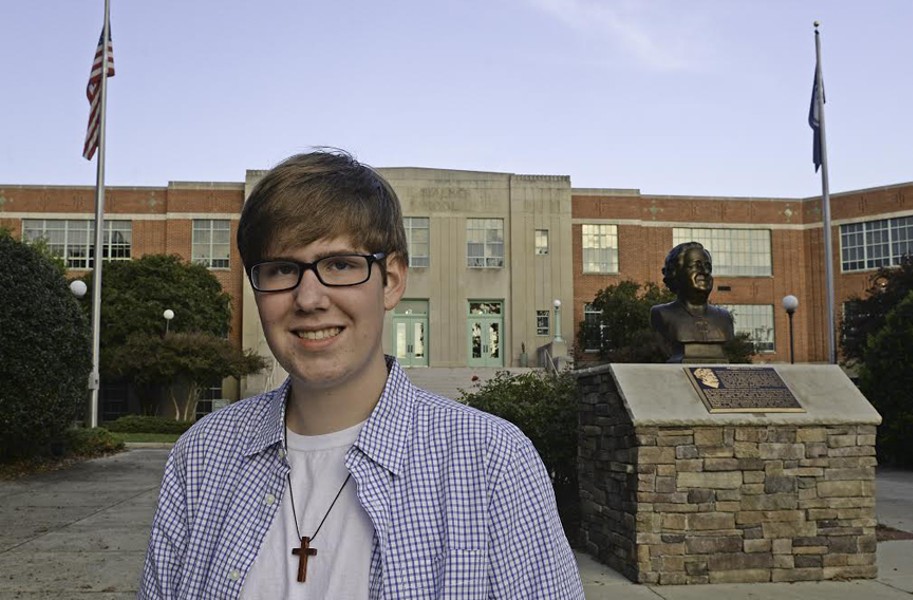 Administrators at Maggie Walker Governor’s School are taking a look in the mirror after their students dished out a lesson in sexism, delivered in short shorts.

School officials have asked students to help revise the dress code after they expressed concerns about overzealous enforcement of a requirement that the bottom of skirts and shorts be no higher than the point where students’ fingertips rest at their sides.

Sophomore Ellie Kim says she was taken aback when a teacher told her she was disrespecting her body by wearing a short skirt.

“I understand if she wanted to tell me my skirt was too short,” Kim says, “but to say I didn’t respect myself? That made me upset.”

Then there was a morning announcement that if 10 more girls were found with too-short shorts, they all would be required to wear pants.

Some students felt the genders were being treated unfairly. The response seemed obvious, sophomore Mairead Guy says: Have the boys wear short shorts.

In late September, dozens of students showed up either conspicuously covered or with shorts rolled up high. Among them was fellow sophomore Harrison Clark.

“We banded together to say it wasn’t really fair to punish one gender,” Clark says. “Men are not being given the same restrictions, so let’s flaunt to the school the rights the women don’t [have].”

“It seemed like the most appropriate thing to do,” Guy says. “We go to school for government and international studies, and civil disobedience is part of what we learn.”

Their efforts drew attention -- and a lot of photos -- in a story on Bustle.com.

Maggie Walker Director Jeff McGee sent parents a note acknowledging the protest and saying that student leaders would review the guidelines. Any recommendations would filter through faculty and parents, and eventually get voted on by the school’s board.

McGee says there was no intention to appear sexist, and that some faculty members have been coached about how not to enforce the dress code. He says he’s given the issue a lot of thought since the protest.

“Every young lady that dresses in a way that makes them feel confident, people can’t necessarily think they’re objectifying themselves,” McGee says. “They’re wearing things that you walk into a department store to buy.”