Here's Why Ridding Richmond of Lead Pipes Is Balancing Act 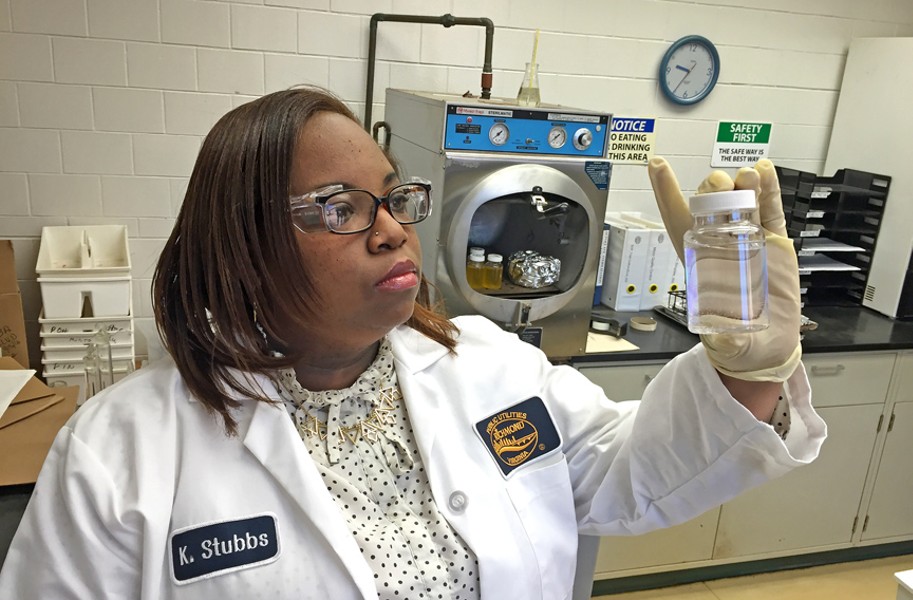 The water crisis in Flint, Michigan, put the pressure on public officials to answer why harmful lead pipes weren’t being replaced in outdated water systems throughout the country. But homeowners may not realize the role they have in solving the problem.

That’s because many houses built before 1950 are serviced by lead pipes going from water meters into the buildings. It’s a common problem in Richmond, known for its older housing stock. And replacing those pipes is the responsibility of homeowners, says Robert Steidel, the city’s director of public utilities.

The task can cost as much as $5,000, according to some estimates.

The city is working to replace publically owned lines, but progress is slow. Steidel says that his department has about 14,000 lead-pipe service lines to replace that run between mains and meters. Only about half have been replaced so far.

“We would like the entire city to be lead free,” he says, “but it’s going to take a long time for that to happen on both the city side and the customer side.”

Until lead pipes are completely phased out, the Department of Public Utilities performs a delicate balancing act of chemistry to prevent lead from leaching from the pipes into the water.

Water is treated with a phosphate compound and kept at the correct acidity level, or PH, Steidel says. The combination forms a protective lining around the inside of the pipe to ensure that lead doesn’t pass from the pipe into drinking water.

Steidel says that the department measures levels at a number of homes with lead pipes every three years and monitors water chemistry daily. Richmond’s lead levels are within Environmental Protection Agency standards, according to a consumer-confidence report released by the Department of Public Utilities.

But diligent monitoring may not be enough protection. Marc Edwards, the Virginia Tech scientist credited with uncovering the Flint situation, writes in a recent Washington Post editorial that testing isn’t always the best indicator of lead levels.

“Testing can reveal high lead levels and confirm contamination,” he writes. “But when it shows little or no lead, it doesn’t mean there’s not a problem.”

That’s because lead can be released from plumbing in spurts, so high traces of the metal may not be present during testing.

Other localities across the country are unwilling to take that gamble.

Michigan’s capital city, Lansing, has spent more than $42 million since 2004 to replace its lines. Officials expect to complete the work by 2017. Madison, Wisconsin, phased out its lead lines by 2012 — and unlike Richmond, the city subsidized costs to replace pipes into residences.

Other localities could follow suit with the federal government quickly changing stances on what qualifies as safe drinking water. Recently, the National Drinking Water Advisory Council, part of the EPA, recommended that localities fully replace lead water lines. That’s a huge step away from current regulations, which require only that lead levels be monitored and chemically treated.