Tacky light tours have meant a holiday windfall for our local limo and bus companies since 1986. But few guides offer much context beyond the number of lights, or the years an owner has been illuminating.

So Style put two artists in a car one night and made them say things about the artistic merits of this hallowed Richmond folk art.

Neither Kevin Gallagher, a local photographer and set lighting technician who worked on the “Loving” movie, nor John Dombroksi, a sculptor and InLight alumnus, had ever been on a tacky lights tour. 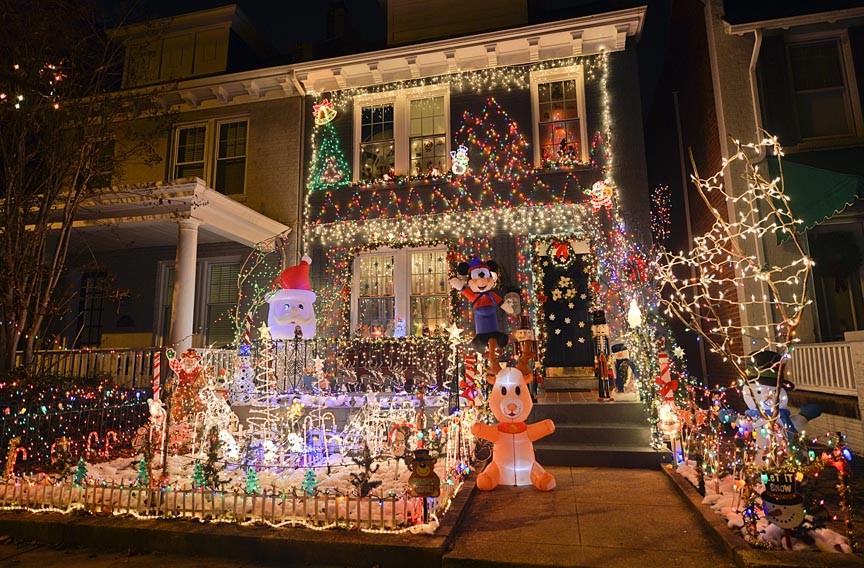 The owner, George, is outside his Museum District house adding more lights to the playful zigzag patterns and tree branches posed as well-lighted trees. The small lawn is blanketed with cotton to simulate snow. George invites Gallagher and Dombroski onto the porch to see inside light decorations.

Gallagher: Do you think of it as being tacky?

George: No. It’s a family tradition.

George: It’s from ’76. It was my dad’s, who passed away in February. The sleigh, that’s antique.

Dombroski: [Back in the car] The term tacky, I think, does a disservice. It’s about tradition for a lot of people. A lot of normal, everyday things are kind of tacky. Why can’t it just be a “Christmas lights tour”?

Gallagher: It’s that line between outsider art and the academic art world. High and low art. That’s been pulled apart, but this is a folk art. There are concepts like using tradition and incorporating them into a display, like George. That’s a trapping of high art. I mean, what’s fundamentally unsophisticated about all this? Maybe it’s as simple as nobody went to school for it. But, there’s a long tradition of the decorative arts being re-contextualized into the fine art world later on.

Gallagher: I think this is super tasteful. He’s using the elements of his house and yard to frame the images. He’s building on what’s there, creating a scene, and it’s not just a wall of light. You’re transported to this insane simulacrum of an illuminated forest. I would happily live across the street from this.

Dombroski: The river definitely does it for me. It’s something new. I haven’t seen Christmas lights on the ground and used in such a way. The lights are glittering in the river. It’s a transformation of the materials, and they have a uniform system, the same sort of “paint materials.”

Gallagher: It’s taking an idealized forest scene and ratcheting it up, rather than light vomit. He’s painting with light much better than Thomas Kinkade. He’s doing himself a disservice [with the comparison]. 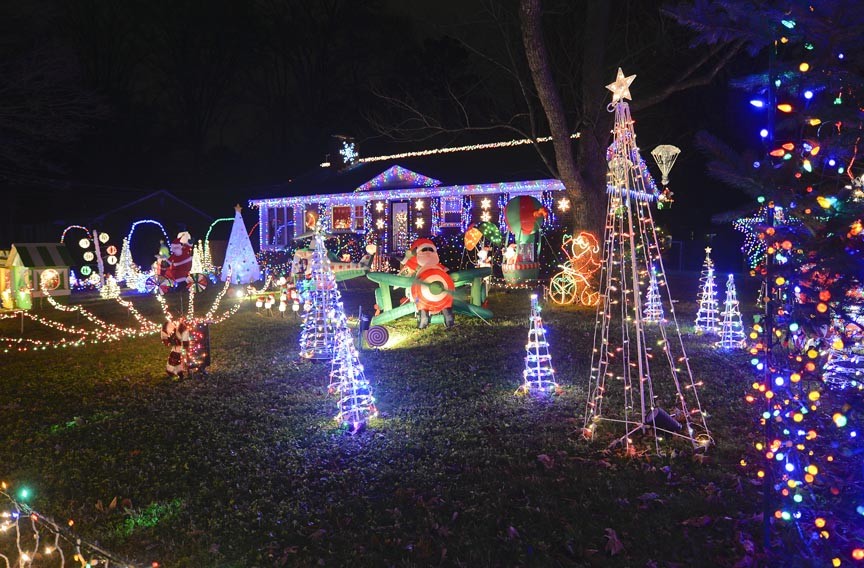 Homeowner Stephen Barker creates a transit-themed cityscape, a microcosm of Richmond. There’s a Fan, the James River, bikes to commemorate last year’s race and classic store windows inspired by Thalhimers. A Christmas tree rotates slowly in the window. “I searched the world for these plastic candles,” Barker says.

Gallagher: Oh wow. These are my people. This is the wall of light I was expecting. It blasts out your eyeballs. And they’re operating as any other artist would. They have a sense of theme, and it comes through very strongly.

Dombroski: After hearing the concept and seeing it, I’m blown away, because it conveys what they wanted completely. This is a full-on installation. … Light is something we are drawn to. We have a desire to be in bright spaces, because when we’re in the dark, it’s dangerous. And this house, it draws us in. It makes me want to interact with it, because it’s so expansive. The elements of detail were too small to see from the road.

Gallagher: It goes to American identities around personal property and space. We don’t have public spaces as part of our homes, but some folks who set up lights really welcome you in. It’s such a wonderful community-oriented mentality that undermines the notion of calling it tacky. That’s the least tacky thing you can imagine.

This one has yet to turn on but still makes an impression on the critics. The lawn and median are covered in parking signs and warnings about the electrocution danger. Precise lines of lights on the grass and imposing columns in front of the house have a menacing effect. A radio station plays music timed to the lights.

Gallagher: The interesting thing about this place is the amount of control they’re meting out about how people interact with it. There’s no wabi sabi here. They’re clearly much more formalistic about the design, with these geometric shapes.

Dombroski: It’s brutalist. There’s a uniformity. Even these distribution boxes for electricity, it’s the work of an engineer.

Gallagher: They utilize a lot of the same natural shapes as the [Duncaster] house, but there’s no attempt to make it look naturalistic. All the trees are lined up rigidly. It’s a landscape that’s been broken down into elements and reconstructed in the grid.

Dombroski: I think they’re trying really hard to make it not tacky.

Gallagher: It’s a very strange take on the Christmas spirit, a performance piece. 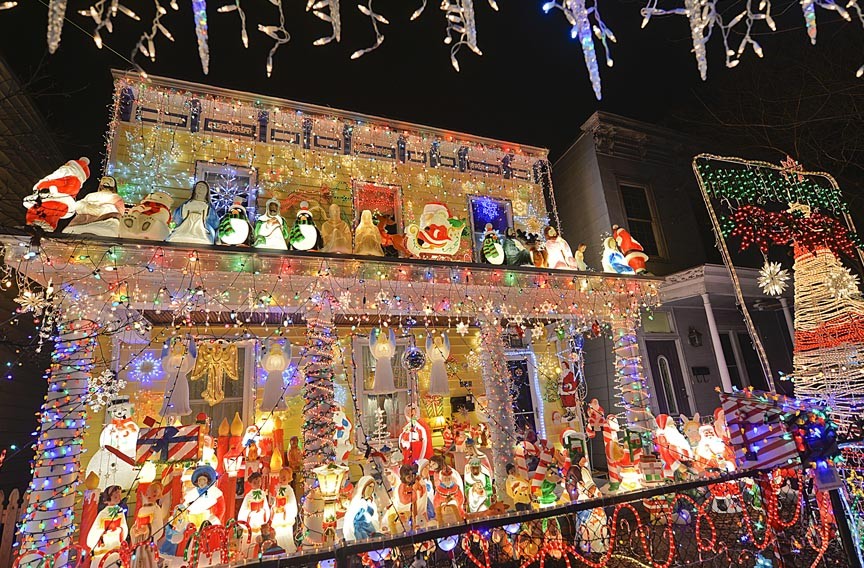 The Oregon Hill house overflows with vintage plastic figures lighted from within, a bombastic display of lights, and a self-aware commitment to the gaucherie of the tradition. It inspires another discussion about the community spirit engendered by Christmas lights.

Gallagher: What do you even say to this one. It’s just like — more. This is totally impossible to photograph, because there’s no negative space. It’s impossible to convey. There’s no shadow. I like the angels next to the disco ball. This certainly has a uniformity of material.

Dombroski: No, it doesn’t. They just have multiplicity; it’s about more, maximalism and the repetition of imagery. I think [the Duncaster house] was about uniformity of form; we didn’t see any variation in material.

Peter Baldes, a professor of art: [Walks by] It’s abstract expressionism. There’s an allover unevenness, but with a logic behind it. It reveals itself into groups, magnifications.

Dombroski: What guides you in your installation?

Leslie: Where the nearest plug and outlet is. I guess the thing we try to do is, we don’t want anything to be parallel or orderly or predictable. … I’m someone who has always failed at being creative. I practiced like crazy but I just suck at it. I can’t paint, I can’t draw. But this is the closest I get to being an artist all year.

Baldes: You’re an artist, Marc. Look at your house. S