Here She Is ... Miss Sidewalk Café 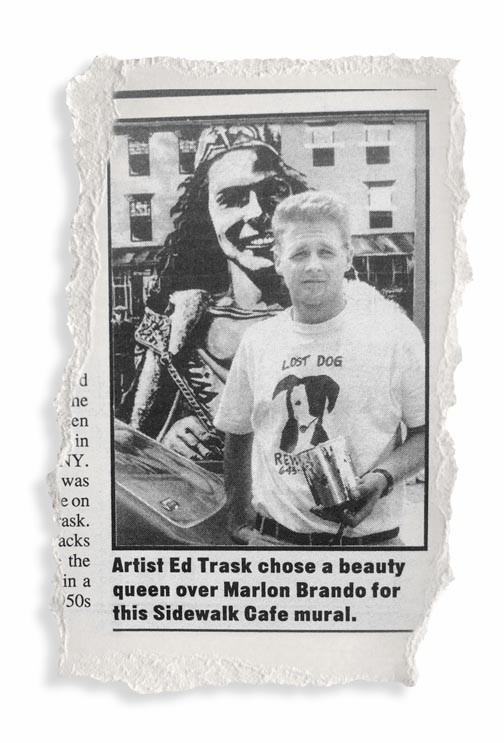 Her face is roughly 12 feet by 14 feet, a striking beauty queen in black and white on the side of the Sidewalk Café at the corner of Main and Rowland streets. Sidewalk owner Johnny Giavos decided it was time for a change from the bistro scene that had graced the restaurant's side wall for five years.

He contacted artist Ed Trask who delved into old images at the library until he came across Miss America 1952, Coleen Kay Hutchins from Salt Lake City, Utah, in a 1950s photo essay on Staten Island, N.Y.

"I was looking for something that was the complete opposite of what should be on the wall of the Sidewalk Café," says Trask.