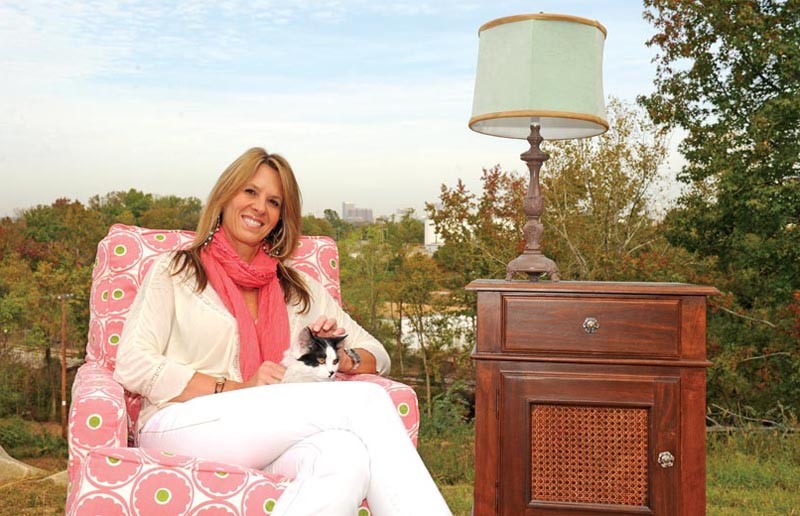 PoshTots, a Henrico County online retailer, is getting a television show on the HGTV cable network. Signed on to co-host are the company’s owner and chief executive, Andrea Edmunds, and lead designer Pam O’Hallaron.

PoshTots offers luxury nursery and children’s furnishings as well as custom interior design services to a star-studded list of wealthy global clients. Its one-hour pilot episode debuts Dec. 17 and will feature Edmunds and O’Hallaron designing and decorating rooms for the daughters of former N’Sync member and “Dancing with the Stars” contestant Joey Fatone. Edmunds and O’Hallaron already have filmed promotional reels. Shooting on the pilot episode will begin soon in Miami.

“If it gets good ratings, they will sign us for five to six more [episodes],” Edmunds says. “It’s literally been in the works for two and a half years. About four or five months ago, we got the green light [and learned] that HGTV picked it up.”

PoshTots’ celebrity clients are topped by such A-listers as Julia Roberts, Donald and Vanessa Trump, Gwyneth Paltrow and Chris Martin, and Heidi Klum and Seal. The company also has collaborated on set designs for television and movies, including the Oscar-winning 2010 Natalie Portman film, “Black Swan.”

The company’s whimsical creations include a pirate-themed room with a pirate-ship bed that appears to burst out of a sea mural painted on the bedroom wall. “That’s the really fun thing,” Edmunds says. “We’re not selling a typical piece of furniture that’s in a box or has already been made. It’s a custom creation.”

Edmunds co-founded PoshTots in 2000 and sold the business to an online retailer for $12 million in 2006. She reacquired the business in 2009, paying $735,000 for it after then-owner, the Parent Co., filed for bankruptcy. At its height in 2006, PoshTots was reaping $10 million in annual sales and Edmunds says her privately held company now makes a little less than that.