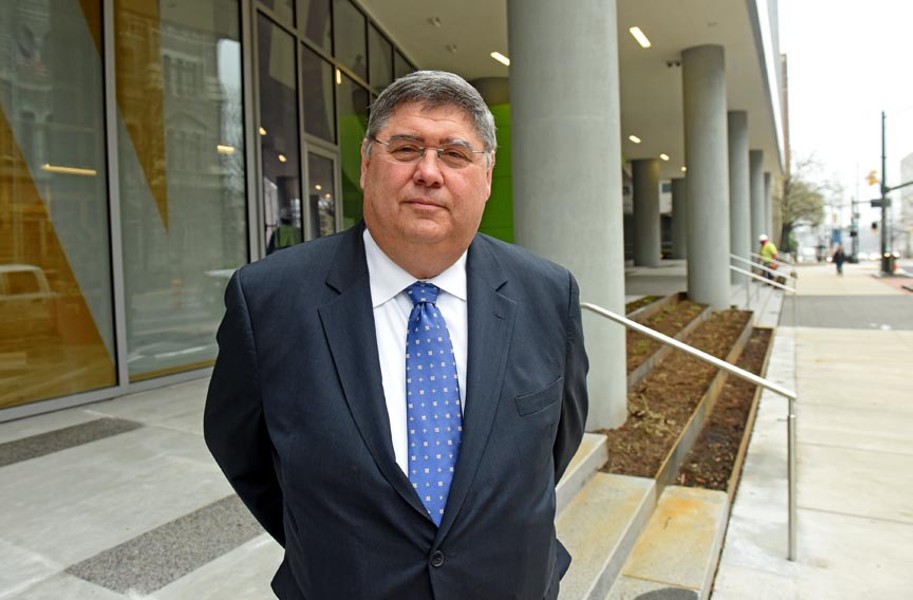 Wade, a Republican who’s long wanted to run for Congress, says he has worthwhile ideas that could improve mental health care, spending for corrections and a new plan to address illegal immigration.

Suddenly, his chance came. But where?

A new plan awaiting final U.S. Supreme Court approval shrinks the 3rd and expands the 7th District southwards, but away from Ashland in Hanover County.

It also rearranges the 4th District that had gone from Chesapeake to the western suburbs of Chesterfield County. The court ruling changed a reliably Republican district, increasing the number of black residents and threatening its current representative, Randy Forbes, a conservative Republican.

That gave Wade two choices. At first he considered the 7th District. That had immediate problems. “There were people, especially in the tea party, that were real negative about running,” he says.

So when Randy Forbes decided that he couldn’t face new competition from powerful Democrat A. Donald McEachin, who will run in the newly redrawn 4th District and shifted to the 2nd Congressional District, Wade pounced.

“When I looked at the opportunity,” he says, “I thought it would be better to run in the 4th than in the 7th District.”

Wade lives in the 10th District, as does McEachin, but the U.S. Constitution doesn’t require congressmen to live in their districts, only in the states they represent.

So, what does Wade stand for? He outlined his platform with Style.

Henrico County sheriff for 16 years, Wade has overseen one of the largest jail systems in the state. One issue that he considers wrong is the common policy of keeping prisoners or those with mental conditions in locked rooms nearly 24 hours a day.

“Nobody wants to do that,” says Wade, who would work out rules that prevent the lock-downs while insuring the safety of the prisoner and the staff.

Badly organized mental health systems have mixed-up lines of authority, he says. If a Community Service Board run by the state and localities orders a mental health patient to be involuntarily detained, the next level of authority is muddled. Often the patient has nowhere to go.

Federal substance-abuse rules make it difficult for sheriffs to treat pregnant drug addicts. If an incarcerated pregnant woman is addicted to heroin, her baby will need to continue receiving some level of the narcotic or it will risk death.

Current federal rules forbid jail officials or their doctors from giving her methadone. Instead, she must go to a methadone clinic, which adds an extra and dangerous step. “At any time we have five pregnant addicts in the Henrico Jail,” Wade says. “We can’t prescribe methadone to save the life of the unborn baby.”

Wade says he has a new plan that hasn’t been brought up to deal with illegal aliens. “I would present a proposal that’s different than anything anyone has talked about,” he says.

The plan involves an immigration-probation idea, modeled after other criminal probation programs. Undocumented immigrants would be required to come forward and sign up for probation for five years. They would then have to report their residence, jobs and tax payments. They also would have to perform 40 hours of community service.

After the period, they would be allowed to apply for citizenship. But if they’re arrested for a felony or drunken driving, for example, they would be reported immediately. If they miss the deadline to sign up for probation, they likewise would be deported.

The 4th District is heavily military. While Wade has no military experience, he says he’s spent 43 years in law enforcement and “absolutely, completely support what they need.”

He regards the biggest difference between him and McEachin to be hands-on experience, he says: “I’ve done things while McEachin’s been in the legislature.” S