Former music director of The Tonight Show jams with the Richmond Symphony. 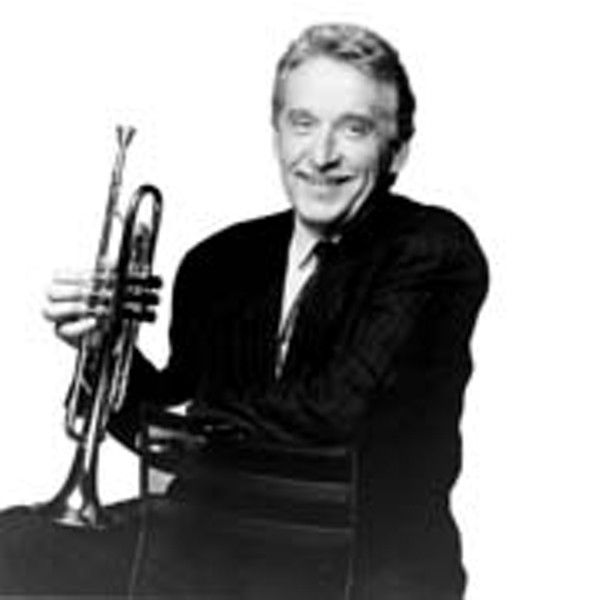 Even though Severinsen's 30-year tenure with The Tonight Show came to a close in 1992, his performing schedule hasn't gotten any lighter. If he isn't touring with Doc Severinsen and His Big Band — a group composed of The Tonight Show's best musicians — he can be found performing with everything from symphonic orchestras to jazz and big bands. He also finds time to make recordings and manufacture trumpets, not to mention shop for outfits only slightly less brassy than his horn.

Despite all of this, Severinsen's main goal in life is simple. "I want to get up every day and play the trumpet and have it feel good," he says. "The longer I do it, the more I enjoy it." And with this statement, one of his five dogs chimes in with agreement.

Nicknamed "Little Doc" after his dentist father, Dr. Carl Severinsen, Doc's music career started at an early age. His father, a violin player, also played clarinet in the town band. Doc went to a rehearsal and wanted to play every horn in the place. But because Doc was only 7 at the time, his dad started him on the violin. "I didn't like it," he says. "I wanted to play trombone." With that, his dad bought him a trumpet for $30. A week later Doc performed in public. He hasn't stopped since.

Somewhere along the line, "Little" was dropped from his nickname, and with his high-note trumpet virtuosity and big fashion statements, it's easy to see why. Although Severinsen finds it fun to switch between genres as diverse as jazz and classical music, his one hope for the future of music is that the public will be able to embrace all types —from rock to opera — as fluidly as he does. "It would be a more mature country," he says, "but it all depends on the attitude of the public."

Severinsen and symphony director Smith have a long history as friends. They met back in 1989 when Smith was associate conductor with the Phoenix Symphony and Severinsen was the pops conductor and just starting out in the symphony business.

Since then, Severinsen has played with the Richmond Symphony several times and is looking forward to his return to Richmond despite his last visit, when he went for a long walk and got lost. Even so, he never misses a downbeat or an opportunity to dress up. According to Smith, "Doc's a fantastic entertainer. I have nothing but admiration for him." S