Hundreds of soldiers suffer head injuries every year and wind up in Richmond — if they're lucky. 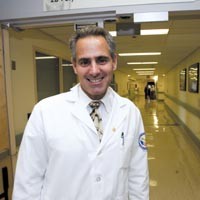 Less than a year after graduating from high school in Dublin, N.H., Matt Katka found himself lying in the Afghan mountains at 4 a.m., blood streaming from his head.

“Suddenly I felt the air go out of me,” Katka recalls. “I had the sensation of being very, very tired. I told my friend, ‘Dude, something has happened to me.’” He remained still, lying on the ground while the gunfire continued. His friend figured Katka was asleep. “Then he saw the blood coming from my head,” Katka says.

A baby-faced 20-year-old with a perpetual smile, Katka joined the Army shortly after high-school graduation in the spring. A few weeks later, after completing basic training, he was sent on his first mission to Afghanistan.

Coming from a family of four siblings, with both parents employed as high-school teachers, he wanted to make his own money for college. His parents warned him of the dangers of joining the Army, especially during times of conflict, but he never really expected to take a round in the head from an AK-47.

His helmet probably saved his life. The bullet hit him on the side of the head but creased around the rim of the helmet before taking a chunk out of his skull. He tilts his head to show the white, jagged, five-inch scar circling the back.

“They finally got me out of there onto a helicopter where they induced me into a coma,” he says. “I woke up four days later in Germany — not knowing why I was there or what had happened.”

One of thousands of soldiers flooding the Veterans Affairs hospital system with severe head injuries, Katka was sent to McGuire VA Medical Center in Richmond, which specializes in the most severe trauma injuries, such as amputations, spinal cord injuries and severe burns.

Through a partnership with VCU Medical Center, which has gained a national reputation for trauma and emergency medicine, the veterans' hospital has become ground zero for seriously injured American soldiers.

Dr. David Cifu, chief of physical medicine and rehabilitation at VCU and McGuire, says the veterans hospital has the most comprehensive polytrauma center in the country. Because of the large numbers of soldiers who incur traumatic brain injuries in the Afghan and Iraq wars, the program at McGuire is expanding. It will increase its capacity from 28 inpatients and transitional residents in its brain injury programs to 40 next year.

>Ten years ago, Cifu says, an injury such as Katka's would have been fatal. Medical treatment in the field — dramatic improvements in the ability to stunt severe blood loss, for example — have greatly increased survival rates. “The ability to respond to troops in the field is so improved that the rate of keeping them alive has gone from 75 percent during the Vietnam War to 95 percent now,” Cifu says.

This is particularly relevant because brain injuries are so numerous in the Afghan and Iraq wars, not just from penetrating head wounds but also from concussive injuries caused by bomb blasts.

As many as 320,000 soldiers and military service members may have experienced a traumatic brain injury during deployment — from mild concussions to penetrating head wounds — according to a Rand Corp. study released last year.

Rand, a public policy think tank in Washington, also found that 43 percent of those injured in combat reported being evaluated by a physician for possible brain injury.

If mild brain injuries are overlooked, those injured can wind up with serious problems. These can include persistent headaches, loss of short-term memory, difficulty with cognitive or administrative functions (balancing a checkbook, for example), seizure disorders, depression and sometimes suicide. The rate of suicide among veterans ages 20—24 is two to four times higher than in the general population, a Rand study found in 2005.

All of this makes post-traumatic care and rehabilitation especially important, Cifu says.

Katka is undergoing a multitude of therapies — physical, speech and occupational — all with a cognitive emphasis. He's experienced some memory problems, speech problems and permanent loss of his peripheral vision and will undergo another surgery later this year to insert a plate in his head where a patch of skull is missing.

While he appears to be slowly recovering most of his cognitive functions, even his doctors aren't sure what problems may arise long term. Katka, however, has managed to remain upbeat and plans to pick up where he left off in high school. “Most of all,” he says, “I want to go to college.”