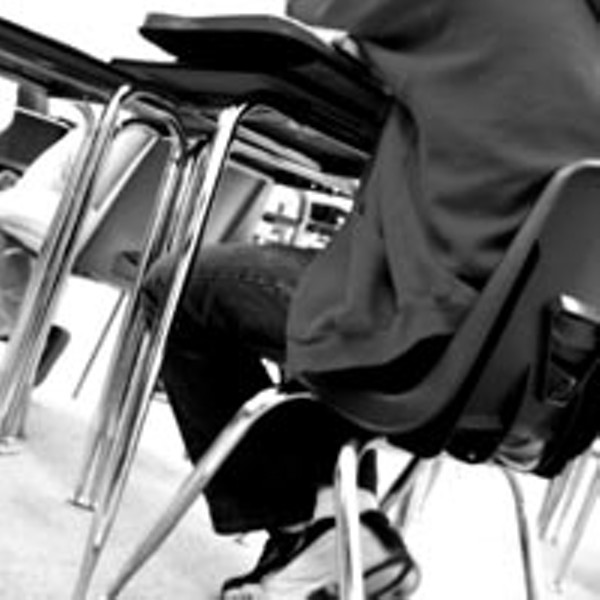 But the most harrowing recent account of truancy here is the January slaying of Justin Creech, a 15-year-old Thomas Jefferson High School student. The afternoon Creech was killed, both he and the teenager who fatally stabbed him should have been in class. Creech's death prompted an outcry from parents, school administrators and the Richmond Commonwealth's Attorney's Office about how students in the city's 53 public schools are accounted for.

With the new school year underway, a push to increase attendance is mounting — led by the Richmond Commonwealth's Attorney's office and the city's Department of Juvenile Justice.

Two new strategies are key. First, Commonwealth's Attorney David Hicks plans to launch a campaign to reduce truancy at the Oct. 4 school board meeting. He'll recommend that attendance officers be contracted out, to free up school social workers and administrative assistants who currently juggle truancy oversight with other duties.

Second, the Richmond Department of Juvenile Justice will launch and administer a new pilot program called the City of Richmond Truancy Intervention Project (CORTIP), paid for with a newly awarded federal grant of $99,000.

According to the department, which employs the city's two truant officers and tracks offenders, truancy has become a high-profile issue and a priority. In the first semester of the 2003-2004 school year, 38 percent of ninth-graders were marked absent 10 days or more.

But Hicks and Ross say they're frustrated by what often appears to be lack of support, resolve and resources from teachers, attendance officers and school administrators. Truancy affects communities and threatens public safety, they say, and it's a gateway to crime. "Not all truants are gang members but all gang members are truants," Hicks says.

Outraged by Creech's death in early 2004, Hicks addressed the school board at a February meeting, pushing officials to adopt a zero-tolerance for truancy. He pledged to dispatch two of his staff attorneys to investigate and prosecute truant students, their parents and, if necessary, inattentive school officials. Board member Johnson says he and Hicks talked about setting up a model truancy office in the Gilpin Court public housing complex staffed by three full-time truancy workers.

The plan never materialized — at least not how Hicks and others had hoped. Money was never budgeted to pay for it, Johnson says.

"Truancy isn't only a problem as a crime issue," Johnson says. "We're supposed to be educating our kids and we can't if they're not in school."

He faults schools for failing to consistently inform parents when their kids cut class. "We have some attendance officers who are not doing their jobs," he says. "You can't wait until three o'clock to call parents."

According to Johnson, roll should be taken during homeroom or first-period class and sent to the attendance office within 20 minutes. Frequently this isn't done until much later in the day. And unlike the counties, the city doesn't have an automated system for calling parents. So the schools look to anti-truancy measures that Johnson describes as harsher penalties, school security trained in "that extra peripheral sense" to spot skippers, and outside support from businesses and other locations where errant students hang out.

Ross is optimistic about the soon-to-be implemented CORTIP program. Several groups are collaborating: the city's Department of Juvenile Justice, Richmond Public Schools, the courts services unit of Richmond Juvenile and Domestic Relations Court and the Richmond Commonwealth's Attorney's Office. The program calls for the creation of two new full-time positions to specifically address truancy — an in-school social worker and a court-based truancy caseworker.

It will take place at Albert Hill Middle School. A middle school was selected, Ross says, because abating truancy in the early teen years is essential to preventing later delinquency. And while skipping school is widely perceived as a high-school problem, truancy rates are alarming even in middle school. In the 2002-03 school year, middle schools in the city reported a truancy rate — kids who have more than 10 unexcused absences — of 34 percent. CORTIP aims to find out why.

The causes are myriad. According to the Department of Juvenile Justice they include inadequate parenting, errant adolescent behavior, ineffective school discipline, special-education needs and school safety issues.

The new project at Albert Hill reinforces the state's compulsory attendance laws and calls for students and parents to be called in after five unexcused absences. If the problem persists, the family has the option to take part in the 12 to 16 week program or face going to court. If the family agrees to the program, after evaluation from the social worker and truancy case manager, a plan will be developed to provide appropriate services and monitoring.

With 452 students last year, Albert Hill was the city's smallest middle school. It had a truancy rate of nearly 28 percent. In its start-up year, CORTIP's goal is to put a stop to 50 truants at Albert Hill with long-range plans of assisting 80 families in a 12-month period.

City officials say the project could diminish what has become as much a reality as a perception. For now, Johnson is quick to point it out: "You can tell in elementary school who your truants and troublemakers are going to be." S