He Writes the Songz 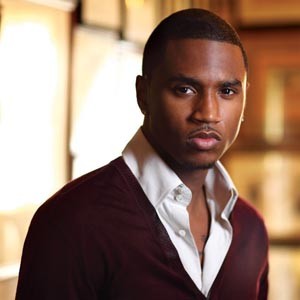 What a difference three years can make. In the summer of 2007, Trey Songz was simply a promising, upstart R&B singer from Petersburg, whose debut album, 2005's “I Gotta Make It,” had made a little noise on the charts, but failed to gain any mainstream traction. Back then, Trey's relevance was tied only to his Petersburg lineage and that the 22-year-old was signed to a major label, Atlantic Records. Sure, the girls liked his tattoos and somewhat famous cornrows, but the lanky singer, born Tremaine Neverson, was not a dominant force in contemporary R&B or hip-hop.

But this is 2010. The year following 2009's highly successful “Ready” album, a project that fully realized the upward momentum gained by Songz's late 2007 sophomore album, “Trey Day.” On “Ready,” he finally embraced his inner lothario to reveal a newly buffed and swaggered singer and songwriter, with short hair and a boastful sexual persona. And it so worked. A string of noteworthy hits have dominated the urban and pop airwaves since last year, including salacious gems such as “I Invented Sex” and the double-entendre-fueled “Say Aah.” He also earned a Grammy nomination for the album and it stands as his only gold-certified release.

Yet beyond the industry affirmations, Songz has, at the still-ripe young age of 25, emerged as one of the most successful male R&B singers in today's crowded market. His increased public prominence led to an opening stint on Jay-Z's massive BP3 tour earlier this year, as well as his own series called “My Moment,” airing on BET. Songz also has a new album on Songbook/Atlantic scheduled, entitled “Passion, Pain & Pleasure,” and headlines a tour of the same name with R&B chanteuse Monica, which made a recent stop at Richmond's Landmark Theater.

Songz: Well, I feel as though I've grown creatively. I also feel as though my fan base has definitely grown. … The music I'm making on this album shows the growth. … With this album you get more of my true artistry without [me] having to compromise for radio spins or things of that nature … or having to contort my body to make songs that I really — 'cause on my last album I was still fighting to be accepted. With this album I've earned my keep. …

How much of your own writing is featured on the new project?

I wrote on every song.

Are you still recording it?

It was finished about three or so weeks ago.

Who are some of the personnel on this album?

The only guest artists are Nicky Minaj and Drake. As far as production goes, Troy Taylor, who's been with me on every album, Eric Hudson, Kane Beatz did the single. …

Is representing Virginia still important to you as an artist, being from here?

More so as a person than an artist. … Virginia is very much responsible for the person that I am. Being that I get so much recognition as a person, I feel as though it is my responsibility to acknowledge my town, my state, my pride. You know what I mean?

I do. What is the Trey Songz concert aesthetic?

You're getting an R&B show. I'm singing core records from the album, core records that my fans would know. What I love most about performing is that I try to give you a reason to love the songs you already do, even more. … What's most important to me when performing is that I connect with the audiences and that they leave not only with a performance in mind, but an experience at heart. …

Now that Trey Songz has become the definition of the R&B male sex symbol, are you concerned about being boxed in as an artist?

I've never really been afraid of being boxed in. You know before I filled the sexual void, if you will, in R&B, I was doing something else. … I'll always make music for lovers, music that you can cut the lights out and burn a candle to [slight chuckle]. You know what I mean, but I also know that the music that I can make is limitless. … It's almost like, to get people to come into the store you've got to put whatever the people want to see most out front, but once they get inside the store, they see what else is in there to buy.

Where do you see yourself artistically and careerwise in the next three years?

It may sound clichAcd, but the sky is the limit. You know, album by album I plan to get better. I plan to prove that I belong here. From the first album to the second album, people didn't know what my purpose was here. The third album was very successful and then naysayers say all I can sing about is sex. On to this album, my second single, “Can't Be Friends,” I feel will be one of the biggest songs of my career. It's a very emotional, relatable song to most human beings. … I plan to make music that people can live their lives to.

“Passion, Pain and Pleasure” will be released Sept. 14. Information at treysongz.com.