He Shoots, He Misses 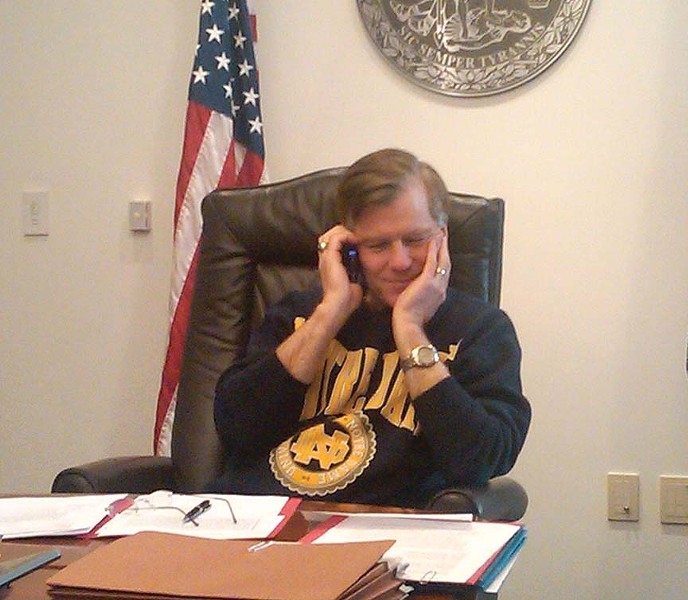 Talk about an air ball. In what could be one of the most tone-deaf PR moves of the basketball season, Gov. Bob McDonnell's handlers have him photographed while making a congratulatory call from his office to Virginia Commonwealth University head coach Shaka Smart on Sunday afternoon. They widely distribute the photo in a news release to media. And what's the governor wearing? A Notre Dame sweatshirt. Governor, your team lost last week to Florida State. Which lost to VCU. Which beat Kansas. This isn't a Fighting Irish alumni party. This is Richmond. You're governor of Virginia — as in, Virginia Commonwealth University. Someone give this guy some lessons in grandstanding — or at least a Rams T-shirt.