VCU exacts revenge on Butler, and solidifies an identity. 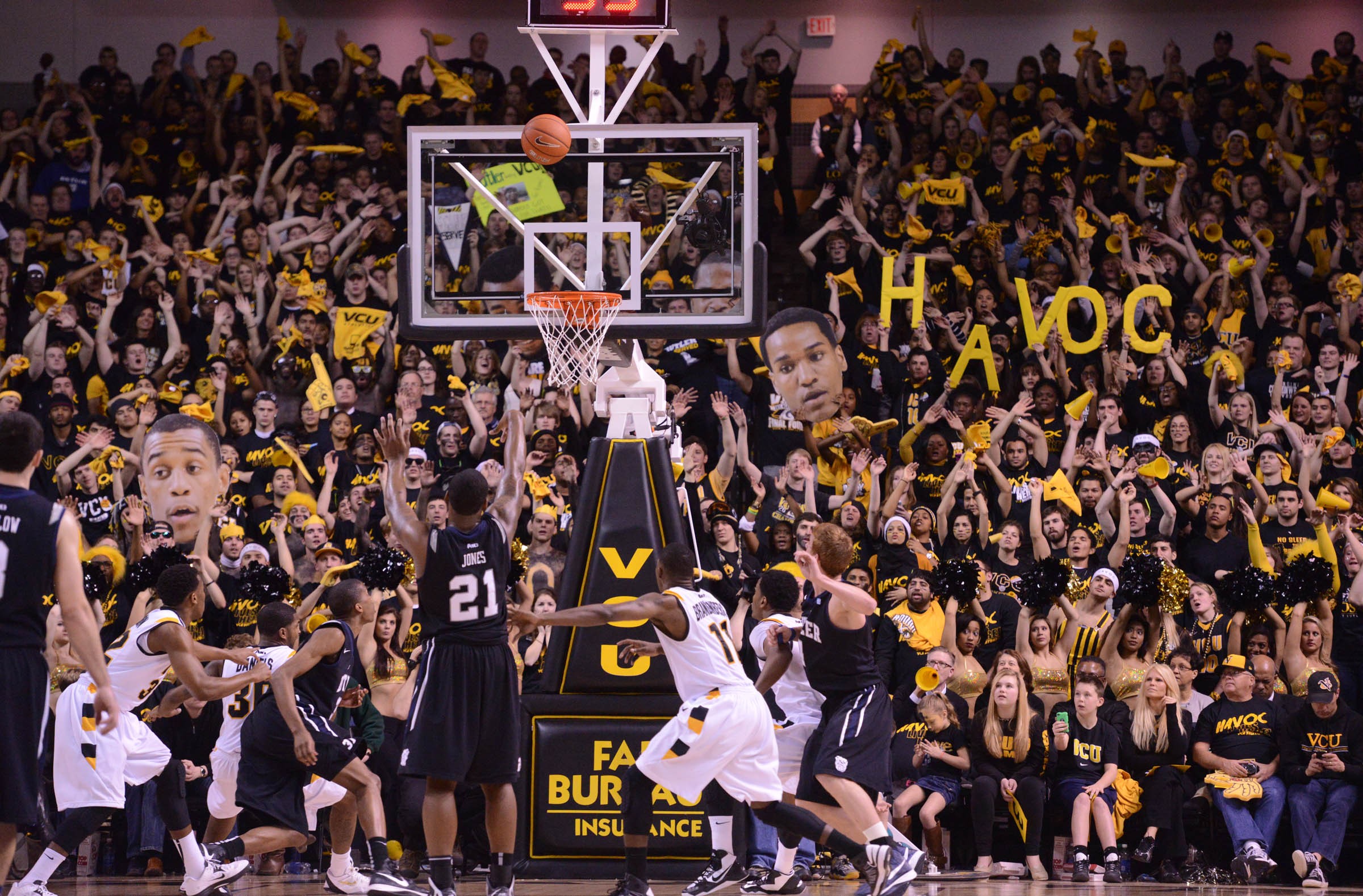 It wasn't so long ago when a diminutive coach first screamed "Havoc" and even his team had a difficult time taking him seriously.

True, Virginia Commonwealth University's head basketball coach, Shaka Smart, earned his bona fides a long time ago. But in the afterglow of the Rams' trampling of Butler University at the Siegel Center on Saturday afternoon — yes, the same team that stopped the team's magical Final Four run on April 2, 2011, the transformation is complete. Havoc doesn't just live here, it is here.

Let us count the ways: The 34th consecutive sellout at the Stuart C. Siegel Center had tickets advertised online upwards of $700. Students took up sleeping bags on East Broad Street for premium seating, an encampment they dubbed "Shakaville." During the game, the high-energy crowd of 7,700 got complimentary "Havoc Lives Here" T-shirts for a crowd-wide blackout effect.

Stalking the sidelines, Smart appeared ready to jump into the game himself. His eyebrows danced high on his forehead while his players smothered Butler in the backcourt. The incredibly conditioned players swarmed Butler the entire game, forcing turnovers, hitting shots and cruising to an 84-52 victory.

The nationally televised game made ESPN's highlight reel throughout the weekend. Moreover, Smart exacted revenge on Brad Stevens, the consensus best-young-coach in college basketball, a baby-faced strategist who never so much as raised his voice on the sidelines. Stevens has back-to-back Final Four experience, and was one-rimmed-out-shot from winning it all against Duke in 2010.

On Saturday, it made no difference. By halftime, down 24 points, the shell-shocked Butler players appeared ready to get back on the bus. A coach's voice could be heard from inside the visitor's locker room screaming, "I need you guys to f—-ing play!"

When the Butler players slowly re-entered the floor for the second half, one VCU fan shook his head from above: "Just give up guys," he told them.

Things got decidedly worse for Butler, which lost by 32. The sea of fans wearing black-and-gold proved why they are finalists for the 2013 Naismith student section of the year, bouncing en masse to the brassy VCU pep band and making the compact building vibrate like a much larger arena.

“It was as good as I’ve seen it here in my four years,” Smart told Style after the game. “Our players really feed off that and it energized us early.”

Season ticket holder Paul Munson, a former medical educator at VCU, says the school suffered from an identity problem for years, but not anymore. "More than anything," he says, "I think the basketball program has galvanized the university and given it a coherent identity."

All the talk in the media room was about Butler, rumored to be leaving the Atlantic 10 conference and robbing college basketball of a budding rivalry with VCU. But this isn't about Butler. VCU needs to show this havoc thing isn't a fluke.

After the game, a CBSSports.com journalist argued online that the new Big East should look long and hard at VCU. Ed McLaughlin, athletic director at VCU, says there have been no discussions yet about possible new teams to bring into the A-10. “We’re really happy in the A-10 and I don’t think conference realignment is going to stop no matter what happens,” McLaughlin says. “We’re looking forward to the A-10 being strong and us being a member for a long time.”

Stuart C. Siegel, for whom the venue is named, says he is consistently impressed by how amazing the home crowd has become, though he admits it is “disappointing” whenever good teams leave the conference. But already the waiting list for next year’s season tickets is more than 300 people long. On Monday, VCU will be ranked number 21 in the country in the AP Top 25 Poll.

During the game, student Kyle Sipper says the venue should add seats so more students can easily get tickets. Alum Derrick Moseley (‘02) argues that it is perfect now “because it’s always a packed house.” Butler fan, John Wilson III, a professional basketball player visiting his parents from Europe, also is impressed. “Luckily, I found a ticket outside for $60,” he says. “This is a great crowd for any level of basketball.”

One diehard fan came dressed as wrestler Ric Flair, with a blond wig and a golden wrestling belt on his shoulder. He stayed on the court taking photos with fans after the game ended. During the game, "security was busting my balls," he says. "But at the end of the day, VCU pulled ahead because they have the karma, brother. Wooo!"