In Studio 2, Richmond Ballet pairs the creepy with the sublime. 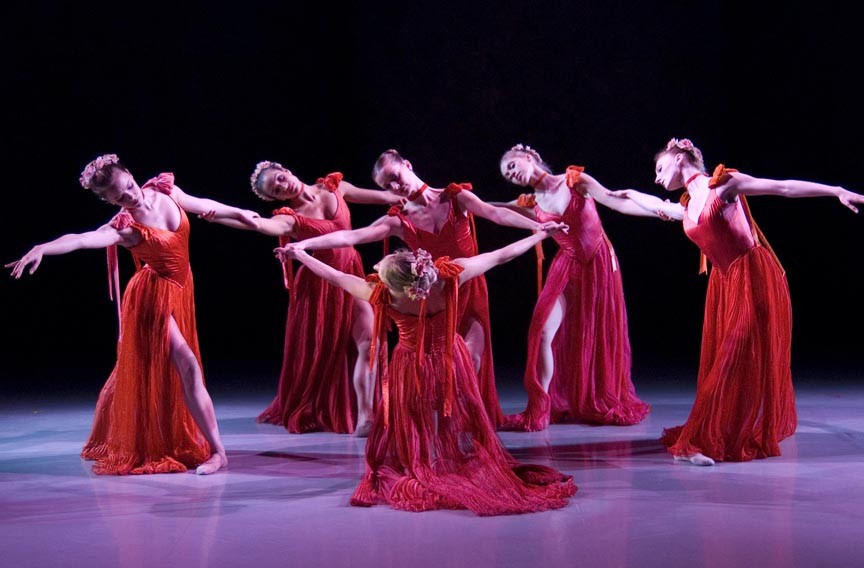 "A Rose for Miss Emily," inspired by a William Faulkner short story about a decaying Southern belle who succumbs to madness in the wake of a thwarted love, is a tragic tale with a macabre twist. For a dancer, it's emotionally exhausting.

Nevertheless, dancer Cecile Tuzii agreed to reprise her role as the lead in Agnes De Mille's work, which the Richmond Ballet revived five years ago.

"It's draining," Tuzii says. After the first run with a full cast, "I was not physically tired; I was just mentally exhausted. And I do remember that from when we performed it the first time. After two weeks I was so tired and so depressed. [Miss Emily is] a very disturbed woman, and if you go through all the steps she goes through, it's an unbelievable 20 minutes. It's intense."

What's more, Miss Emily haunts her interpreter after the curtain goes down. Tuzii says she finds it difficult to get out of character right away. During the performance, she says, "It's a duo; it's Emily and Cecile. And sooner than later it becomes more Emily, and stays there till the end of the show, and even longer after the show."

Remember this, audience: While you head back to your cheerful homes after the performance, Tuzii will pause on her doorstep to shake off the spectral fingers of a madwoman. Her performance is her swan song: Tuzii is retiring from the Richmond Ballet in June after seven years with the company.

Offering light to balance De Mille's dark, the Studio 2 program includes George Balanchine's "Duo Concertant," which has been re-staged by Ben Huys, a former New York City Ballet dancer who performed the work and now serves as a rehearsal coach for the George Balanchine Trust. The work is set to a Stravinsky composition of the same name and includes a pianist and a violinist on stage with the dancing couple. If the De Mille work is saturated with emotion and melodrama, "Duo Concertant" is, in typical Balanchine style, purged of both.

Huys says he coaches the dancers to avoid adding emotion or narrative. "Don't tell the story," he tells them, "don't create anything. Just do the steps, and look at each other, relate to each other, but don't get dramatic." The dancing should embody the music, and nothing more.

"It's hard to do sometimes," Huys says. "When the choreography is that good, you don't need anything extra. There's no story. Like Balanchine said, you have a woman and a man on stage, you already have a story. You don't need any more drama. Just dance it, you know?" S