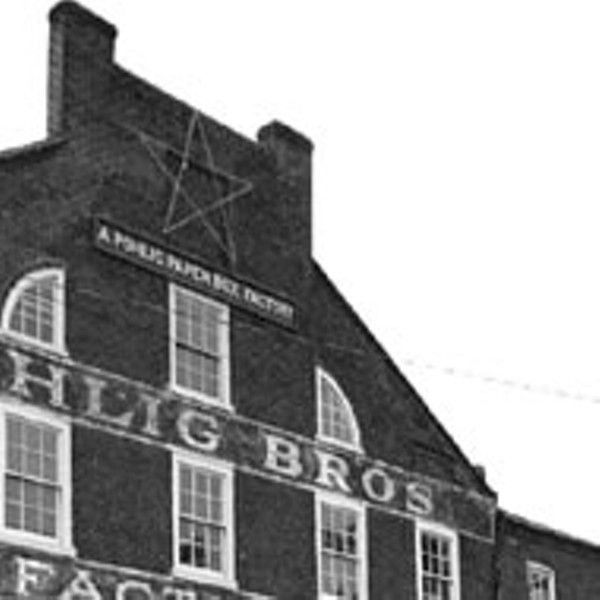 Henry Shield and George Stanley are Stanley Shield LLC, a company affiliated with historical redeveloper The Shield Company, which will renovate the five-story, 87,000-square-foot brick building.

It's ideal for the purpose, they say, because of its location, its excellent condition and the architectural details inside, like the 18-inch wooden pillars that will become part of the new apartments.

The building was first a tobacco factory. From December 1861 to October 1863, parts of the building became a hospital for soldiers from Alabama. More than 3,700 patients were treated in its sick wards, and 300 died there. It later became the Pohlig Bros. Box Co., then a warehouse for Showcase, the department-store-inventory liquidator that currently operates a colorful shop on Broad Street.

The renovations should take about 18 months and cost $6 million, Stanley says. The developers plan to add features such as a planned rooftop terrace with a view of the city skyline and a garden courtyard. "The more thrills you can put into these things," Stanley says, "the more desirable they are by a mile."

There are already thrills aplenty in the warehouse, if you talk to employees of Showcase. When the building was renovated in 1998, some reported feeling chills and inexplicable cold spots. Several say they've seen human shadows and doors mysteriously opening. Once, they say, the life-size apparition of a Civil War soldier was observed marching determinedly through the basement.

"I don't think it's necessarily negative," Stanley says of the ghost stories. "We're trying to separate this building as much as possible from the competition." The Pohlig building stands near the popular Tobacco Row apartments, the Richmond model of historic redevelopment for residential use. "The others haven't had 300 people die in them," he says matter-of-factly.

Even in the daylight, the building has an eerie feeling that's only amplified by oddities such as the stiff-limbed mannequins discarded by Showcase, the antique elevator with its massive cogs and wheels, and the big wooden doors on the top floor that, when opened, reveal a brick wall — a "ghost door," Shield says.

"We don't want to scare away any potential renters, though," he adds.