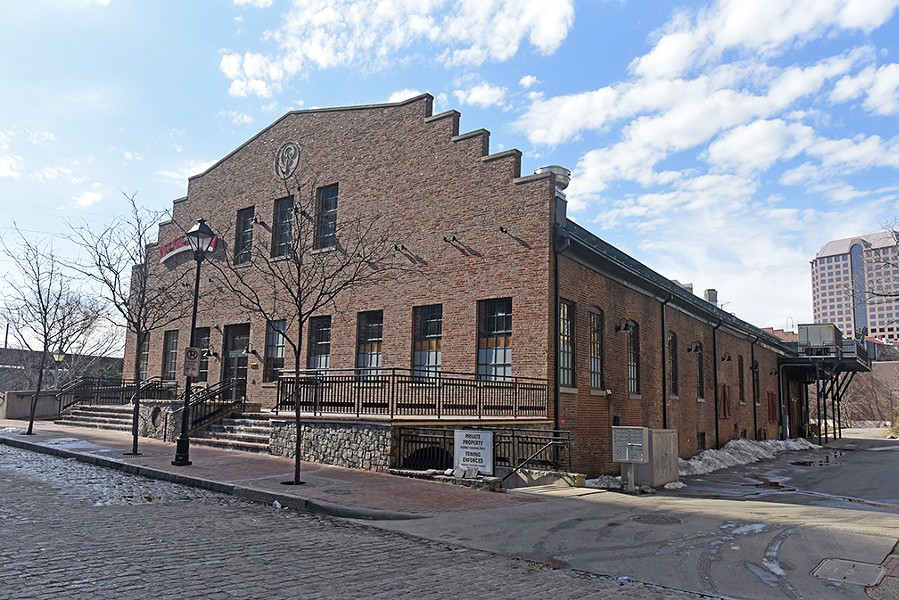 Scott Elmquist The Canal building will still house Off the Hookah, but the rest of the building will continue with a mix of tenants and no more Hat Factory.
It brought audiences such wide-ranging acts as Hanson, Pat McGee, Wu-Tang Clan, Little Texas and the popular electronica dance party RVAlution. But soon the Canal Walk venue known as Toad’s Place and the Hat Factory will go corporate.

While the club Off the Hookah will continue in the Lady Byrd Hat Building at 140 Virginia St., the Hat Factory is being turned into a “digital and technology innovation center,” Fulton Hill Properties announced today.

The space became a venue for offices and entertainment in the late 1990s. With concert producer Jeff Sadler booking shows, the 1894 building, owned by Margaret Freund, was turned into Toad’s Place after a long windup in 2007.

"The location lends itself to so much," Sadler said during preparations for Toad's Place. "That's why the city is behind it, we are working to give people the Richmond experience."

It was an extension of the brand out of New Haven, Connecticut, envisioned as a solution for a mid-sized concert venue in Richmond and taking advantage of the promise of development along the Canal.

“We believe the Canal is going to be huge,” Sadler said at the time.

Despite drawing crowds and offering a variety of entertainment, the club eventually struggled, closing in 2009. About a year later it became the Hat Factory. For the last several months, it’s been open only for private events.

“It was a wonderful music venue, absolutely incredible,” says Jon Ondrak, chief of operations for Fulton Hill Properties. “But I think this is a natural evolution for Shockoe Bottom, attracting creatives into that area.”

Ondrak says his team was emotionally invested in the space, citing Freund’s history of music. “She was in a band many, many years ago,” he says. “And the music venue was something that she got to experience and to build. And we’re all a little sad to see it go away.”

CarMax is leasing approximately 26,000 square feet in the building, according to Fulton Hill Properties, joining tenants Butler Royals and The Roseline Financial Group.

The Richmond-based, used-car retailer says it plans to hire more than 50 application architects, UX designers, security analysts and software developers in the next few months, some of whom will work in the new Canal location.

Fulton says the project is a collaboration of the mayor’s office, a private developer, Venture Richmond, the Richmond Metropolitan Transportation Authority and City Councilwoman Ellen Robertson.

Editor's note: A previous version of this story misspelled the name of the band Hanson.