Andrew Alli’s invitation to the blues was a modern one — it came via text.

It was the summer of 2011 and the Occupy protest movement was gaining steam. A small Occupy concert was taking place at Monroe Park and Alli’s roommate texted him that musicians at the event were playing the blues.

When he arrived, Alli recognized the song they were performing as Howling Wolf’s “Forty Four.” He pulled out his harmonica and joined in, sitting on a closed guitar case. On the other end of the guitar case sat a local folk-punk veteran, Tim Barry.

“Next thing I know, Tim was going to start his East Coast tour,” recalls Alli, who will play the Richmond Roots Festival with his band Saturday. “He said: ‘It’s starting next week. Do you want to come along?’”

Since then, Alli has accompanied the former Avail front man on tours in Europe and Australia, as well as pursuing his own musical endeavors.

Previous to his chance sit-in with Barry, Alli and drummer Charles “Chaz” Hibbler formed a band that performs as Andrew Alli and the Mainline. Previously called Andrew Alli and Last Night’s Blues Band, the current lineup includes guitarist Ivan Applerouth, bassist Ken Kellner and Mark Szafranski on keys. The band used to have a regular gig on the third floor of 3rd Street Diner, a venue worthy of inspiring its own blues songs.

“Our first gig started at midnight and we played till 3 o’clock,” Alli says. “That gig was wild.”

Alli also performs as a duo with guitarist Josh Small, and recently sat in for a number of gigs with local country band Harley Boone. A native of Henrico County, Alli first got into playing harmonica after hearing some traveling musicians at a farmers market.

“I went straight to the music store, bought a harmonica and fell in love,” he says. “I feel so sorry for my roommates early on. I would play it nonstop, every day. It sounded terrible. Slowly it started to progress, and one of them pointed out, ‘Hey, we can kind of tolerate you now.’”

The instrument’s history and that of the blues are intertwined, so Alli has become an aficionado of both. He’s a fan of Chicago and Delta blues, and cites harmonica players Little Walter, Junior Wells, Big Walter Horton and Sonny Boy Williamson II as influences. 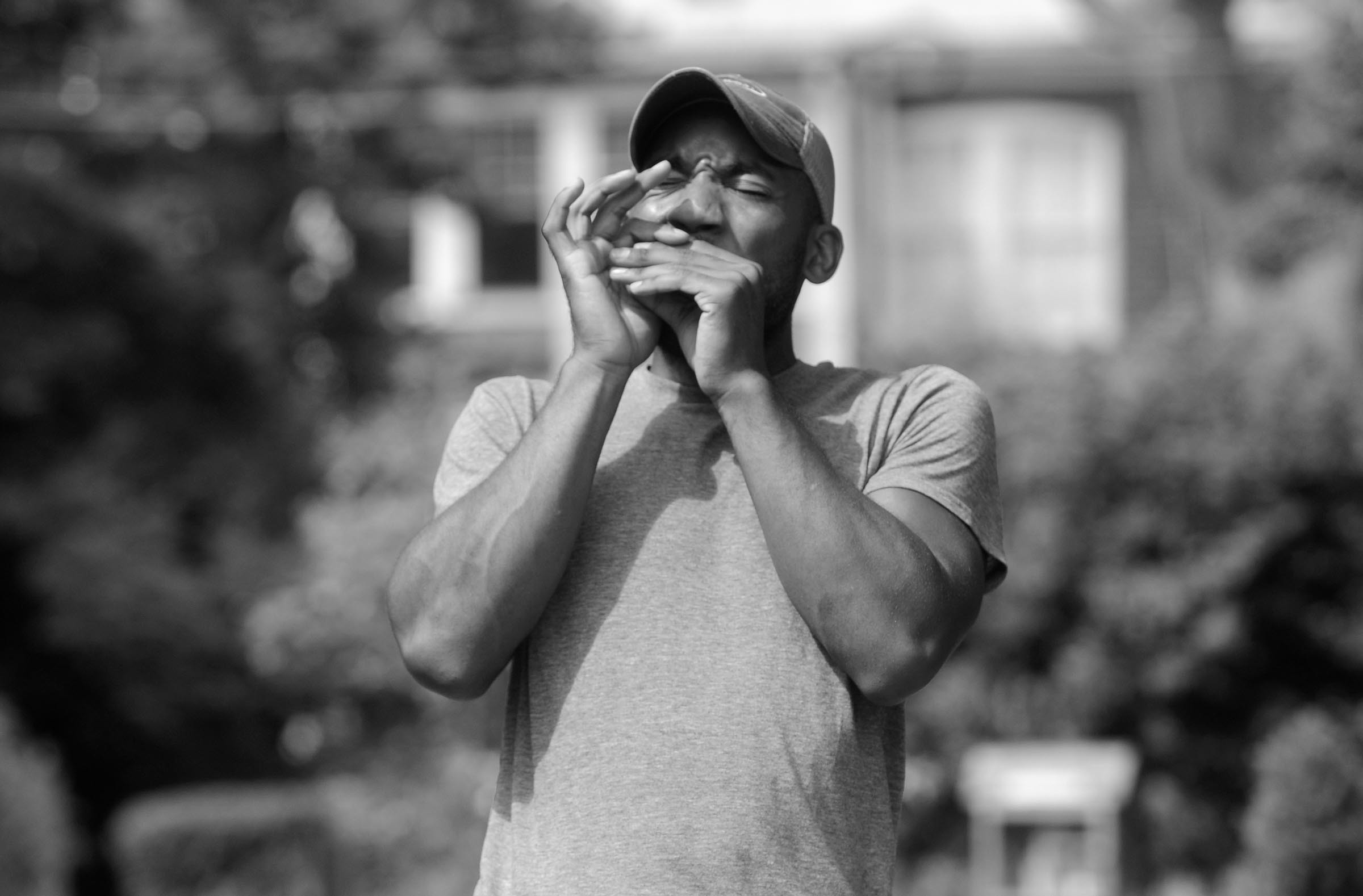 “You can play almost any type of music you want on it — blues, jazz, classical, folk — it has the ability to do all that,” says Alli, who does trail maintenance on the James River Park System when he isn’t playing music. “It’s such a soulful instrument. You’re really able to mold the sound and create something interesting of your own. You’ll never hear two harmonica players that sound the same.”

Alli and his band will play the Richmond Roots Festival on Saturday at Hardywood Park Craft Brewery alongside Broad Street Ramblers, Alison Self and the Lonesome Lows, Gypsy Roots and the Judy Chops. In the fall, Alli hopes to perform at the Richmond Folk Festival for the fifth time. Past years have seen him play and give beginner harmonica lessons.

Unlike many musicians, Alli considers the harmonica as his primary instrument. “They call it a mouth organ,” he says. “It’s like an extension of the body.” S

Andrew Alli and the Mainline play the Richmond Roots Festival on Saturday, July 18, with Broad Street Ramblers, Alison Self and the Lonesome Lows, Gypsy Roots and the Judy Chops. The show is at 2 p.m. at Hardywood Craft Brewery, 2408 Ownby Lane. Free. hardywood.com.