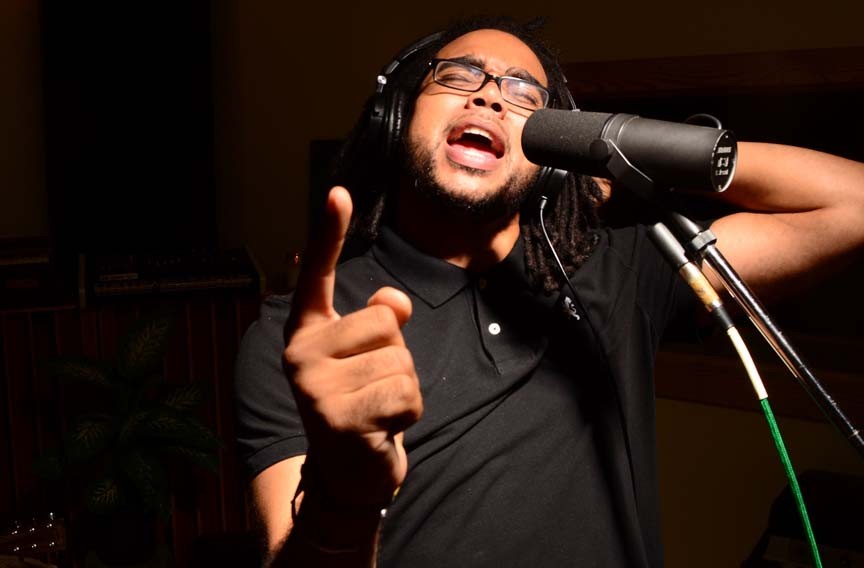 There's nothing like a bad breakup to bring on the blues.

At least Jon Bibbs got a hit album out of his heartbreak.

"I was hurting," the Richmond native says over iced coffee at a cafe in Norfolk. "As I was writing this music, I was really thinking about that past relationship."

"Ode to Old Flames" is an introspective, eight-song album that harkens to classic Motown and 1970s Al Green. That the album is so short adds to its aural appeal. "I just want to make eight great songs and leave it there," Bibbs told one of the album's producers.

"Ode to Old Flames" may read like a sonnet, but the eight songs that make up the album are keenly self-analytical and full of revelatory detail about a failed relationship, balancing the nostalgic feeling in which the record luxuriates. On "Mistakes," for example, Bibbs sings, "I let my pride get the best of me, I simply lost control, hid behind defenses, wouldn't let my baggage go. ..."

Building an album on the pain of failed love is a tradition that dates back to early blues records. So it was apropos for singer and songwriter Bibbs to make the 1956 Screamin' Jay Hawkins composition, "I Put a Spell on You," the centerpiece of his new album. Aside from that classic, the Hampton University graduate composed all of the songs on the record. The album features notable production work by the likes of DeAndre Shaifer, Wellington Britt and Miguel Atwood Ferguson, while musicians Conya Doss, Alison Carney and Richmond native Skillz also are featured.

Upon its digital-only release May 29, "Ode to Old Flames" cracked the Top 20 of the R&B album charts on both Amazon and iTunes. It was a remarkable achievement, especially considering that Bibbs' music is all independently released via his own self-named label. It's his fourth studio album and the first to chart nationally. This unexpected success has inspired other indie-soul artists, according to Bibbs.

"They were really excited for me," he says. "A lot of my colleagues were like, 'You're repping for all of us right now.'" The album's success has sparked a range of new opportunities for Bibbs, including a new music video for the single "Follow My Heart," which premieres this month. He recently embarked on an East Coast tour, which kicked off at New York City's Joe's Pub on July 30, and makes a stop here at the Canal Club on Friday. He'll be backed by his reliable trio of musicians, 21 Pump Street.

Bibbs lives in Newport News, although he's tied to Richmond as the owner and administrator of Richmond Prep, a Christian preschool and elementary school on West Grace Street. And he says he's excited to return to Richmond to perform: "It's a real blessing to be back in the 804." S

Jon Bibbs performs at the Canal Club with Rashard Small and Kay'Vion on Friday, Aug. 17, at 9 p.m. $12-15. For information, go to thecanalclub.com.