"The Happiest Car Dealer on Twitter" gets a new ride. 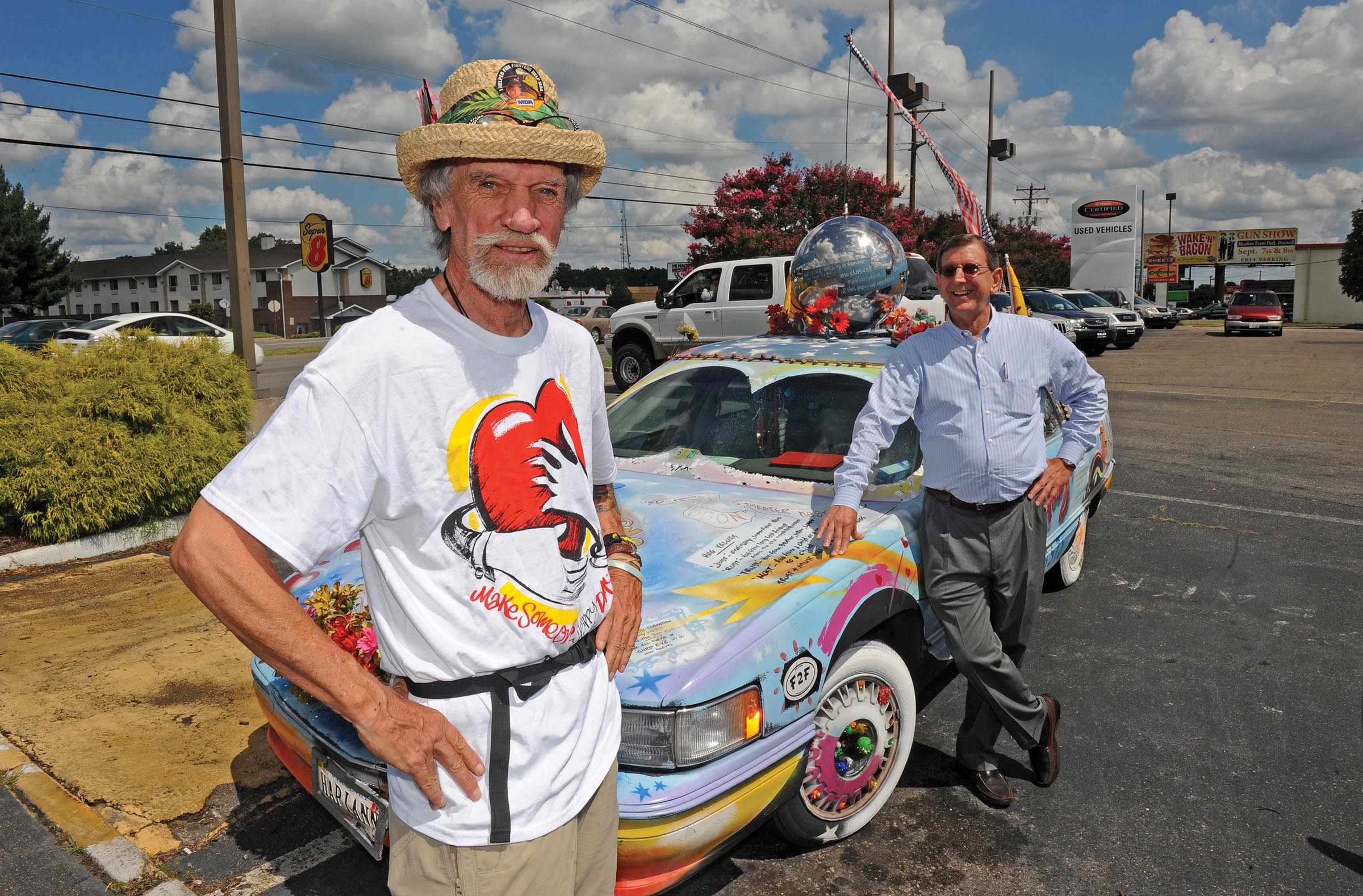 You can't buy happiness, but you can buy Happy's car.

Richmond muralist J.P. "Happy" Kuhn, aka Happy the Artist, has parted ways with his Hugmobile, the painted, flowered and mirrored '96 Cadillac DeVille from which he estimates he bestowed 10 hugs a day since 2004. "I have a nine-second hug," Kuhn says. "It's three complete breaths. Our hearts will start to synchronize."

Kuhn sold the car to Haley certified manager Bill Simmons, recently named Happiest Car Dealer on Twitter in Style's Best of Richmond awards. "I thought, 'Who better to own a Happy car than the happiest used car dealer in Richmond?'" Simmons says.

The Hugmobile has clocked 250,000 miles and is on its third transmission, Kuhn says. His Facebook page notes: It gets "wonderful gas mileage (if you're rich and don't care.)" For now, the car brightens the Haley Auto Group lot in Midlothian. But both Kuhn and Simmons expressed interest in donating the Hugmobile to benefit the Byrd Theatre, which raising money for a new air conditioning system.

Kuhn's new ride, from which he will continue to dispense free hugs, is a GMC truck. He's decked it out with wings, a floral wreath and — naturally — paint. He's calling it Barry Sr.