Another new year — one that promises change for all of us. Style asked some knowledgeable Richmonders to tell us what they wish for the city in 2005. 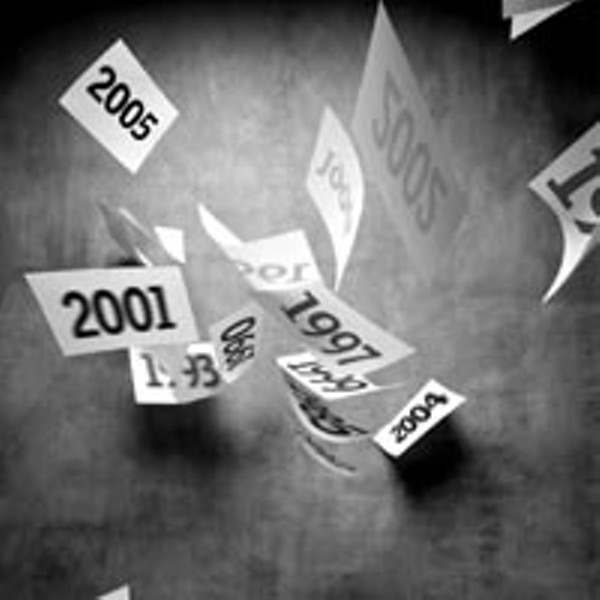 President of the board The Daily Planet

Richmond would be a place where race recedes as a defining aspect of civic life, where violence is not routine, where children follow wedlock, where every person's education is priceless, where religions flourish, where corruption abates, where the poor become stalwart, where all the rich care, where we insist on justice for others, where we ourselves obtain mercy, where all honest work is exalted, where grinding toil ceases, where we love our neighbors, where the old are respected, where we look after the sick, where we succor the abandoned, where we nurture the young and where, occasionally, we just sit still.

For 2005, I offer a renewal of a pledge, a pledge to use every resource available to the Free Press to continue its campaign to transform Richmond into "a shining city on the hill" for all people.

The key to this is to awaken more people, people of all hues, to recognize their power and to use it in an informed and effective way to bring about positive change. The status quo maintains the shackles of oppression.

Change doesn't come automatically. It is the product of demands of the people voiced through enlightened, committed leaders.

The people's power was demonstrated in November's mayoral election. Now that the people have made their investment in a new system of governance and Mayor-elect L. Douglas Wilder, their job moves to another stage: to stay in the ball game to protect the people's interests against that element that serves the interests of a privileged few.

The Free Press will continue its campaign for economic justice. We will persistently invite the corporations to become responsible corporate citizens.

Customers, like voters, wield life-or-death power. I hope they will use buying power for what is right and just.

Initially, I found myself thinking about wishes such as fixing our city's major problems — crime, poverty, racism and others. After reflecting, I decided to focus on things that each one of us can do to effect a slight but positive change. I wish that people in Richmond would volunteer in our schools — all of our schools. By mentoring, tutoring and being positive role models for our children, eventually youth violence and high dropout rates would diminish. I wish we would learn more about a different culture. We have people from all over the world moving to Richmond; we can travel to different countries daily. If we learned more about other ethnicities and got involved, racism and fear would diminish. But what I wish most for Richmond is that our community can become just that — a unified community that celebrates its diversity, its talents, its children and its city.

There are no greater priorities for the city of Richmond than health, safety and education. In 2005, my hope is that the business, government and higher-education communities come together to improve learning and teaching for all of our elementary and high school students; that the community bands together to address public health issues such as interpersonal violence, substance abuse and obesity; and, most of all, that we work together to strengthen public safety and to solve the problems that cause crime and violence. I believe a unified community under strong leadership can, and will, improve the quality of life for all of us who live and work in our city.

Housing: 1. Retention of present low-income housing. 2. More Section 8 housing. 3. More SROs (single room occupancy residences) like the Clay House and SRO of South Richmond. 4. Public restrooms like those in San Francisco. 5. More emergency beds and daytime shelter for homeless people open in the early morning, including on weekends and holidays.

Jobs: A supplement to job training to provide transportation for homeless people to get to jobs in Henrico County and Chesterfield County.

Respect: A training program available to agencies receiving public funds to provide help on how to do that without talking down to people.

Etymologies transmit the depth of meaning in common words. "City" comes from the Latin civitas, meaning "citizenship," derived from the classical Latin civis, "a citizen." But we're not at the basic meaning until we get to its semantic root, citare, literally "to put in motion, move, stir, arouse." What root and branches convey is that a city is a place where its citizens are, by definition, expected to take responsibility for citizenship, to put into motion what a city is expected to be, to be aroused and stirred to action.

The root of "city" is coming to fruition in Richmond under the astute, muscular and mandated direction of hizzoner the mayor. A hero of mine, Doug Wilder has achieved greater dimensions of heroism with his magnanimous decision to become the full-time mayor of Richmond, which is already bearing the fruit of his integrity, experience and formidable leadership. Now Richmond's citizens must nourish the root of their citizenship by supporting our mayor (from the Latin magnus, meaning "great in rank and dignity"). S