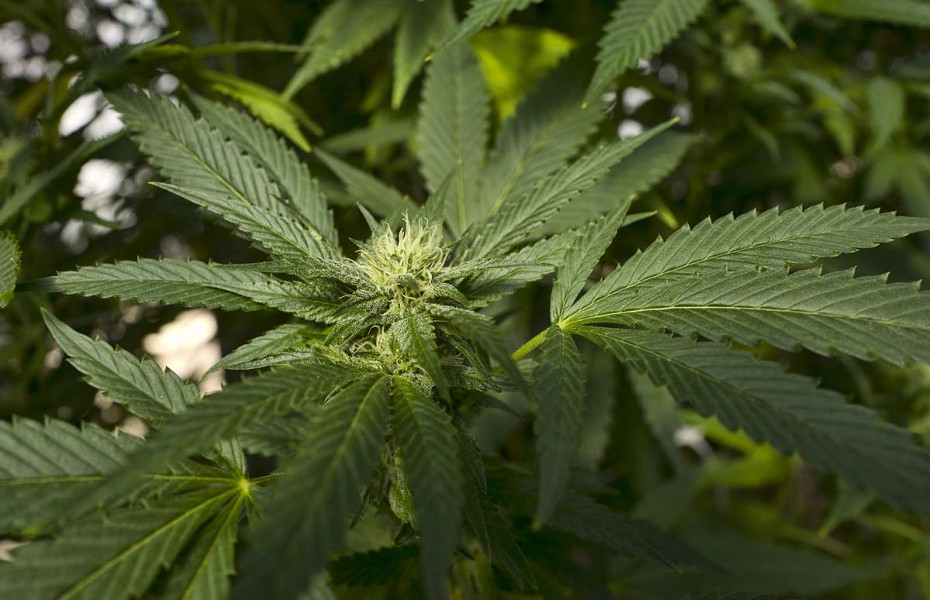 A delegate whose district includes parts of Portsmouth and Norfolk wants to legalize marijuana in the commonwealth — and he's introduced legislation for the first time that would do so.

"I think it's time in Virginia we have a long public policy conversation about where this is headed," Del. Steve Heretick, a Democrat, told the Virginian-Pilot Wednesday morning, the first day of the General Assembly session. "It is a choice adults should have without fear of criminality. And it should be safe and legally available to consume if you choose to do so."

Heretick has proposed legislation every year since his election in 2015 to decriminalize marijuana, which would nix the criminal penalties for marijuana possession and replace them with a small civil fine. He's not the only one seeking changes to the state's rules governing marijuana and hemp products — other bills at the session would similarly decriminalize simple possession.

But Heretick's proposal this year takes it a step further with actual legalization — meaning not only would smoking cannabis not land you in jail, but you could buy and sell it in Virginia with relative impunity.

In recent years in Virginia, many lawmakers have opposed legalization even as they inch closer to lessening the criminal penalties.

"Not in Virginia," Del. John Bell, a Northern Virginia Democrat, told the Loudoun Times-Mirror in 2017. "I don't think that the sentiment is strong enough in the General Assembly to do that."

Heretick's bill in the House would let adults over 21 buy and consume marijuana for medical reasons or recreation. A statutory structure would allow for the cultivation, manufacturing and distribution of marijuana and its products.

Under Heretick's vision, the state's Department of Agriculture and Consumer Services would issue licenses for people to grow and sell the plant as well as limited home-growing for personal use. The average Virginian would be able to keep three mature plants, three immature plants and seedlings to maintain growth, he said.

Heretick said the legislation is "155 pages, give or take" and outlines a comprehensive regulatory framework.

"The idea is this legislation decriminalizes simple possession where it is legally obtained, but it does not decriminalize it for those who want to sell it outside the state framework."

Virginia would monitor everything "from seed to sale." Smoking in public — except as permitted by localities — and using marijuana while driving or as a passenger would be outlawed.

Heretick added: "I hate to admit this, but there are certain revenue potentials as well. It can and should be taxed," and the money could go to helping address drug abuse issues.

His bill calls for a tax on retail pot products of 9.7 percent — for a total of 15 percent including the 5.3 percent state sales tax.

"When I hear about legislators in Washington and Colorado (legalizing) it because it helps them make some money, I think that's improper," Republican then-Del. Randy Minchew told the Loudoun Times-Mirror in 2017. "I think allowing for a recreational use of a narcotic so you can tax it is not a legitimate public policy purpose."

"We've had stereotypes for so long about marijuana," he said. "People are reluctant to look at this a different way."

He believes many colleagues "quietly support the bill" and said there's been a large, mostly positive reaction from the public.

He won't be surprised if legislators instead want to wait and study the issue with commissions and the like. But he doesn't see decriminalization as enough.

"That's not the final step," he said. "Every state that has started with a decriminalization bill has ultimately ended up with a legalization bill. We can cut to the chase. We're not inventing the wheel."

Meanwhile, Hampton Roads' first medical cannabis dispensary is slated to open in Portsmouth this spring, run by New York-based Columbia Care. It's one of five companies that have been granted licenses by the Virginia Board of Pharmacy to operate strictly-medical dispensaries.