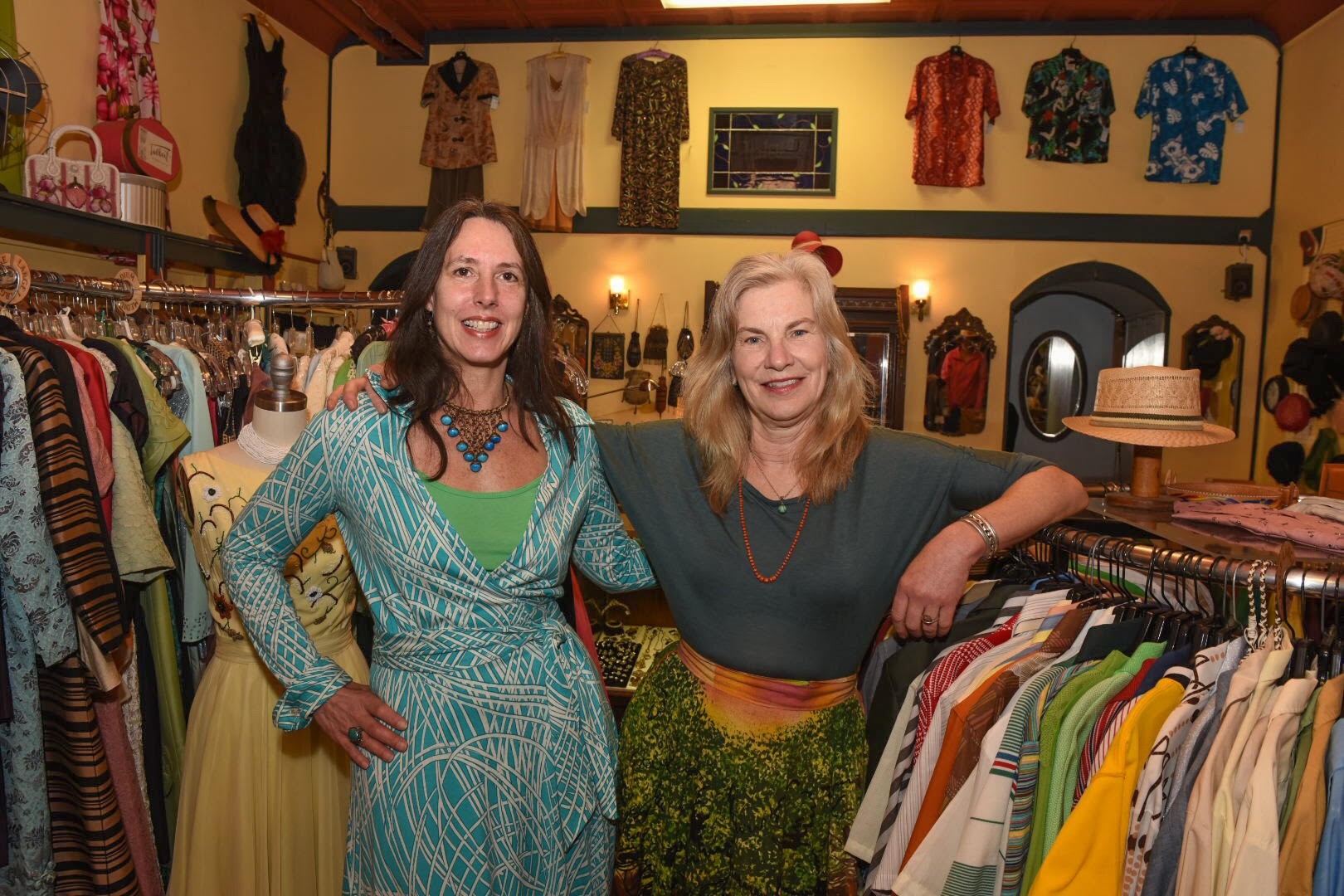 Connie Carroll remembers people already waiting at the front door of Halcyon in 1983 on the day she opened the vintage clothing shop on North Robinson Street in the Fan.

It was a quieter street then and she wanted a name that would keep her shop mysterious so that people might think of it as their own private treasure.

“That formula has worked,” she says. “I’ve never been in the red.”

For the next 33 years, customers kept coming back to the cozy, retro-style boutique, often passing a cute dog in the window. That includes everyone from local fans to visiting musicians such as Bruce Springsteen, who bought bowling and gabardine shirts, Gillian Welch, who bought ‘40s rayon dresses, and actress Drew Barrymore.

One year, Carroll even helped costume a Broadway production of “The Diary of Anne Frank” starring Natalie Portman.

But now she’s moving on. Carroll recently sold the business to an employee, Didi Chisholm, who has experience running a brick-and-mortar shop as a co-owner of Urban Artifacts, an antique and vintage consignment shop in Carytown. Chisholm is quick to note that Halcyon will keep its name and change little in the transition.

“I will probably work on the Etsy store a little more,” she says. “But I appreciate the business the way it is. Customers love it.” She does plan to carry her own jewelry line, Half Past Noon, made using vintage found objects.

Having moved to Richmond in 1971 to attend Virginia Commonwealth University, Carroll says rent was only $150 a month when she opened the shop.

“It was so primitive I heated the place with wood initially,” she recalls from the overflowing back room that smells distinctly of old clothes in boxes, some of which date to the 1910s. Carroll explains that she decided to move on from Halcyon for several reasons.

“I’m developing a little relationship with an island in Maine that I love,” she says. “And I want to feel free when I go there to not worry about the store – to be completely there. Also, I want to pursue my gardening interest. ”

One of Carroll’s favorite stories from her time running the store involved a woman, Ruth Smith, staying with her seriously ill husband across the street at Retreat Doctor’s Hospital. Carroll remembers Smith would bring in used clothes and get so excited, her spirits lifted when she received any small bit of money.

Then one day she brought in a beautiful velvet jacket that Carroll bought for $40 and threw on a pile.

Carroll later noticed a designer patch in the back of the jacket, Mariano Fortuny, one of the more desirable brands in the world at the time. “I thought, ‘Oh my God, I ripped her off,’” she recalls. So she called collectors and found interest from the Mint Museum in Charlotte, which agreed to buy it for $2,000.

“I called Ruth, had her come back and handed her a check for $1,000 dollars,” she says. “That’s when Halcyon started blossoming. I think it was the good karma.”

Carroll says she tears up when thinking about the amazing support she has gotten from so many Richmonders over the years. Most important, she says, she wants to thank everyone.