The Richmond School Board hears of struggling phys-ed classes and rodents in locker rooms. 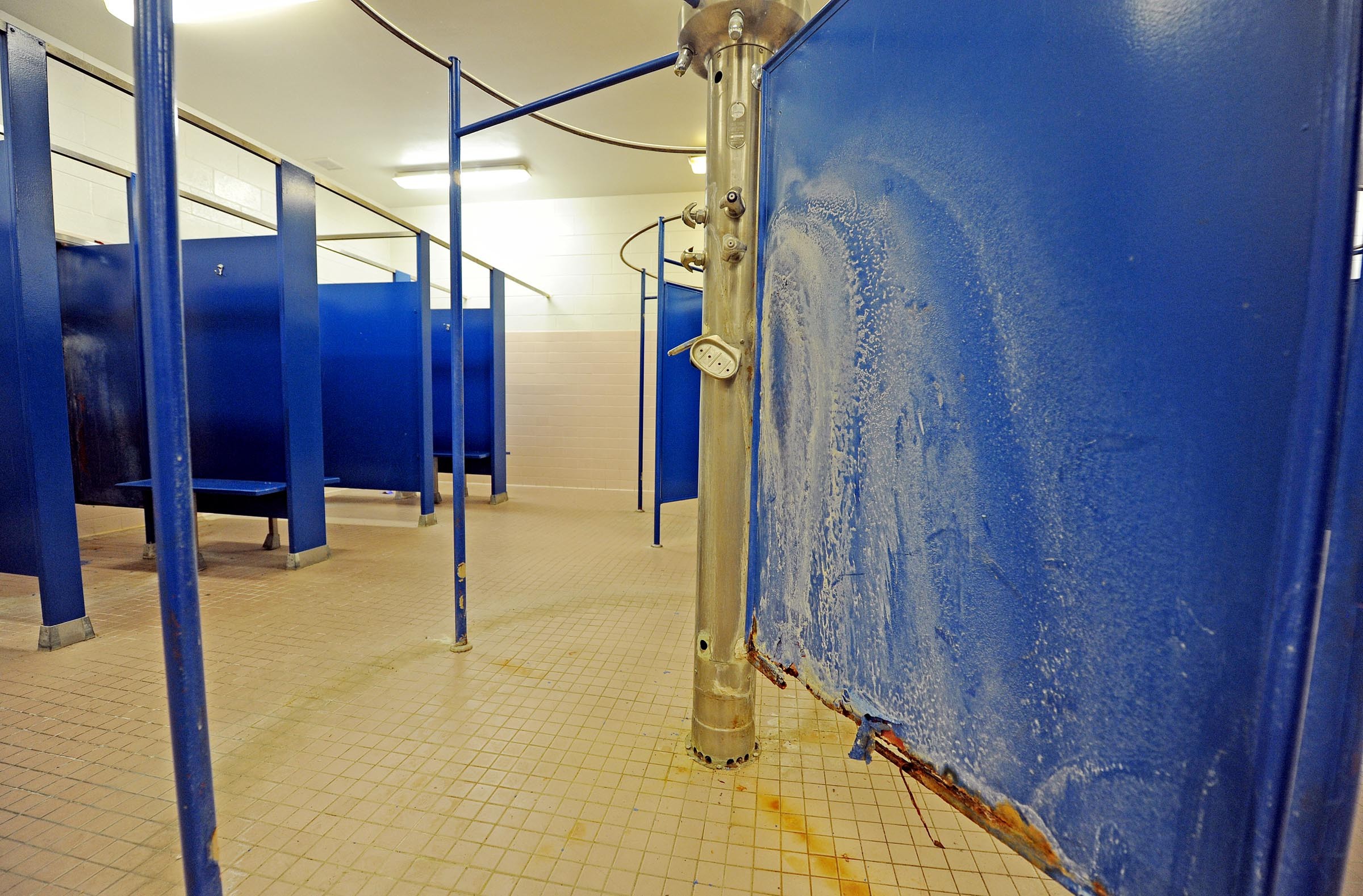 As if getting ready for gym class weren’t bad enough, some city students are asked to change and shower in decrepit, rodent-infested locker rooms.

Picture: “Signs of rodents. Lots of signs of insects. A lot of trash. Broken showers, broken sinks. Locker rooms that hadn’t been used in years.” That’s the state of gyms and athletic facilities in the Richmond Public Schools as described by Jon Lugbill, executive director of the physical activity advocacy group Sports Backers.

Lugbill says the group volunteered to help examine issues at city schools to promote the importance of physical activity in education. Besides the subpar condition of some facilities, he says, lowered expectations among school staff is leading to a lack of participation among students in gym classes and after-school sports.

He cites the worst example as a gym class: “Fifty kids. One teacher. Forty-five kids talking on bleachers … and five kids that were participating were in street clothes just shooting random hoops.”

The Sports Backers report, shared during a Richmond School Board meeting last week, includes such recommendations as “use locker room for intended purpose, not storage” and longer-term goals such as adding new sports to encourage student participation.

Two bright spots are Henderson and Lucille Brown middle schools, Lugbill says. Both are examples of schools “where their principals regard physical activity as a pre-eminent factor in academic success.”

School Board chairman Jeffrey Bourne says it will use the findings to adjust priorities.

“It’s sobering and it’s disappointing that our students don’t have the resources or the programmatic things that would make a good P.E. component,” Bourne says. “This is additional concrete data that provides us with ammunition to say, ‘These are our priorities.’”

Among those priorities is what to do about John Marshall High School’s football field. The National Football League offered a grant to help pay for a new field, but the gift requires City Hall and the School Board to shoulder costs that could run to more than $500,000.

The field needs replacing, Lugbill says. But putting that much money into one field fixes “a small part of a really big problem, and that’s kind of too bad.”

Bourne doesn’t fault the school for seeking the grant, but says the logistics could be insurmountable. “Sometimes you just can’t afford a gift,” he says.

While other funding options may be in the works to help secure the NFL grant, Bourne notes that the Sports Backers study offers a look at just how dire the situation is system-wide.

And, Lugbill says, “we might not have even hit bottom yet.”