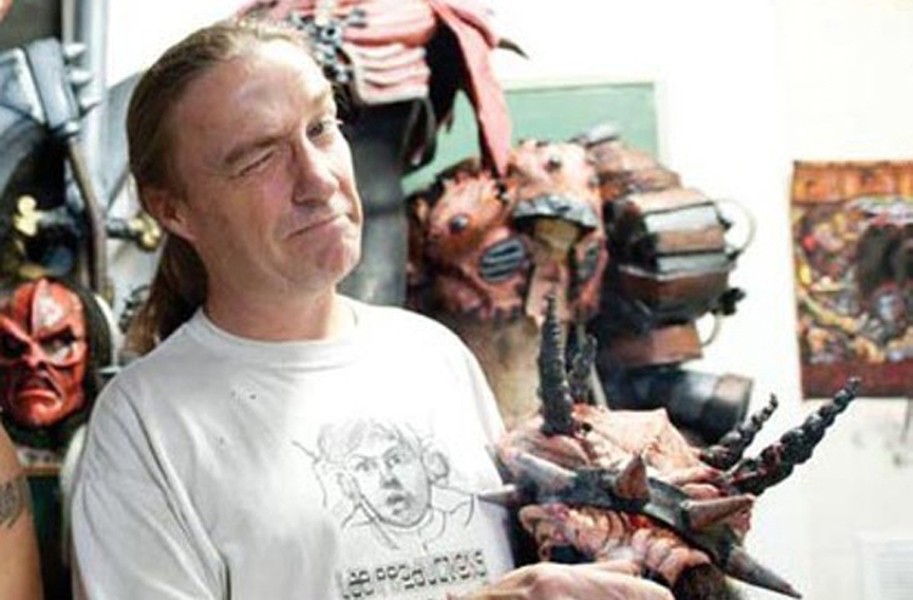 Update: Wednesday, June 4: Randy Blythe, lead singer of Richmond-based metal band Lamb of God, sent a statement to Style regarding the circumstances of Brockie's death. Read the full statement below.

Brockie, who launched the costumed metal band from basement shows to international fame, died at his Richmond home March 23. Office of the Medical Examiner spokesman Arkuie Williams said no further information would be released regarding Brockie’s death.

"It shocks and saddens me that he died that way," former Gwar bassist Michael Bishop says. "It does not diminish what he meant to me and people all over the world. People should remember what he did instead of how he died. That's what is important."

The remaining members of the band will hold a “Viking funeral” for Brockie’s stage persona Oderus Urungus on August 15 at Hadad’s Lake, the site of the annual Gwar-B-Q. The band recently announced it will perform at the festival, but hasn't confirmed any other dates.

In late May, the band announced it would pursue Brockie’s dream of opening a Gwar-themed bar in Richmond. Its fundraising page has garnered nearly $13,000.

It was with a heavy heart that I read about Brockie dying of a heroin overdose. Dave was such a brilliant man, and it kills me that now to some he will be relegated as just another rock star junkie who died of smack. These people will say "How typical. That guy must have been an idiot." I invite these myopic specimens of humanity to list out the things they accomplished in their lives, then take a look at what Dave did in his fifty years on earth. List the the number of people whose careers they helped launch, that they supported, that they encouraged to follow their dreams as Dave did. List the number of people's lives they touched with their work. Dave COULDN'T write down that number even if he were still alive, because it's so large it's unknown. Thousands of people are better off because of his existence, his art, his razor sharp mind. These condemning people, if they are honest with themselves, will quickly shut up because their criticisms will ring just as hollow as their vacuous heads.

I am a full blown alcoholic of the worst variety. I am also sober today, and have been for a several years. I could have easily died just like Dave did, but for some reason I survived. Many don't. I can only reach out my hand to help others who struggle with addiction and alcoholism, as others reached out to me. I wouldn't be alive without the help of many others. I wish I had been aware of what was happening with Dave before he died, because I would have reached out. Dave was a very smart man, but smart men fuck up too. Dave got involved in something he knew better than to. And Dave kept his drug use hidden, but now it is public. And honestly I am glad this has happened, because you know what? For all his over-the-top bluster, Dave was a deeply, deeply caring man, and some good might come out of this. Drugs are everywhere. They won't go away. What's done is done. But if Brockie's death can make one person, JUST ONE PERSON, think before they pick up that poison, then Dave would be happy. I knew him well enough to know that this is true. Rest in peace, old friend. I miss you dearly.