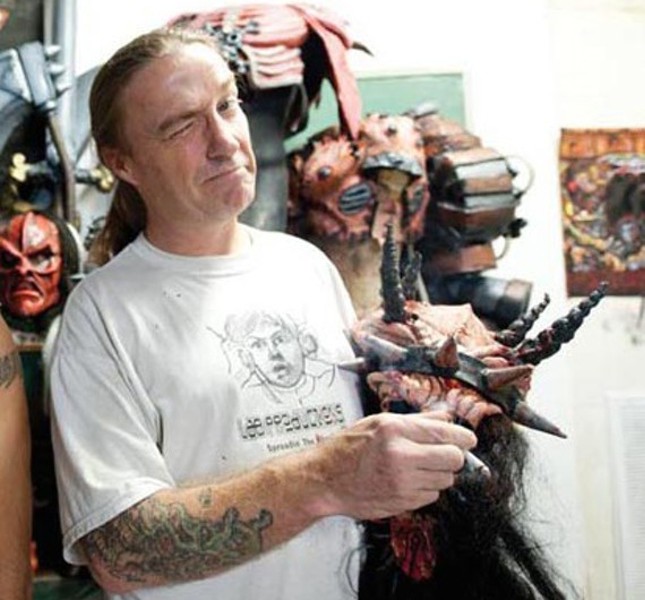 Updated: Wednesday, 8:29 a.m. In response to the drug report, police spokeswoman Waugh would only confirm to Style that investigators were "not ruling anything out."

Updated: Tuesday, 11:44 p.m. CBS-6's Mark Holmberg is reporting that Brockie's death may have been drug-related due to statements from a law enforcement source on evidence recovered in the house. Toxicology reports may take up to six weeks. We'll have more on the story and upcoming memorial plans as they develop.

Updated 8:21 a.m.: In the death investigation of David M. Brockie, detectives with Richmond police say they "do not suspect foul play at this time," department spokeswoman Dionne Waugh tells Style.

Police were called to Brockie's residence in the 4800 block of West Seminary Avenue at approximately 6:53 p.m. on Sunday, she says, and found Brockie deceased when they arrived. The Medical Examiner's office will determine the cause of death.

A member of the Richmond Police Department confirmed early Monday that the 50-year-old musician was found dead in his home Sunday between 3 p.m. and 7 p.m. by his roommate.

"Dave was one of the funniest, smartest, most creative and energetic persons I've known," former Gwar bassist Mike Bishop says. "He was brash sometimes, always crass, irreverent, he was hilarious in every way. But he was also deeply intelligent and interested in life, history, politics and art."

"His penchant for scatological humors belied a lucid wit. He was a criminally underrated lyricist and hard rock vocalist, one of the best, ever! A great front man, a great painter, writer, he was also a hell of a bass guitarist. I loved him. He was capable of great empathy and had a real sense of justice."

The news comes in a year the Grammy-nominated band marks its 30th anniversary and recently returned from a long-awaited first performance in Japan. It recently announced that it would hold its fifth Gwar-B-Q concert Aug. 16 at Hadad’s Water Park.

Brockie, aka Oderus Urungus, founded what became Richmond's most famous band in 1984 with a group of five boundary-pushing artists and musicians working out of North Side's Richmond Dairy. The band struck a nerve, selling out shows and touring the globe. It released its 13th album in 2013.

The self-described "Scumdogs of the Universe" were known for their messy shows, outlandish costumes and intentionally offensive theatrics. "We were and still are provocateurs," Brockie told Style in a 2012 feature story. "We're just a bunch of guys with warped senses of humor spit balling the most evil ideas that we could think of, to hold up a twisted mirror to the culture."

Friends and others posted condolences and remembrances across Facebook into Monday morning. "I wish it was a joke," says former band member Chris Bopst, a music writer for Style. "Everyone is in shock."

Brockie, a devoted fan of the Washington Redskins and a World War II buff, had recently fulfilled two of his lifelong dreams by visiting Stalingrad and playing shows in Japan with Gwar.

While the singer's death will be mourned internationally by the metal community, his passing will hit even harder here at home among friends and family. It would seem to mark the end of an era in Richmond and this city will be a different place without him.

Brockie made numerous appearances in character commenting on current events and culture, including such unexpected places as "Red Eye" on Fox News. In an interview last month on Insane Clown Posse Theater, Oderus Urungus talked about the essence of what made him tick: