Kate Uncorked’s meal plans satisfy cravings for new moms and everyone in the house. 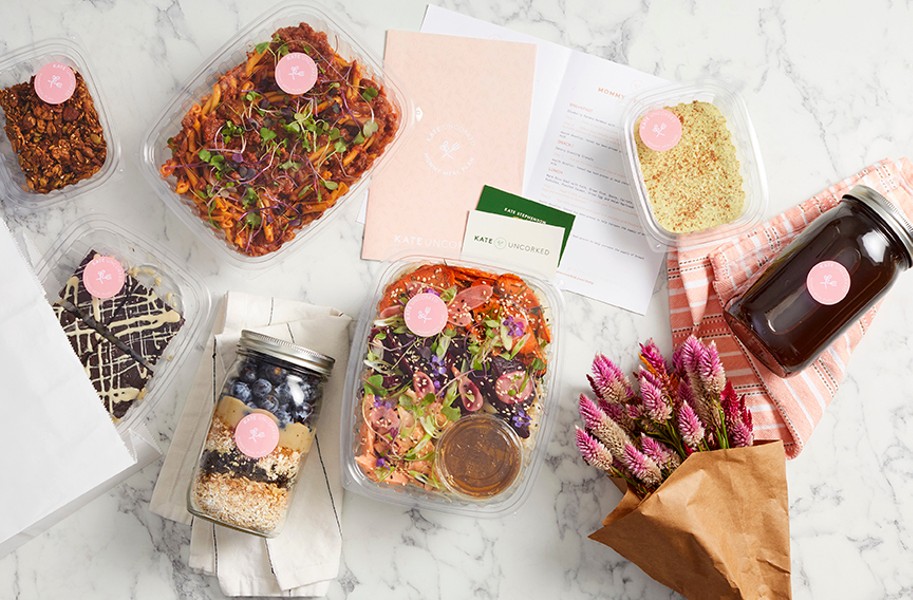 “You know, I don’t think I had anything to eat until 12:30 p.m. today,” laughs chef Kate Stephenson, founder of Kate Uncorked.

Stephenson isn’t testing the waters of intermittent fasting. No, she simply hasn't had time or space to create a filling meal for herself. Her newborn has been keeping her busy.

“As a personal chef, people would always reach out to me who’d just had a baby, or maybe they’d signed up to take a meal to a friend who had just given birth,” Stephenson says. “The more I cooked for new moms, the more I realized that postpartum nutrition is really important. There’s a lot of research telling people what to eat, but not that many people actually making it.”

The Richmond native founded Kate Uncorked in 2014 as a personal chef service and blog. She’d just gotten back to the States after graduating from Ballymaloe Cookery School’s intensive four-month Farm to Fork program in Cork, Ireland.

“It was one of the best decisions I ever made,” Stephenson says of attending the school. After six years of working in marketing in New York, she knew she wanted to attend culinary school, but wasn’t ready to commit to an expensive, two-year program.

The Irish farm’s four-month intensive sounded appealing, “What could happen in four months that I can’t reverse?”

What happened was Stephenson’s awakening to the world of sustainable growing, to the idea that good, hearty meals are best made with bounty pulled directly from the earth.

“There was a huge focus on sustainability,” Stephenson says. “I actually learned the reason behind marketing terms people throw around. I learned what it means to be a free-range chicken, why it’s important to have grass-fed cow meat.”

Stephenson says she slowly started to pull away from the trap of America’s diet culture, the all-consuming worldview that tells us trends like intermittent fasting and Keto will make us the best – read: thinnest – versions of ourselves. “It was such a different way of living than I had been used to,” Stephenson says. “I saw a difference in my energy and skin and mindset.”

“It started with me doing some recipes and wine posts, then people asked me to cook for them so I started doing catering and dinners,” she says. Stephenson found her niche doing personal chef work, helping to gently shake people out of their elimination diet stupors. 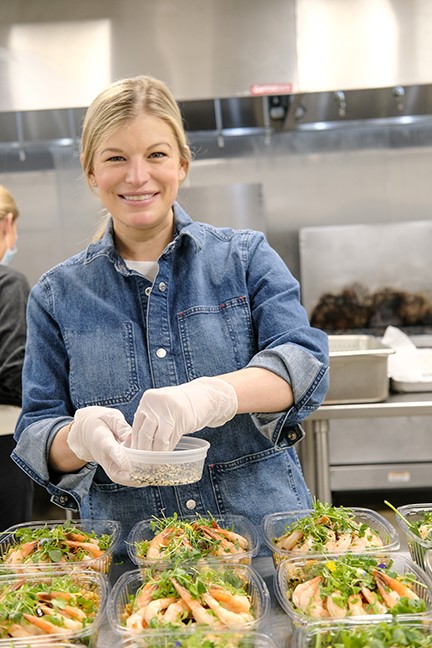 “I took a step back and realized all my clients were wanting and struggling with the same thing,” she says.

Their non-negotiables? Most folks were trying to lose weight, or they wanted to cut certain common food allergies out of their diet, like dairy and gluten. They wanted delicious meals made with high-quality ingredients that wouldn’t leave them feeling like they needed a post dinner nap.

“I was doing the exact same thing for each client,” she says. In 2019, to reach a larger audience, Stephenson started creating set meal plans that aligned with the wants and needs of her clients.

“I took the beginning of 2019 to redefine my mission,” she says. “I did a friends-and-family round of testing to figure out the back end of things – how will people pay, how will we deliver the meals – and launched everything in September, about a year-and-a-half ago.”

Today, the new mom and her team are busy creating weekly meals under Le Plan, Le Grand Plan and the just launched Mommy Meal Plan. Le Plan includes three meals, two servings each, delivered every Tuesday afternoon for $145 a week. Le Grand Plan is one extra meal with two servings at $175 a week.

Menu items change, but all meals in each plan are always gluten-, dairy-, soy- and refined-sugar-free. There are chef favorites, which Stephenson says they highlight every six weeks. These include the vegan kale Caesar, the vegan teriyaki bowl with coconut sticky rice and mixed veggies and the beef Bolognese over chickpea pasta.

“I’m really excited for summer,” Stephenson says. “Everything is so simple and fresh.” Look for menu items like homemade sorghum molasses barbecue sauce with chicken and succotash – “We source all our veggies locally” – grilled shrimp with romesco, a greens and grains local strawberry bowl drizzled with poppyseed dressing and a cucumber gazpacho.

Stephenson designed the Mommy Meal Plan with friend and fellow new mom, registered dietitian Cayla Jablonski. “It was definitely created with postpartum nutrition in mind, but we’ve had a lot of non-new moms order it just for themselves,” Stephenson says.

The meals in Mommy Meal Plan are designed for two servings, but items like the blueberry banana oatmeal with collagen and super seeds can be spread over four to five days, as can the savory snacking granola and golden milk chia pudding.

When clients receive their postpartum meal plan, they’ll get a menu that explains the health benefits of each meal. For example, the warm rice bowl with veggies and poached salmon helps fight inflammation and can be passed through mother’s milk to help with the baby’s brain development.

“That really is the basis of Kate Uncorked,” Stephenson says. “We really take a holistic, mindful approach so we can change your relationship with food, rather than trying to cut out whole categories of food. We ask, “What can we introduce to make you feel better?’”