Guitarist Kelley Deal talks about the Breeders’ return to form 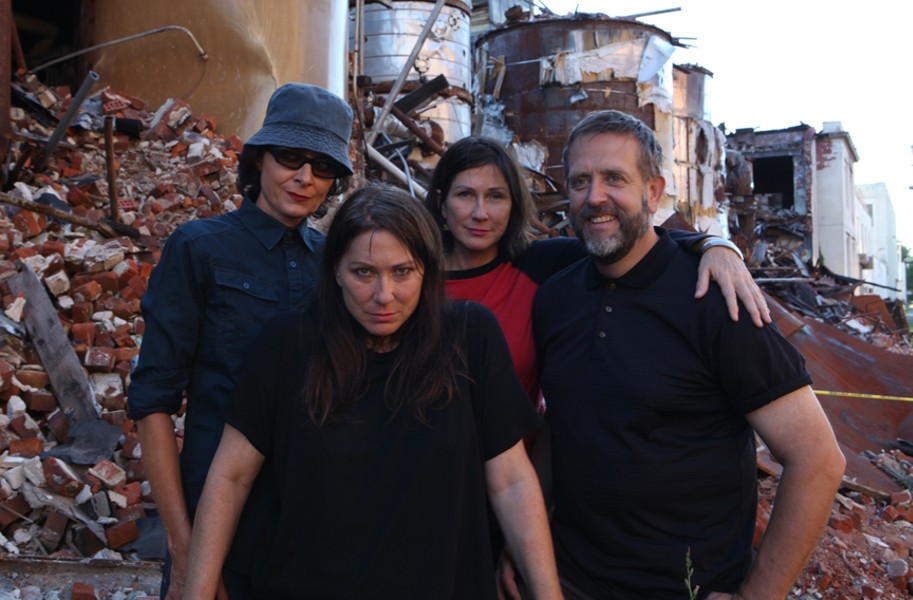 The Breeders' Kelley Deal is a "weather talker."

I know this because this is the first thing she tells me when I call her. At first, I'm not sure if this is a warning or an apology in advance.
"
I can talk about the weather all day," she confesses, before assuring me she will do her best to not subject me to hot takes on the subjects of barometric pressure and humidity. After all, there's a great new Breeders record to discuss.

"All Nerve," released on 4AD in March, is the band's first record in a decade, and the first to feature the classic 1993 lineup of Kelley and twin sister Kim, bassist Josephine Wiggs, and drummer Jim Macpherson.

The music of the Breeders has always been a study in contrasts: an unlikely blend of tension and abandon, sweet harmonies and heedless chaos. "All Nerve" showcases this duality via 10 of the strongest songs of the band's career (and one choice cover), along with some knotty post punk ("Metagoth") and swirling shoe gaze ("Dawn: Making an Effort") added for good measure.

I spoke with Deal in advance of the band's upcoming performance at the National on Oct. 23.

Style Weekly: How much did the "Last Splash" reunion tour in 2013 have to do with reconvening with the original lineup for this new record?

Kelley Deal: It had everything do with it. Originally, there was no strategy or any long-term goal or plan — we were just getting together to celebrate [the anniversary of] "Last Splash" and to take the opportunity to play that record from start to finish, which was going to be super fun. We were really looking forward to doing that. We even had ["Last Splash" violinist] Carrie Bradley. And then we started adding stuff, because of Josephine, who said [humorously affects bassist Josephine Wiggs' English accent]: "Well, let's do [1990's] "Pod" as an encore; let's just play the album; it's only 30 minutes." So we started doing that. And then Kim had some new music — she had been doing a series of solo singles — and Josephine, Jim and I were all playing music in other capacities, and that's when we just thought, "Well, what if we started adding more stuff?" Also, we really enjoy each other's company, and I think that's the main impetus.

You guys have recorded some great covers over the years: Aerosmith's "Lord of the Thighs," Devo's "Gates of Steel," Michael Nesmith's "Joanne," and the Beatles' "Happiness Is a Warm Gun." On "All Nerve" you cover German psych band Amon Duul II's "Archangel's Thunderbird." How did this unlikely cover come about?

Well, you remember mix tapes, right? Well, we had these mix tapes from over the years, and it was just a song that was on a cassette mix tape from, I think, the early 2000s, or something. We were passing it around, and we've just always loved that song. And it really lends itself to doing a cover. Kim's vocal delivery on that was really great; that's the hardest thing, getting that [sings]: "Take the Archangel's Thunderbird. …"

That particular cover, combined with the layers of guitars on songs like "Dawn: Making an Effort" and "Blues at the Acropolis," makes me wonder: is this the Breeders' psychedelic album?

[Laughs] No! I would not say that, but I love that you're saying it, and I fully back you saying it. You know, the thing about the Breeders is people always ask "What kind of music do you play?" and you can say "rock," but there are so many types of rock. I feel like we are an art rock band. Which means there's plenty of empty space, and texture, and layers of quirkiness.

The Breeders has been a group for more than three decades, and continue to inspire countless young artists, including people like Courtney Barnett, who appears on the album on "Howl at the Summit." Could you have foreseen this kind of legacy in 1988?

In 1988, I was working as a program analyst for a defense contractor in Dayton. So, no. God, no! S