Richmond music journeyman Buzzy Lawler finds joy in the songs of the past. 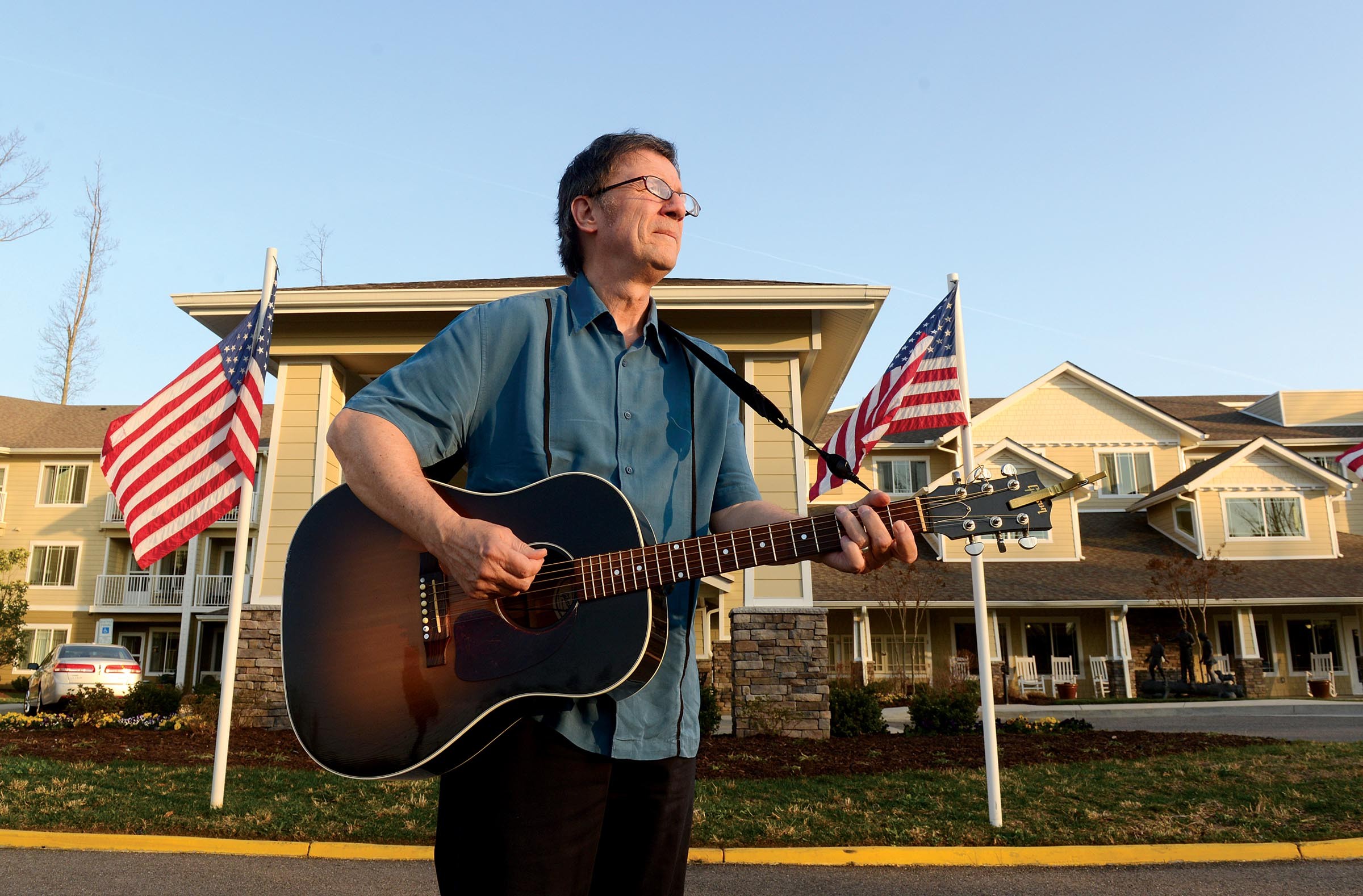 Plays in: The English Channel

I worked for years at the Album Den and Peaches out on West Broad. Then at Plan 9 starting in '92 until about two years ago. I was a buyer for most of that time. When I got laid off from Plan 9, I had no skills except working retail and I was 60 years old. That's why I thought playing music is what I've always done, so I'll make up my own job and maybe I can also give something back, too.

One day I was in Wawa and picked up a senior living guide. I called a couple places to see if they had musical entertainment, that's where I got the idea to play solo. Over the last two-and-a-half years, I've played probably close to 50 different facilities with my acoustic guitar. ... There are enough around Richmond and Petersburg to be able to do that. Chestnut Grove, the Virginian, Elmcroft, Lakewood Manor, Masonic Home, to name a few.

With my wife's vast input, I've refined it so I'm doing more songs people of our parents' age would have grown up with — the World War II era and earlier. I always encourage people to sing along. The first time it was a little scary, but the best thing is when people sing along and recognize songs. Also when you talk to people afterwards, it's great to have people say, "You bring back so many great memories," or name a song that means something special to them. Hoagy Carmichael, Johnny Mercer, Cole Porter. It has allowed me to delve into the great American songwriters. I do "Moon River" by Mancini, and always dedicate to my parents — there was always music in our house.

If they make requests, I will add them to my repertoire. Part of the fun is feeling out what they want. Ninety-five percent of the gigs are in smaller rooms, dining rooms or little library areas. I really don't need anything except acoustic guitar and my voice. It's a low-key setup. Some people will mouth the words to the songs. Dancing has been known to break out on certain occasions. Every crowd is different. Lot of times I will stop singing at the end of songs and let them finish. I did that last year before Christmas and you should've heard it, it should've been recorded because it was beautiful.

Once a lady told me that the song "Always" was the last song she and her husband heard before he went off to the war. Another lady told me one day, "It's nice to get a treat instead of a treatment." That might be my favorite.

— as told to Brent Baldwin

This story reflects a correction made to the print edition, which incorrectly named one of Lawler's previous bands, Rockin' Horse.