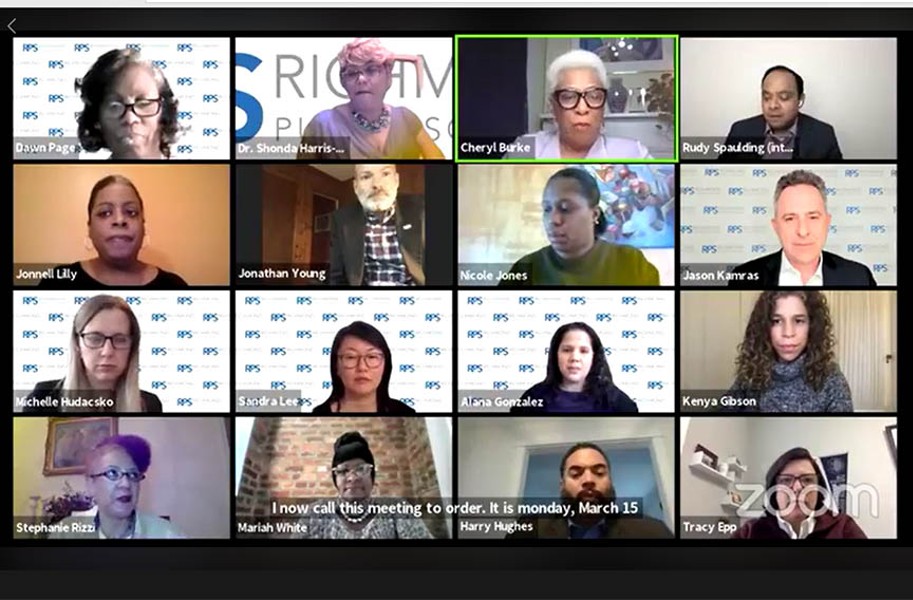 The Richmond School Board’s most recent virtual meeting, livestreamed on Facebook, was totally out of control.

Beginning at 6 p.m., the meeting did not adjourn until after midnight -- longer than Aretha Franklin’s epic funeral and not nearly as entertaining.

Judging from public comments made during the livestream, board members and Superintendent Jason Kamras all need remedial help to understand how to conduct an efficient meeting. Perhaps they need personal copies of Robert’s Rules of Order, the foremost guide to parliamentary procedure?

And just as board meetings have definite start times, perhaps they need to establish definite end times in order to spare themselves and the exhausted and exasperated parents and teachers the sprawling, never-ending meetings that feature dramatic displays of anger and rude behavior that would never be tolerated in a teacher’s classroom – or at the family dinner table.

For the sake of students, parents and teachers, Kamras and his staff need to become more upfront and transparent by providing details and documentation well in advance of meetings or town halls if they are to have any hope of being a truly transformative team that will bring much-needed improvements to the academic lives of Richmond’s children who attend our schools.

Moreover, whether inadvertently or purposefully, the Kamras administration and acolytes need to stop trying to manipulate or shame the public into agreeing with their proposals by using questionable data and engaging in a full-court media press as they did by branding the year-round school as the “equity calendar.”

Calling it the equity calendar was offensive to many parents and teachers because it implicitly suggests that anyone who opposes their proposal is somehow against equity or guilty of Massive Resistance 2.0. Team Kamras needs to realize that such comments smack of ham-handed propaganda that harms itself and the School Board. Even worse, the collective confusion wastes community goodwill.

The issue roiling at the core of the recent meeting was whether to go to year-round school.

If members of the public send in comments and the School Board posts a document containing all the comments, why in the world do the board and Kamras need to devote more than two hours reading the remarks aloud? In the online commentary as the meeting was livestreamed, one teacher suggested that the board should consider having public hearings separately from regular board meetings. Another observer noted that there were 52 pages of comments that came in before the 1 p.m. deadline. The administration and board have long wished for more community engagement and are, at last, learning what that looks like.

If the board wants to have credibility in the community, then it needs to refrain from amending the agenda at the last minute, delaying votes and proceeding to have freewheeling and confusing commentary for nearly six hours.

The Kamras administration and School Board members need to appreciate that, when talking about what they propose to do with our children and tax dollars, we take it personally. They could earn trust and demonstrate both respect and empathy were they to be truly transparent and include much-needed details and corroborating documentation upfront, rather than forcing parents and teachers to use time we don’t really have to file Freedom of Information Act requests and do independent research in order to figure out what they are really talking about.

Exhausted and confused, the board finally voted that students will not go to school year-round this upcoming year. It did agree to gather more data and community engagement to commit to year-round school for the 2022-2023 school year. Maybe.

That is if it can figure out how to safely reopen in 2021, fix a few bathrooms, repair some leaky roofs, remove mold in ceiling tiles, repair failing heat and air conditioning and explain how the expensive Eureka Math program is supposed to work. Maybe.