Virginia Rep’s production of August Wilson’s classic will look much different than the movie version. 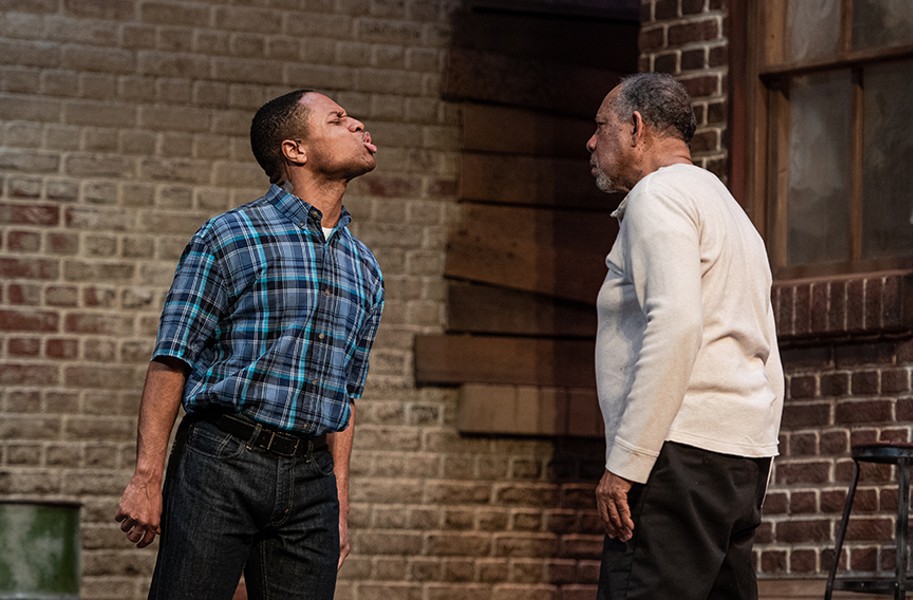 “The film introduced August Wilson to millions of people that otherwise would never have known his work and that’s a good thing, but it doesn’t come close to experiencing the work at the theater with living, breathing actors putting every ounce of their souls onto a stage every night,” says Lisa Strum, who will play Rose in the upcoming Virginia Repertory Theatre production of the play. “The energy is electric, spontaneous and the show is never the same from one performance to the next. It grows over time. A film can’t do that.”

Director Tawnya Pettiford-Wates says this production will also probably look a bit different than previous productions audiences may have seen.

“I have to honestly say that whenever a woman directs a play, that immediately sheds a different light on the play,” she says.

When Pettiford-Wates first saw “Fences” herself, years ago in Seattle, she says she was slightly disappointed. “It was all men and just one woman, and I thought Rose was underutilized, I didn’t hear her voice enough.”

Rose, Troy Maxson’s put-upon wife, whose decision to raise the daughter of her husband’s mistress is both heartbreaking and beautiful, will assume a more prominent position in this production.

“The role in our production is very much utilized. Her presence is felt in the context of the play and she’s an integral part of this story as I have interpreted and staged it,” Pettiford-Wates says.

“She is at the play’s heart center,” Strum adds. “Rose is love and balance and she sees the best in everyone. But a rose also has thorns, and when she’s pushed to the limit, we see shades and colors of her that make her an incredibly human and complex character.”

Pettiford-Wates says there is a debt owed to women of Rose’s 1950s generation.

“Particularly African American women, who held the ground at that particular point in time — that backyard that Rose sort of never left,” Pettiford-Wates says. “And that little girl that she’s raising is going to be different. She’s going to give that girl agency, the ability to speak in her own voice, things that the time period did not allow Rose to have.”

This production is also going to emphasize the setting, Pittsburgh, another integral yet often overlooked component of this and other Wilson plays, as well as the time period and its place in African American history. Pettiford-Wates has brought in local blues musician Andrew Alli to provide an original score for this production.

“We are bringing some interesting things musically to the show,” says Jamar Jones, who plays Cory, Troy and Rose’s son, in this production. “We are really being thrust into the time period and not just with the music of the day, but with the city sounds of Pittsburgh, too.”

“Andrew Alli is an incredible blues vocalist and harmonica player and he is very much connected to the period,” Pettiford-Wates says. “The blues is also an art form that comes out of the African American community and experience and we’re trying to highlight that in the play.”

In addition to highlighting the African American experience in the 1950s onstage, Virginia Rep will honor the legacy of the black baseball leagues of that time with an exhibit in the lobby.

“Pittsburgh has a rich baseball tradition and Troy was so influenced and affected by the sport, he uses it as an analogy for life,” Pettiford-Wates says. “It’s a motif throughout the play, and of course Jackie Robinson broke the color barrier there after Troy’s time.”

This production promises to be a true celebration of African American community, family and history, but Jones says the show has a universal appeal.

“The first director of the original production, Lloyd Richards, said that the goal is just to show the truth of life onstage,” Jones says. “The story is so huge, anyone can connect because August Wilson has just created such rich work.”