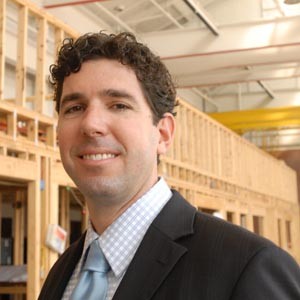 It was a simple scheme. Developer Justin French — who pleaded guilty to two felony counts of wire fraud and unlawful monetary transactions last week — submitted fake construction invoices to his accountant, and to state and federal agencies, to secure grossly inflated historic tax credits on his development projects, sources close to the investigation tell Style Weekly.

As part of his plea, French confessed to a scheme that cost the state and federal government, investors and banks somewhere between $7 million and $20 million. Investigators are still sorting out the total damage, according to federal and state prosecutors.

Federal prosecutors built their case around one specific project on Belleville Street, for which French submitted tax credit applications that claimed expenses of $1.57 million to renovate the property, according to court documents, when in fact his expenses were only $336,000. He received $707,176 in state and federal tax credits. He should have received only $151,200.

David Gammino, owner of City & Guilds, one of French's contractors, was asked by federal investigators last year to review construction invoices that French supplied to his accountant as part of the cost-certification process at the Virginia Department of Historic Resources, which administers the state's historic tax credits. The invoices, bearing the name of his company, “had not been prepared by City & Guilds,” Gammino says. The construction costs were “four and five times the amount” that Gammino billed French.

An accountant for French, who spoke on the condition of anonymity, says he had no way of knowing if the invoices were false. To receive tax credits of more than $100,000, the state requires a certified public accountant to review the qualified construction costs. The accountant says he'd been working with French on tax-credit projects since 2007, and that French's invoices appeared legitimate.

“I compare what they think the qualified costs are and then compare [those costs] to the construction invoices,” the accountant says. That's “all I'm required to do. … I'm not a contractor. I don't inspect the property or perform an audit.”

The accountant says the FBI and the Internal Revenue Service “at this time have no issues with my work papers.”

In the process of preparing 2009 tax returns in February 2010, the accountant says he began to get concerned when French refused to supply the necessary financial information to complete the tax returns.

“Problems or issues would not become apparent to me until I compared construction payments in the subsequent year with outstanding liabilities,” he says. “French's office was always too busy to provide me with 2009's books and records.”

French's guilty plea may not be the last, however. Neil H. MacBride, U.S. attorney for the Eastern District of Virginia, says the probe is ongoing, but declined to comment on whether others could face charges.