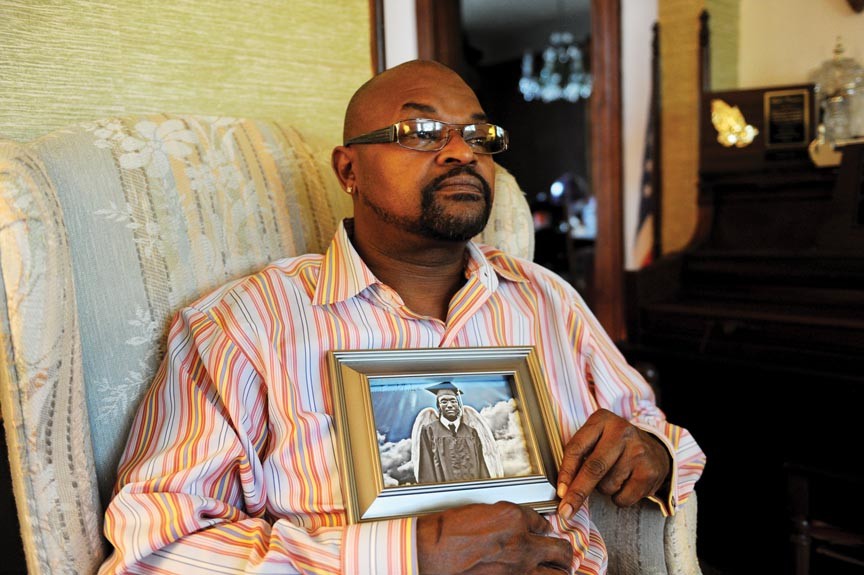 On Saturday morning, that struggle came to an end, when Brown lapsed into a diabetic coma and died.

"He was grieving so hard," says his mother, Phyllis White. "His heart shut down."

On March 13, Brown learned that his only son, Michael K. Brown Jr., had been shot to death downtown. Two days later the family received word that the young man had been accepted into the Virginia University of Lynchburg.

"It's just not right," Brown told Style Weekly last month. "He said, 'I'm going to make y'all proud,' and they just swept him away."

Brown's son had gone out with friends on the eve of his 20th birthday. Less than an hour after midnight, a bullet struck him from behind as he walked near Fourth and East Main streets. No arrests have been made.

The elder Brown had accumulated a lot of friends, often through his catering business that he hoped to leave to his son. One such friend was Andre Brimmage, who says the elder Brown was dedicated to his family.

"It's sad to see the situation pan out like that," Brimmage says.

Last month Brown said he often felt his son's presence. He felt sure they would be reunited in heaven. "I told him, 'You beat me to the race, but you save me a seat. Because I will see you.'"