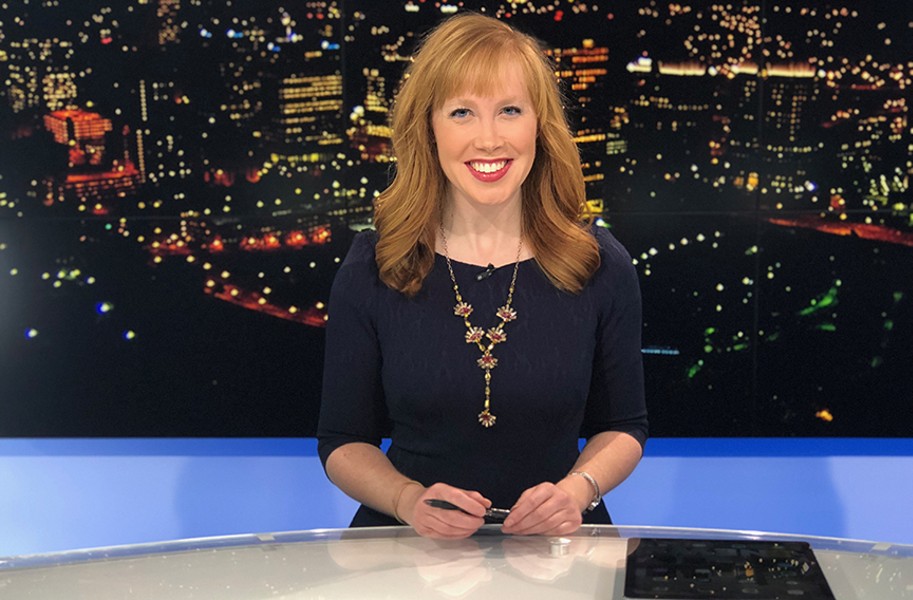 Gretchen Ross doesn’t remember specifics about her first TV appearance — it was certainly during graduate school, and she delivered either a news report or a weather forecast. When that day came for her to stand in front of a camera for the first time, it felt like she’d already been doing it for years.

“I grew up watching the news, and I wanted to do that from the time I was young,” she says. “I would practice in my bedroom. I’d take the newspaper and practice reading from it.”

With a master’s degree in public affairs reporting and several years in the industry under her belt, Ross has been delivering the news in Richmond for about two years.

She finds the work to be most impactful and rewarding when she’s able to follow a story long-term. She sat down with the family of Markiya Dickson, the 9-year-old who was shot and killed at a park over Memorial Day weekend, and public education is at the top of her priority list.

“Some days you have those good one-off stories, where you’re just doing it once, and that’s fine,” she says. “But in the education stories I’ve gotten to do, I get to talk to students and parents, because that’s who’s impacted.”

Building trust when you’re new to town can be a challenge, she says, and getting involved right away is key.

“Start interviewing and talking to people, build relationships,” she says, noting that a city’s gatekeepers aren’t always who you’d expect. “You have to put in the extra work.”

As of press time, Ross had just accepted a new job within Nexstar Media Group, which owns WRIC-8.