by Rich Griset and Brent Baldwin 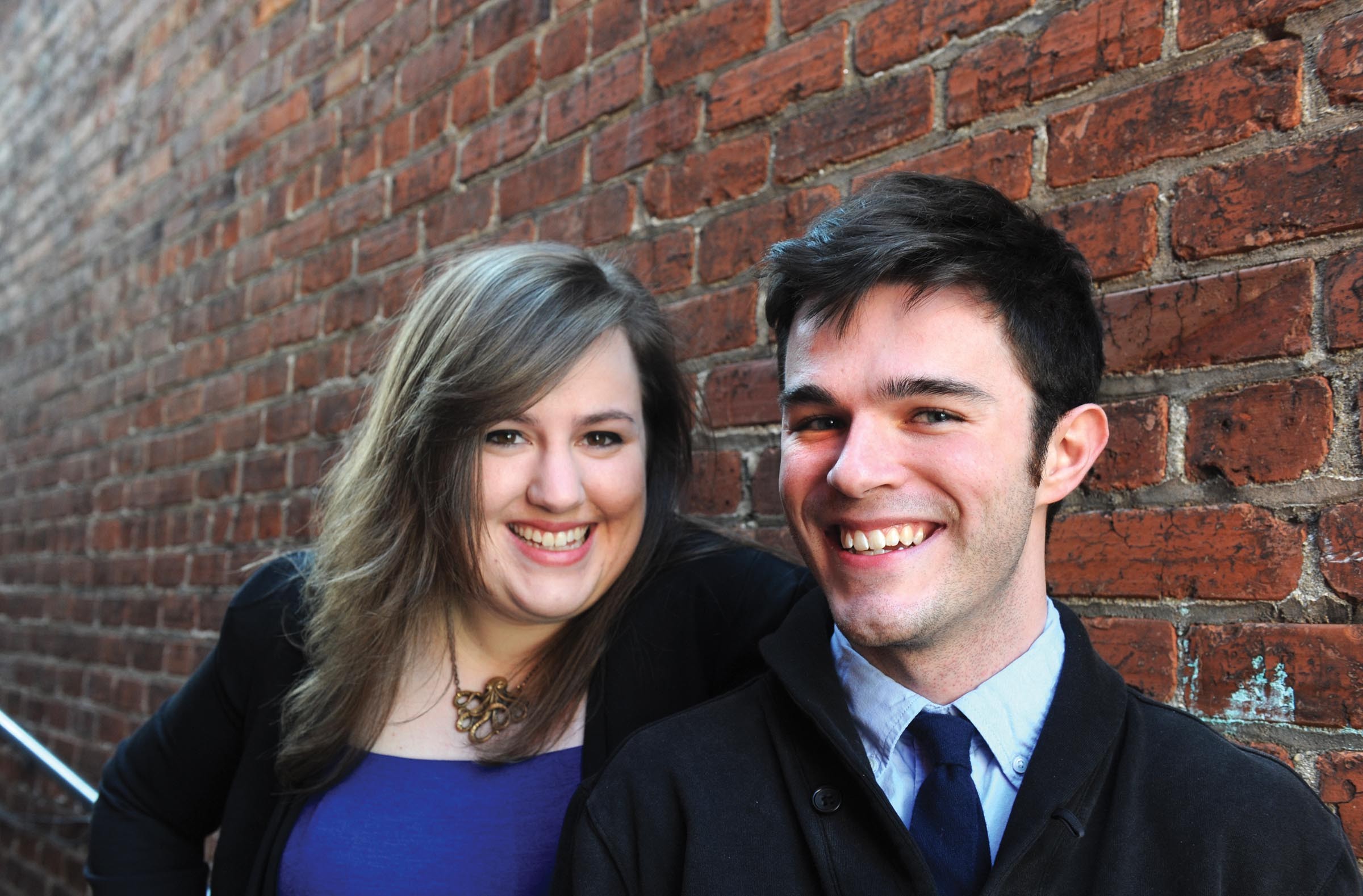 Ever since he was a kid attending Goochland Middle School, Deejay Gray liked to tell stories — the crazier the better.

"I would always get in trouble for lying about stupid things, so my mom was interested in finding an outlet for me," says the 24-year-old artistic director of the fledgling TheatreLab. "She put me into a YMCA after-school program which is where I was bit by the acting bug."

To be more specific, at age 11 he played the King in a musical production of Rodgers and Hammerstein's "Cinderella" — the same version made into a movie with Brandi and Whitney Houston ("I must've watched that a thousand times," Gray says.).

During his junior year at Radford University, he had an internship assisting his professor by helping direct "Driving Miss Daisy" at Roanoke's Mill Mountain Theater, where he saw something that stuck with him and helped decide his future career.

"During the production, the [theater] board walked in and said 'Pack up your bags,' the theater was no longer functioning — some financial problem," Gray recalls. "People who worked at the theater were crying on the phones to their wives. I'll never forget that. It made me really want to find ways to help local theater companies."

That resolve only strengthened after college with a year-long internship at the New Stage Theater in Jackson, Miss. "They had such a small staff and only four interns, so we did everything," he says. "Most exhausting year of my life, but I got a lot of opportunities to become a leader. I met young people who were amazing and wanted to make a difference. So really my goal was to bring that energy back to Richmond."

The idea for TheatreLab began about a year ago while Gray was stage managing Firehouse Theatre Project's "Why Torture Is Wrong, and the People Who Love Them." Firehouse's founding artistic director, Carol Piersol — recently ousted by the company's board (see this week's Cover Story) — asked Gray what he wanted to accomplish in the theater. His answer was education outreach. Piersol asked him to write a proposal, which was accepted a few months later by the Firehouse's board of directors. TheatreLab now has a collaborative services agreement with the theater.

"We've made it our goal to give young people as many chances as possible," Gray says.

The company's goals include staging new and locally developed works, education and community outreach, assisting other theater companies and giving younger artists an outlet to create. Recently, for example, TheatreLab found grant money so that public school children could see the company's recent production of "Death of a Salesman."

"I would say that 95 percent of those kids had never seen a theater production," says Gray, who notes that TheatreLab also helped secure internships for high-school students at the Firehouse.

Since TheatreLab formed a year ago, the company has produced six new works, often written by young artists. Last summer's "Trojans" was written by Augustin J. Correro while he was finishing his master's degree in fine arts degree at Virginia Commonwealth University. The company's recent "Life of Hannah" was written by Michael Musatow, a VCU freshman.

"We are here to provide a platform for young adults to create," says Annie Colpitts, TheatreLab's managing director and an office manager at the Firehouse. Colpitts is the only paid staffer besides Gray, and the company is close to attaining nonprofit status, Gray says.

Next up for TheatreLab is August Schulenburg's "Riding the Bull," which will be performed at Gallery5 in March. The company also has scheduled Stephen Karam's "Speech and Debate" for May, which will be directed by Richmond Theatre Critics Circle Award-winner Keri Wormald. Style Weekly's theater critics are members of the circle.

In the meantime, the company is keeping busy by aiding other theater companies. As part of its street-team initiative, TheatreLab helps put up posters for shows at the Firehouse, Richmond Triangle Players and Henley Street Theatre. Last month it helped Petersburg company Sycamore Rouge move.

"We really want to be seen as a resource for local theaters," Colpitts says. "We want to play with all the kids on the playground."

As far as the drama involving the ousted Piersol, who originally believed so much in Gray, he says it's been disappointing — but that he's reserving judgment while Firehouse works through its issues. "There is a sense of the unknown moving forward. Change can be scary," he says. "Honestly we don't know what will happen next, but we're trying hard to be professionals." S

TheatreLab's "Riding the Bull" will be staged at Gallery5 from March 10-19. Information at facebook.com/thetheatrelabRVA.