The School Board’s most outspoken member, Kim Gray, faces losing her seat to redistricting — but not without a fight. 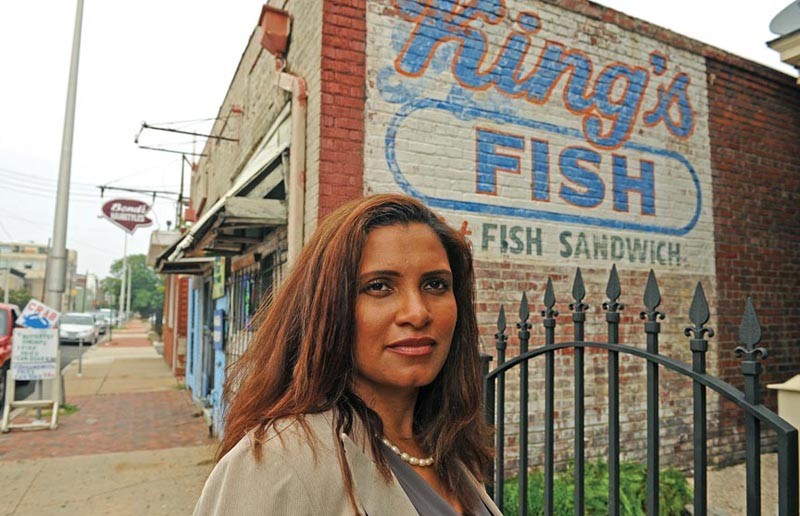 This is how Kimberly Gray, who holds the 2nd District seat on the Richmond School Board, is handling the prospect of losing it: “I’ve found it a great privilege to serve the district and to push for change for the kids,” she says. “But it wouldn’t be the hardest thing to walk away.”

If she sounds resigned, there’s good reason: In her first three years in office, Gray has been one of the board’s most outspoken members, pitting her against a politically entrenched school administration that has the backing of City Hall. Perhaps not so coincidentally, she’s the only board member who faces the prospect of losing her seat not to politics, but geography. The redistricting proposal before City Council would carve out a new 2nd District that she doesn’t live in.

In 2008 Gray, who is biracial, coasted to victory in a majority white district, ousting Lisa Dawson, formerly vice chairwoman of the School Board. Now Gray’s set to become the one and only political casualty of the process designed to ensure equal opportunity for minority participation in local government.

In the works since January, the draft of City Council’s redistricting plan has Gray’s home neighborhood of Jackson Ward being absorbed into the 3rd District. If the plan is approved, Gray has three options: Challenge fellow board member Norma Murdoch-Kitt for the 3rd District seat, move, or walk away from public service.

“There are no easy answers,” Gray says, with a rueful chuckle. “But I think there would be a lot of people happy if I decided to walk away, simply because I ask a lot of questions that no one dare ask.”

Opinions vary on whether this is a positive. During her tenure, Gray frequently has butted heads with fellow board members and Superintendent Yvonne Brandon over her failure to bring contracts before the board for preapproval. She’s also continually tried to cut through the fog regarding the school system’s compliance with the Americans with Disabilities Act.

A University of Virginia study commissioned by the Richmond Public Schools seemed to take Gray to task for just that. Ron Broadbent, the author of the 2010 report, wrote that to be effective board members “must find a common ground that will allow them to operate and behave in ways that allow for personal differences and beliefs, yet puts aside the personal anger, petty politics and other behaviors displayed by individual board members that interfere with the board’s ability to do its job.”

The report then went on to criticize Gray and frequent ally Murdoch-Kitt for ignoring protocol and speaking out of turn. Gray now calls its release, and the report’s critique mentioning board members by name, “unfair.”

“No other board would have commissioned a report that would have been allowed to criticize a board member,” she says.

Board Chairwoman Kimberly Bridges says the report was intended as an assessment of the board as a whole. It contained critiques of everyone, she says — “it’s just that not all of them made the newspaper.”

Asked what implications Gray losing her seat might have on the board, Bridges says that each member has an equal voice in decisions made by the board as a whole. “To that extent,” she says, “everyone on the board is important.”

Gray concedes that her public interactions with fellow board members, as well as with Brandon, the superintendent, at times have gotten terse.

But is there a connection between that and Gray being the only incumbent to get drawn out of their seat?

“I do think it’s intentional,” she says. “The goals of the redistricting process can be accomplished without me losing my seat.”

With a vote on the draft plan looming, that might be a tough sell to members of City Council. Councilman Chris Hilbert of the 3rd District says he’s willing to listen to alternative plans, but council would be “retreating from our original criteria if we considered an alternative plan that does not keep communities of interest together.”

It was early in the redistricting process when the council settled on the list of criteria with which it would redraw the city’s nine voting districts. Unfortunately for Gray, the council opted not to protect incumbents. “This is the plan that met those criteria,” Hilbert says.

Alternate redistricting proposals drawn up by a special advisory committee to Mayor Dwight Jones also called for Gray to be drawn out of her seat. Other details of that plan, which notably attempts to spread out the poorest districts among School Board and council members, haven’t been incorporated into the council’s draft, Hilbert says.

With just 15,983 residents who are of voting age, the 3rd District is the city’s smallest. By moving Jackson Ward and the Gilpin Court housing development into the district, Hilbert says it will increase the total number of potential voters and consolidate black voters in what is already a district with more than half minority voters.

By purely political standards, the move is unusual, says local pundit and frequent School Board critic Paul Goldman. If Gray ultimately loses her seat, Goldman says, she could set her sights higher and mount a challenge against a sitting member of City Council, possibly even Hilbert. “The reason they usually don’t mess with incumbents is because they have a base that they can get riled up,” Goldman says.

But Gray maintains that challenging an incumbent, on School Board or City Council, isn’t her preferred option. Most members of council have expressed their support for the redistricting plan, including Hilbert.

Whether Gray can convince Hilbert and the other eight members of council that there’s a viable alternative to the plan is an open question. The council is scheduled to finalize the plan in late September. Then it must be sent to the U.S. Justice Department for approval, which means that Gray has only a short window in which to make her case.

“I’m going to fight this,” she says. “My focus is to help our children by improving their educations — and to do that I’ve got to stay in the game.” S