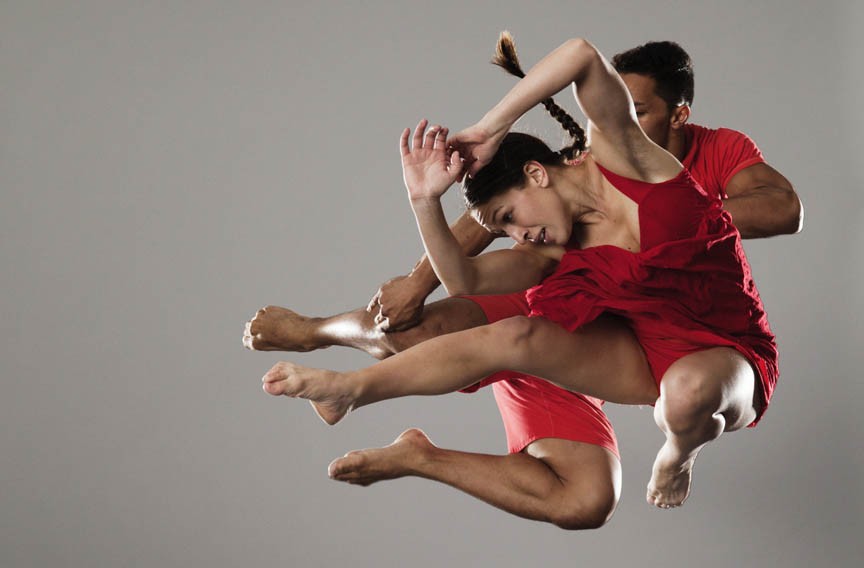 Ieremia's choreography, routinely described as "thrilling" and "percussive" as well as intensely physical, has earned the company an international reputation for excellence and innovation. As dance critic Jennifer Dunning wrote in The New York Times, Ieremia "has spread his artistic roots in several rich pasts and grown up and out into a sunlight of his own making."

Originally conceived as an all-male company, Black Grace has expanded to include male and female performers of Pacific Islander, Samoan and Maori descent. The term "black" in the company's name refers to "courage" in the Maori and Pacific Islander argot of the 1980s.

Deborah Sommers, executive director of the University of Richmond's Modlin Center for the Arts, notes Ieremia's "soul-searching exploration of identity" as a force behind the company's ongoing evolution and success.

The program for these performances includes a recent work by Ieremia titled "Vaka," which means canoe, inspired by a video installation "The Raft" by Bill Viola. It explores the transformation of a group of people unconnected, crowded together, and then subjected to a cataclysmic flood — disaster as a unifying force.

Ieremia describes his development of "Vaka" in a program note: "During this creative process we have realized that we are our own vaka carrying our values and belief systems, experiences and memories good and bad, and a hope that when we leave this planet we leave it in a better shape than when we found it." He adds that one question struck with him when he considered "The Raft": "Why does it often take a disaster or life-threatening events for humans to demonstrate humanity?" Why, indeed.

Another work examines the controversial portrayal of Maori explorers in the infamous 1898 painting "The Arrival of the Maoris in New Zealand" by Louis J. Steele and Charles F. Goldie. Maoris and ethnologists disparage the painting's colonialist appropriation and distortion of Maori history.

This is the promise of great dance — to grapple with the questions we ask ourselves alone at night or among crowds, to crack open our souls through the work of bodies, and let some light pour in. S