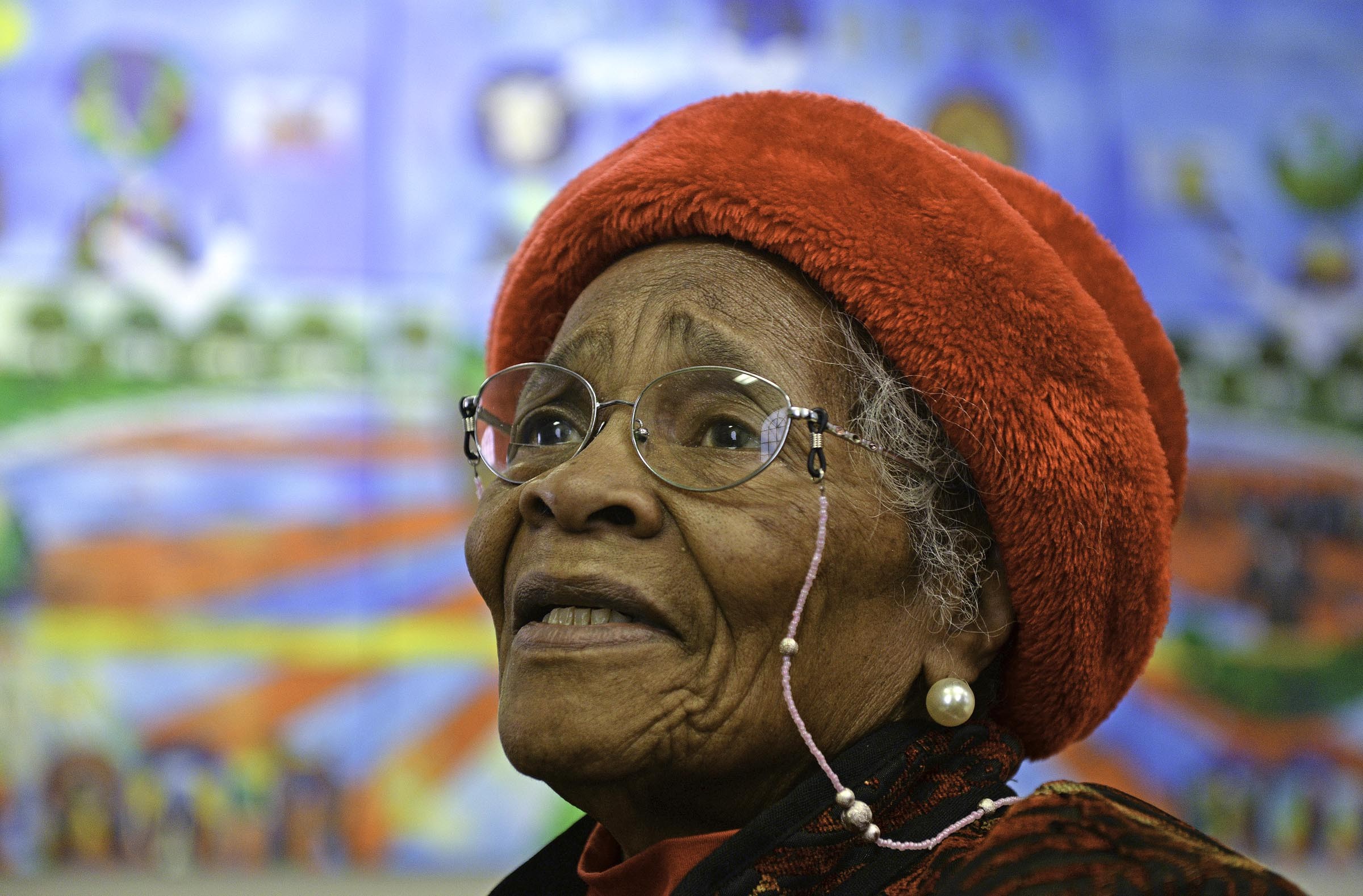 Richmond’s gospel queen, Maggie Ingram, has boarded the “heaven-bound train to glory” in the words of her daughter, Rev. Almeta Ingram-Miller.

The 84-year-old matriarch of the Ingramettes group for six decades, Ingram died at home surrounded by family and friends on June 23. She had suffered from cancer and Alzheimer's disease in recent years.

The Ingramettes had just returned from Milton, Delaware the Saturday before she died. “Mother was unable to travel with us, but she gave us her blessings and we had a great service,” says Ingram-Miller, lead singer for the generational group which also features an Ingram granddaughter.

Recently, Ingram’s pace and singing had slowed a bit causing concern for her health. During a recent concert where the Ingramettes performed without her, Ingram-Miller remarked, “This is only the second concert we have ever done without momma.”

An ordained minister, “Mother Maggie” Ingram was a gospel icon and beloved performer whose music was characterized by a high energy and traditional sound that always brought the crowd to its feet with contagious hand clapping and foot-stomping beats. An annual closing highlight at the Richmond Folk Fest, she also played esteemed venues such as the John F. Kennedy Center for the Performing Arts as well as conducting seminars at various colleges.

She was a role model to many, revered as much for her impassioned performances as for her commitment to her family, church and her fellow human beings. In the 1970s, Ingram formed a prison ministry, later partnering with the Mount Gilead Baptist Church to minister through song to prisoners at the Richmond jail. She also ran a daycare service at one time and delivered food to the needy.

Style Weekly most recently wrote about Ingram in February, when she and her family packed the VMFA for a free evening concert in celebration of black history month. As her daughter predicted at the time, it would be one of her final performances. She spoke then about the legacy her evangelist mother had passed down.

"Her life has been one of service. We’ve seen her literally give her life away to humanity, open the doors of her home," Ingram-Miller said. "It does not matter what your situation is. There is hope if you’re still here. God has something for you to do.”

In 2009, Ingram received the Virginia Heritage Award for a lifetime of excellence in the folk and traditional arts. And she kept singing right until the end.

"Alzheimer's had really taken hold but when she got onstage, still to her last day, it was incredible. Somehow the music would still flow through her," says the state folklorist of Virginia, Jon Lohman. "You just have to step back and rejoice that she lived in this world."

Ingram was born July 4, 1930, on Mulholland’s Plantation in Coffee County, Georgia. She worked in the cotton and tobacco fields with her parents while growing up. Early on in her music career, while performing with the Six Trumpets, she was asked by the godfather of soul, James Brown, to sing back-up but passed on secular music. She moved to Richmond in December 1961 because her second eldest son suffered from rheumatic heart disease. Here, she worked in the home of legendary civil rights attorney Oliver W. Hill Sr.

For anyone seeking her recorded music: Barksdale “Barky” Haggins, owner and founder of Barky’s and Belle Spiritual Store, has been buying records directly from the Ingram family for years. One older record “Richmond Flood” is often in demand and they occasionally have it on cassette. The vinyl shop, Steady Sounds, most frequently carries her albums “A Tribute to Granny” and “God Works a Miracle,” according to co-owner Marty Key. Also there’s the recent “Maggie Ingram and the Ingramettes: Live in Richmond” CD available at fine local record stores.

The good news for fans: The Ingramettes plan to continue singing because “that’s what God told us to do, and that’s what Mom would have wanted us to do,” says Ingram-Miller.

Services for Maggie Ingram will be held Thursday, July 2 at 11 a.m. at St. Paul’s Baptist Church at 4247 Creighton Road. Arrangements are being handled by the Wilson and Associates Funeral Home.