Good, With Some Grief 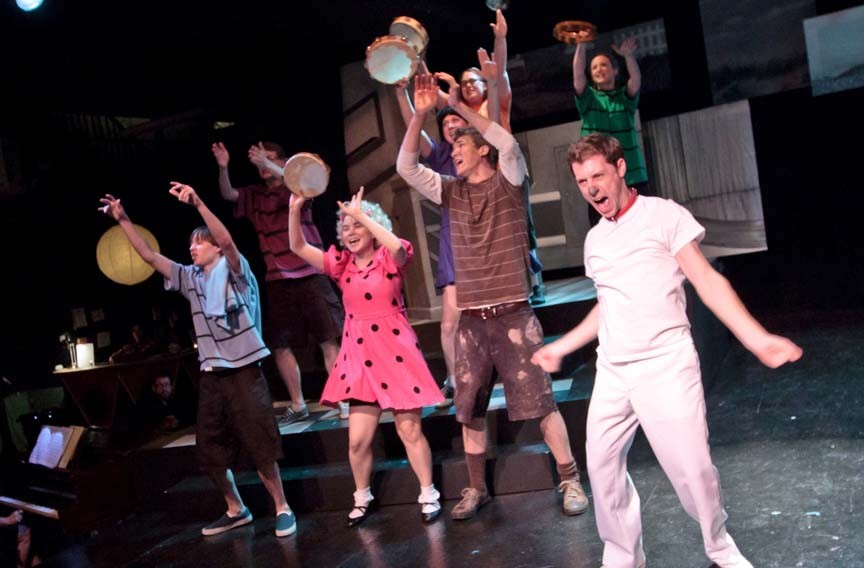 "You're a Good Man, Charlie Brown" is a delightful collection of vignettes that adapts for the stage the bittersweet life of the famously blockheaded boy from the "Peanuts" cartoons. The cast of the Firehouse Theatre Project's production does a fine job of bringing Charlie Brown and his iconic playmates -- Lucy, Linus, Pigpen, and of course, Snoopy -- to life, none more so than Kyle Cornell, who expertly navigates the line between depression and hope in the title role.

This isn't always a problem, as in the hilarious "Little Known Facts," spoken and sung by Maggie Roop as a perfectly crabby Lucy together with Jacob Pennington's wryly philosophical Linus. But it nearly scuttles an ensemble number such as "The Book Report," with cast members who can follow the spry melody line alternating with those who can't.

The counterbalance to this deficiency is a dazzling performance by Matt Shofner as Snoopy, who first hams it up gloriously in the song appropriately called "Snoopy," backed up by a clever kazoo chorus. Shofner's contagious exuberance, powerful voice and snazzy dance moves (choreographed by Amy Holland) reach a fever pitch in the second-act showstopper, "Suppertime." He also makes a nice team with the aggressively perky Sally (Audra Honaker) during their hunt for rabbits that closes the first act.

"Charlie Brown" is alternating in performance with the tragicomedy, "Dog Sees God," an edgy and engrossing look at what happens when the "Peanuts" gang reaches high school and the naiveté of youth crashes into the reality of young adulthood, performed by the same actors. Maupin's cast knocks that show out of the park. In contrast, "Charlie Brown" is more of a ground-rule double: still fun but not quite a home run. S

"You're a Good Man, Charlie Brown" plays in alternating repertory through June 25 at the Firehouse Theatre Project, 1609 W. Broad St. Call 355-2001 or go to firehousetheatre.org for show times and details.