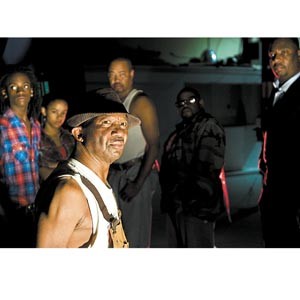 Tony Cosby is putting up fences. Not the kind that keep neighbors friendly, but August Wilson's 1983 Pulitzer Prize-winning play for which Denzel Washington won a Best Actor Tony Award earlier this year. The fallout of Washington's star turn has renewed interest in the play, at least here in Richmond.

Theater and Company, a 20-year-old group that traditionally performs shows centered on the life of Dr. Martin Luther King Jr., will stage “Fences” at the Henrico Theatre this month. The company's presentations of “Raisin in the Sun” last year and this year's “Fences” are directly related to the Broadway revivals featuring big name stars — Sean “Diddy” Combs and Washington respectively, artistic director Cosby says. “The play got 10 Tony nominations,” he says, “so why wouldn't we do it?”

Cosby is well seasoned when it comes to African-American-themed theater. He worked with Theatre IV in the 1970s and '80s, acting in a special division called Gilpin Stage Company that featured African-American shows. In the late '80s he decided to go out on his own and began writing, directing and producing original works. “When I started with Theatre IV, [they] used to do African-American theater on a regular basis,” he says. “Then they ceased to do it because their children's plays picked up and did well. Once they did that, I branched out and created Theater and Company.” The group now performs at universities, school and church groups across the state.

One thing “Raisin” captured that traditionally eludes other local theater companies is a sell-out black audience. The secret, according to Cosby, is personalized, focused marketing. Theater and Company uses a purely grass-roots method — Cosby has a list of churches, schools and civic groups that have enjoyed previous Theater and Company performances and he contacts them with details about each new production. “‘Raisin' sold out both shows last year,” he says.

Set in the segregated '50s, “Fences” is the sixth in playwright Wilson's 10-part cycle of plays about black life in Pittsburgh, and a Pulitzer Prize winner. Cosby will take the role of Troy Maxson, following in the footsteps of James Earl Jones, who originated the role in 1983. Other local actors who will bring Wilson's words to life are April Throckmorton (as Rose), John Samuels, Antonio Bowman, Teal Barber and Alexis Cosby.

VisionMakers International, a new multimedia production facility in the East End of Richmond, is offering rehearsal space, and a future performance venue, for “Fences” in November and December. “Anytime someone is so passionate about something where he's not concerned with the money but with the art ... That drew me in,” says VisionMakers co-owner, T. V. Wilson, who plays Bono. “I was inspired by Tony and his dream.”   S