A filmmaker takes a new look at Circuit City's spectacular rise and flameout. 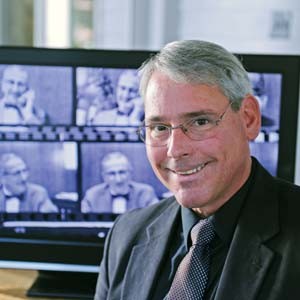 It was 1985. VCRs were hot — both Betamax and VHS. CD players were a novelty. Sony had just introduced the first consumer camcorder. There was one place to go to get them all: Circuit City.

But store manager Steve Deason was worried. At a company workshop, Deason turned to Circuit City's by-then-elderly founder, Sam Wurtzel, and told him the balance of power was tipping toward the corporate office, away from the store managers.

“Don't let them fuck up my company,” Wurtzel told Deason.

You know what happened after that.

On Dec. 8, Richmonders will see how it all went down in a new documentary called “A Tale of Two Cities: The Circuit City Story.”

It was 1985 when disillusioned TV reporter Tom Wulf and his news producer wife, Ellen, decided to leave their jobs, move to Atlanta and become sales counselors for a company that had just opened its first dozen superstores called Circuit City.

The Wulfs thrived there. Tom Wulf became a sales manager (he still has his red blazer), then a store manager. He eventually moved to Richmond, where he designed management training programs for the entire company, then rose in the CarMax ranks to become assistant vice president for store operations.

Wulf told the legend of Circuit City founder Sam Wurtzel a thousand times: to customers, to sales counselors, to managers. After the company crumbled in 2009, Wulf felt he had to tell it one last time. The result, after 25 hours of interviews with dozens of former Circuit City workers, is a 95-minute documentary that provides an intimate look at the rise and fall of Richmond's home-grown megaretailer. “Not only how to build a great company, but how to destroy it rather quickly,” Wulf says.
The history has mostly been heard before: Sam Wurtzel's brilliant take-it-home, try-it-out marketing in a town where televisions were brand-new. The far-sighted leadership of his son, Alan Wurtzel, who combined a big-box superstore concept with customer-friendly policies and took the company national. The dumb decisions of the 1990s, like the DIVX disposable DVD players, the 15 percent restocking fees and the abandonment of the profitable appliance business.

But Wulf's documentary reveals something more: the pride and the still-raw grief of the people who built the big red tower.

Long-time Circuit City employees describe the company's fall as losing their family. They speak of their hopes, even at the bitter end, that a “white knight” would come and rescue them. Jim Wimmer, who worked at Circuit City for 40 years, gets choked up as he recalls an encouraging note he once got from a high-up company exec, a note that said “I knew you could do it.” In 2008 Wimmer was asked to organize the closings of several stores. He was then told he was out, too.

The passion of the builders will surprise anyone who knew the company only in its latter days (including this reporter, who worked as an assistant manager of interactive content at Circuit City from 2006 to 2008). That's when the sales associates were surly and whole floors of gray cubes stood silent in DR3, the shabbier of the company's two corporate edifices on Mayland Drive.

“A Tale of Two Cities: The Circuit City Story” premieres in Richmond on Dec. 8 at 7 p.m. at the Byrd Theatre. Tickets are $7 when purchased at http://www.circuitcitystory.com, or $10 at the door.