This summer offers a wide variety of arts and culture events with a global theme.

“The Three Protectors of Tibet” by Tsherin Sherpa, part of the “Awaken: a Tibetan Buddhist Journey Toward Enlightenment” exhibit at the VMFA.

In addition to traditional seasonal outings, travel, and family and neighborhood get-togethers, summer can be a terrific occasion to explore cultural riches close to home.

And this year, you won't need a passport to venture far to become immersed in locales from the Adriatic to the Himalayas.

For generations the grand tour of Italy has included Vesuvius, the volcano whose eruption in 79 C.E. smothered a vibrant Roman resort town. "Pompeii — the Immortal City," is an immersive and multimedia exhibition of some 100 artifacts that continues through Sept. 3 at the Science Museum of Virginia. The extravaganza was organized by the Museo Archeologico Nazionale in Naples and the Museo Galileo Instituto and Storia della Scienze in Florence. Adult admission is $25 with reduced prices for youth and seniors.

For generations, those making the grand tour often acquire handsome reminders of their travels. "Micromosaic Jewels from the Collection of Elizabeth Locke" should dazzle visitors to the Virginia Museum of Fine Arts through Sept. 2. Within the 92 objects, images of birds, animals and landscapes, and portraits, are depicted in a diminutive form of mosaic that has its origins in ancient Greek, Roman and Byzantine craftwork.

In another VMFA special exhibition, "Transatlantic Currents: American Art from the Collection of Jane Joel Knox," visitors can discover how European travel and study influenced generations of American artists in their work— and decades later, the discerning eye of a Richmond collector. The show continues through Oct. 1.

In Washington, a trove from the storied treasures of Venice will continue to be shown at the National Gallery of Art through July 7. "Tintoretto: Artist of Renaissance Venice" is an unprecedented showing that includes 50 paintings and 12 works on paper by Tintoretto (1518-1594) whose 500th birthday is being commemorated this year. Contributing Italian institutions include the Fondazione Musei Civici di Venezia and the Galleria dell'Accademia, Venice. While at the National Gallery, one might stroll into the modernistic East Wing and pay homage to its brilliant architect, the late I.M. Pei, who died last month at age 102. 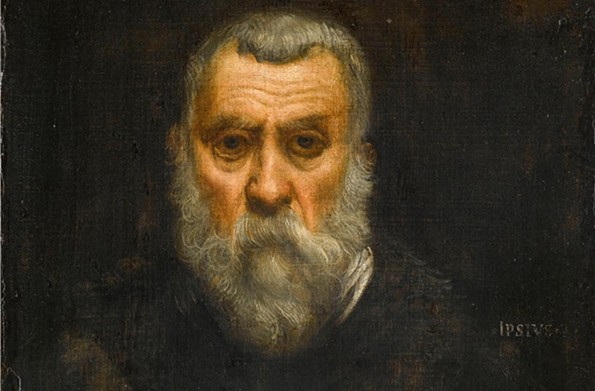 Moving culturally east of Venice — conceptually at least — you can follow the Silk Road in the direction of Nepal. The Virginia Museum continues its sublime and surprising exhibition, "Awaken: a Tibetan Buddhist Journey Toward Enlightenment" through Aug. 18. With some 100 objects culled from collections in the museum and the Asian Art Museum of San Francisco, the experiential display guides museum-goers from the daily clamor to a state of contemplation. Tickets cost $15 for adults and less for members, youth and seniors. There's no charge for the Sand Mandela Closing Ceremony, which will be held Aug. 3 at 11 a.m.

Circling back to the United States, "Cosmologies from the Tree of Life: Art from the American South," continues through Nov. 17 at the museum. The show features works by so-called folk, or self-taught, artists that embody the African-American experience and cultural legacy through sculpture, quilting, painting and works on paper. It is organized by the Souls Grown Deep Foundation, which prefers to just use the term artist.

Of course, Richmond boasts its own significant cultural and historical figures. John Marshall, the fourth chief justice of the United States and perhaps the most consequential American to have ever called Richmond home, is having a moment this summer. An exhibit, "John Marshall: Hidden Hero of National Unity," continues through Sept. 15 at the Virginia Museum of History & Culture. The exhibit includes his notebooks, spectacles and writing desk. Across town, the stately 1788 house on East Marshall Street that the jurist called home is holding a temporary exhibition, "Classical Richmond Furniture." Richmond scholar and collector Michael Phillips is the curator and the display features 20 Federal-era pieces from the late 18th and early 19th centuries.

Works by more recent local talents will be shown this summer at the Reynolds Gallery. "Cindy Neuschwander: a Means of Life," continuing through Aug. 23, is a retrospective of work by the late Virginia artist who died in 2012. Also being shown at the Reynolds is "Summer Steals," a showing of what the gallery deems accessibly priced works of art. 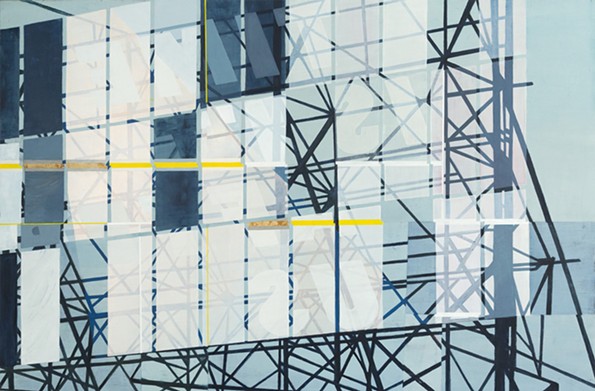 "The Wild Beasts: Peter Cochran;" "Not for Wallflowers: Laurie Fisher;" and "Fleet: Sarah Boyts Yoder" are the featured shows at the Page Bond Gallery through July 3.

Musically, the Valentine presents free concerts in its "Music in the Garden" series. BlackLiq and the Matt Coyle Trio perform from 6 to 8 p.m. on Thursday, June 13, and Paulo Franco and Tavishi are featured June 20.

The Richmond Symphony will be in high gear for six Thursday concerts this summer. The "Exploring America" recital series, from July 11 to Aug. 15, will feature the work of United States composers performed by professional musicians from the University of Richmond and Virginia Commonwealth University. All performances will be at 6:30 p.m. in the Libby Gottwald Playhouse in the Dominion Energy Center. Tickets are $20 for adults and less for students.

Finally, on June 22 at 11 a.m., admirers of the late native Richmonder and professional tennis great Arthur Ashe (1943-1998) plan to gather on the front terraces of the Virginia Museum of History & Culture. The occasion marks the renaming of the Boulevard for the first African-American to win the United States and Australian Open and Wimbledon tournaments. U. S. Rep. John Lewis, D-Georgia, a renowned civil rights activist, will speak.