Did you know that each cookie has a doppelgänger? 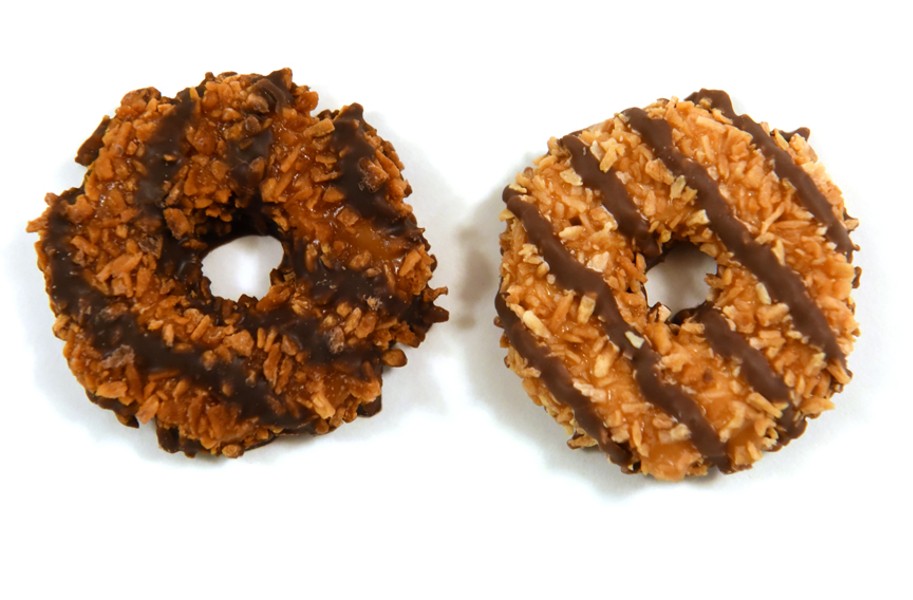 I was a freshman in college the first time I bought Girl Scout Cookies. Having been a Scout myself for 13 years, my parents bought a truckload each season, so I'd always bypassed the booths outside grocery stores. When I came across a gaggle of girls in green vests outside Kroger that January, I couldn't give them my money fast enough. It wasn't until I was back in my dorm that I examined the red and purple boxes I'd just purchased: Peanut Butter Patties? Caramel deLites? What fresh hell is this?

The assumption that the names of my beloved cookies — Tagalongs, Samoas — had abruptly changed broke my heart. It turns out nothing changed, I was just suddenly in ABC Bakers territory after growing up with Little Brownie Bakers.

Little Brownie, a division of the Keebler Co. and ABC, a division of Interbake Foods, have been the only two Girl Scout Cookie manufacturers since the 1990s — other companies were in on the action for years until the Girl Scouts of the USA limited production rights to these two. As for which areas get which cookies, that's up to each regional Girl Scout council. Which is why you'll find Caramel deLites here and Samoas an hour-and-a-half east of Richmond. The Girl Scouts of the Commonwealth of Virginia, which includes the Richmond area, recently made the switch to ABC after years with Little Brownie

So which cookies reign supreme? Frankly, you can't go wrong with any of them, but devoted fans of each bakery swear up and down that Tagalongs are far superior to Peanut Butter Patties, or that Do-si-dos don't even begin to compare to Peanut Butter Sandwiches. Even the Thin Mints, the only cookie with the same name from both bakeries, vary from one to the other. So after buying one of each from a local troop and a troop at a booth outside a Walmart down in Charlotte (thanks, Mom!), I invited Style's food writers to the office for a serious blind taste test.

It's worth noting that everyone in the room grew up with cookies from one bakery or the other. So in addition to discussing whether it would be possible to fat wash liquor with crushed up Thin Mints (bartenders out there, new cocktail idea?) several tasters noted that they automatically preferred certain cookies because they were reminiscent of childhood.

With the name-bearing boxes out of sight, each cookie was paired with its opposite bakery counterpart and given a number, to try to keep that bias at bay. There was no rhyme or reason to the numbering, so the writers couldn't assume that all the odds were ABC or any such pattern. Writers sampled each cookie, taking note of flavor, texture, appearance and overall effect. In retrospect we could've used some milk, but we did the best we could. Here are the results: 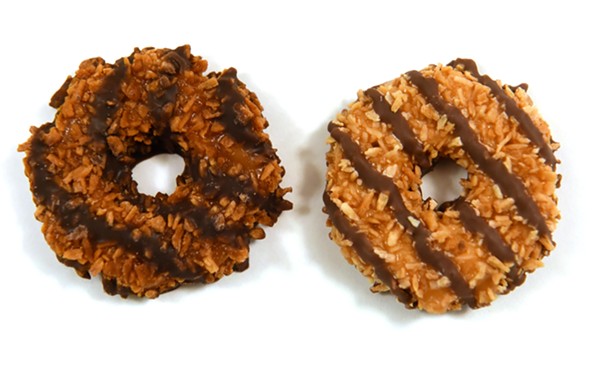 This face-off turned out to be the most contentious, with the group split straight down the middle. Right off the bat these two have the most significant difference in appearance of all the cookies, and the flavors are remarkably distinct as well. The writers agreed that Samoas are sweeter ("a little too sweet," according to one), with a more caramelized taste to the coconut. Caramel deLites are chewier, and the chocolate is a bit lighter. 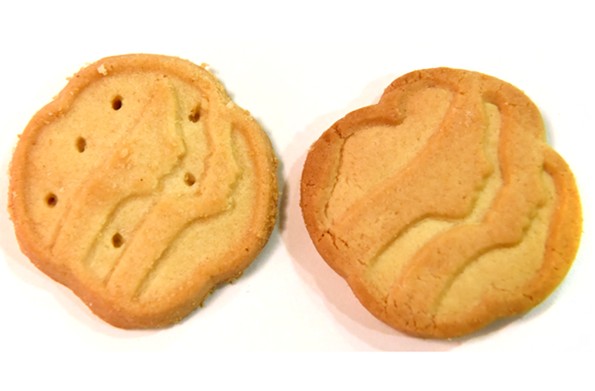 First and foremost, everyone agreed on one thing: regardless of what these cookies are called, they only barely resemble classic shortbread. The Shortbreads were the clear favorite, described as having "a lot more flavor." Many of the blind-tasters detected more butter and fat flavor in the Trefoils, while the Shortbreads offered a lighter sweetness. 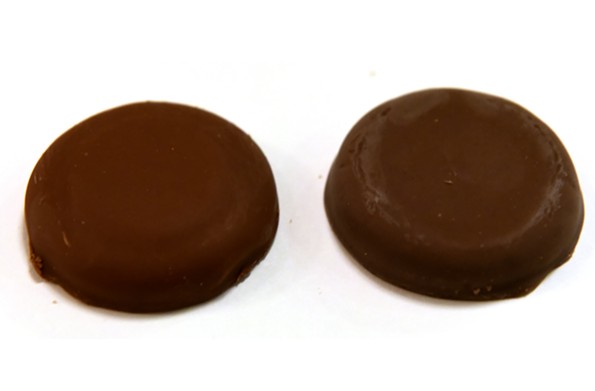 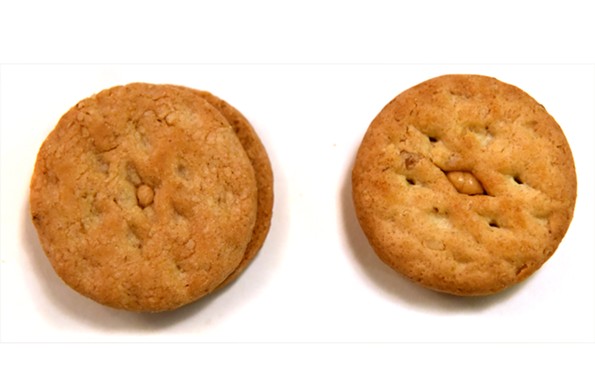 Writers described the Do-si-dos as "more rustic looking," while the Peanut Butter Sandwiches have smoother, rounder edges. The former was overwhelmingly more popular than the latter, with a sturdier cookie and creamier peanut butter. One reviewer called them "both amazing," but said the Little Brownie version "stands out more." 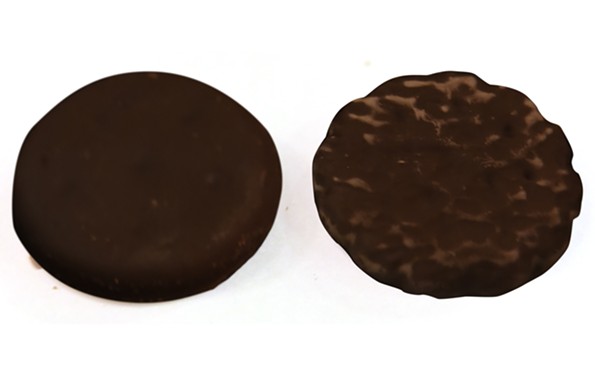 Little Brownie took the gold in this round, but only barely. The flavors of both are so powerful that the team quickly agreed to save the Thin Mints for last so as not to overpower anyone's palate midtasting. Little Brownie's cookie has a thicker layer of chocolate and thus a smoother finish, which most of the writers found appealing. One writer, who preferred ABC's slightly less minty Thin Mints, said of its counterpart "this is not the Thin Mint I grew up with."

The 2018 Girl Scout cookie season is coming to an end, but troops are still selling through the last week of March. Check out the "Find cookies!" feature at girlscouts.org/cookies to track down a booth held by a local troop. And if you've already bought a case or two, keep in mind they're about to disappear until next January. And they freeze well, if they last long enough. S