Sebadoh’s Lou Barlow on the influence of family and his new “band” record. 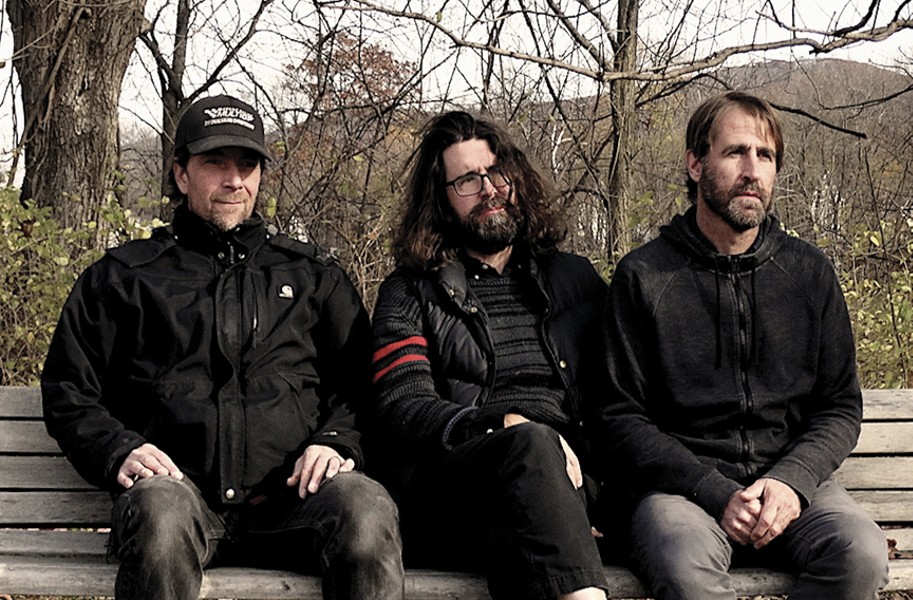 As a founding and current member of both Dinosaur Jr. and Sebadoh, Lou Barlow's name is synonymous with a kind of scrappy, heavy and heartfelt indie grunge that continues to influence a generation of younger bands.

In advance of Sebadoh's upcoming show at Capital Ale House on Monday, July 22, Style spoke with Barlow about interband working relationships, changing attitudes about marijuana and witnessing his son discover the Ramones.

Style Weekly: You've said of Dinosaur Jr.: "It's not a democracy, but it works." Is Sebadoh a democracy? Do all members get equal say?

Lou Barlow: Oh, yeah! Totally. When [drummer] Bob [D'Amico] joined, he and Jason [Loewenstein] had already been playing together and I thought, "Well, that's great." I can't even say I really thought about it, I was just like "Yeah, OK, sounds great."

It's been six years since [2013's] "Defend Yourself." How do you know when it's time to make a new Sebadoh album? Is it when you feel like you have enough songs?

It's circumstance, really. It takes time for everything to line up, and for me to not be doing Dinosaur Jr. A lot of things have to settle for us. In that six years since we did "Defend Yourself" there've been a lot of changes, so I guess I didn't really think about it too much, like "Wow, it's been a long time."

There are no acoustic solo songs on this album, which is a bit unusual for Sebadoh. Was this intentional?

On my part, yeah. In the past I always felt compelled to put some softer songs on a Sebadoh record, but that formula really just wasn't working for me anymore. I just wanted it to be a band record. I can get all the subtlety I need out of just writing songs that allow Jason and Bob to be involved. They both have great touches, so why not take advantage of the dynamics that we've been able to develop over the last 10 years of playing together?

You are something of a legendarily outspoken pot smoker. How do you feel about the mass decriminalization and changing public opinions of marijuana?

I went to the dispensary in Massachusetts, and there was an old lady in a walker behind me, and I thought, "That's nice." I love old people getting high, I think that's great. I'm less enthused about my children being exposed to extremely high THC content. I do think that people tend to want to downplay the potency of marijuana. Alcohol is worse, obviously, but pot is still a formidable brain changer, you know? I think it's worthy of respect. I really like the fact that it's so controlled now, and how they've gotten into the specifics of the effects of each strain. But it's ironic that this happens a good 30 years after I first started smoking weed and thought "Oh my god, I have to do this for the rest of my life!" Just when I figure out I don't have to do it for the rest of my life, they legalize it.

Speaking of kids: You're a father of three. Have your children exposed or introduced you to any cool music?

My daughter plays me things that she likes. She's into this English woman named Dodie who plays ukulele and is insanely talented. Music is part of what we talk about. It's a big part of us just hanging out. I try not to force anything on 'em. I don't have any agenda about my kids listening to the Velvet Underground or anything like that, I don't care. If music is a part of their lives, great, but if not, that's OK, too. My son just discovered the Ramones last month and I have to say it was a beautiful experience. He was listening to "Blitzkrieg Bop" and he just turned to me and said "Dad, the guy playing guitar is one of the greatest guitar players of all time, right?" And I'm like "Uuh … yes?" [Laughs].

Sebadoh performs with Eleanor Friedberger at the Capital Ale House on Monday, July 22. 8 p.m. $20. Tickets are available at ticketfly.com.